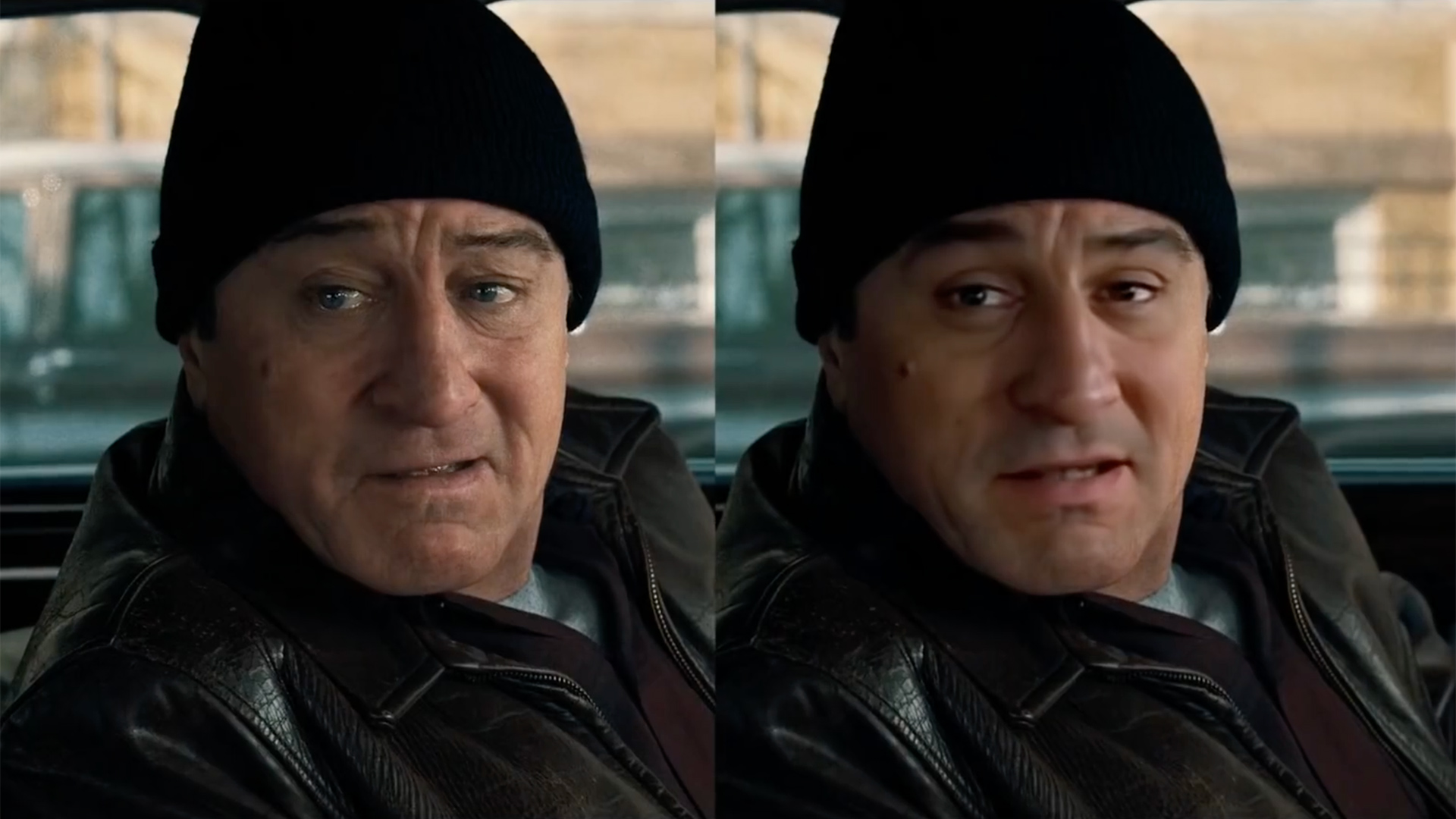 Deepfakes until now have mainly provided a lot of amusement to YouTube viewers. But as this video shows it can have a really useful purpose for moviemaking. Even drastically improving dodgy effects made by the professionals costing millions of Dollars!

Recently Netflix premiered The Irishman, which reunited Robert De Niro, Joe Pesci, and Al Pacino, all actors very much into their mid-late 70s. The film spans half a century, telling the story of real life mobsters, and it entailed the actors played the parts of their younger selves throughout.

Which is a bit of an issue of you are an actor approaching 80! Not surprisingly the filmmakers made use of new, supposedly groundbreaking, CGI to make the actors look much younger in the relevant scenes. Also not surprisingly the results of trying to make a 76 year old Robert De Niro look like he's in his 20s and 30s were, shall we say, mixed. Okay let's be honest, it wasn't very good at all, made worse by the fact that pretty much everyone remembers how De Niro and his co-stars looked when they were much younger. I don't think anyone remembers De Niro in Raging Bull or Taxi looking like he was 50 odd.

Deepfakes to the rescue

Luckily the internet has people with enough time on their hands to fix the problems that the big budget Hollywood millions couldn't manage. In this case internet user iFake used free software to create results, apparently in only 7 days, that all the expertise in the world of big movies couldn't manage.

This isn't the first time this has been done. We've seen films such as The Scorpion King having dodgy CGI effects and renders being 'fixed' by small teams of people. But the thing that stands out about The Irishman deep fake work is that unlike most deepfakes, the result is pretty much totally convincing. It actually does look like De Niro in his youth.

This will have been helped a lot by the fact that it is De Niro being 'replaced' by De Niro, so perhaps the software had a much easier time of things matching expressions and eye movements. The Pacino and Pesci scenes are perhaps a lot more subtle, but still the result is better than the original production.

Why, then, couldn't Hollywood match the quality of somebody in their home using a piece of free software? After all, the actual processes used in The Irishman took ILM over two years to develop, and the film had tobe shot using a special 80 odd pound rig that captured infrared information to help ILM make the actors into any age they required. This then allowed the effects company to overlay a 'mask' on top of the actors faces using a program called Flux.

The trouble is that while the process used manages to remove wrinkles and generally smooth things out, what it can't do is give the actors young persons eyes. And as anyone who takes pictures of people, whether its stills or moving images knows, the eyes are the most important aspect.

ILM are still one of the best effects companies in the business, so why is the orignal film's effect so lacking?If the news had been during the production of the film that Scorsese was going to achieve the de-ageing effect by employing a kid in his apartment using some free software it perhaps wouldn't have gone down so well. And perhaps there is a suspicion about using AI software to achieve effects in general when it comes to the big productions. Encouraging such things puts people out of work after all. Quite often big productions can over complicate things that could be made much simpler.

Okay, that's all conjecture, but the result that iFake has produced speaks for itself, and it makes you wonder what Hollywood could do if it ploughed a few million into this type of software. Let us know what you think in the comments below.