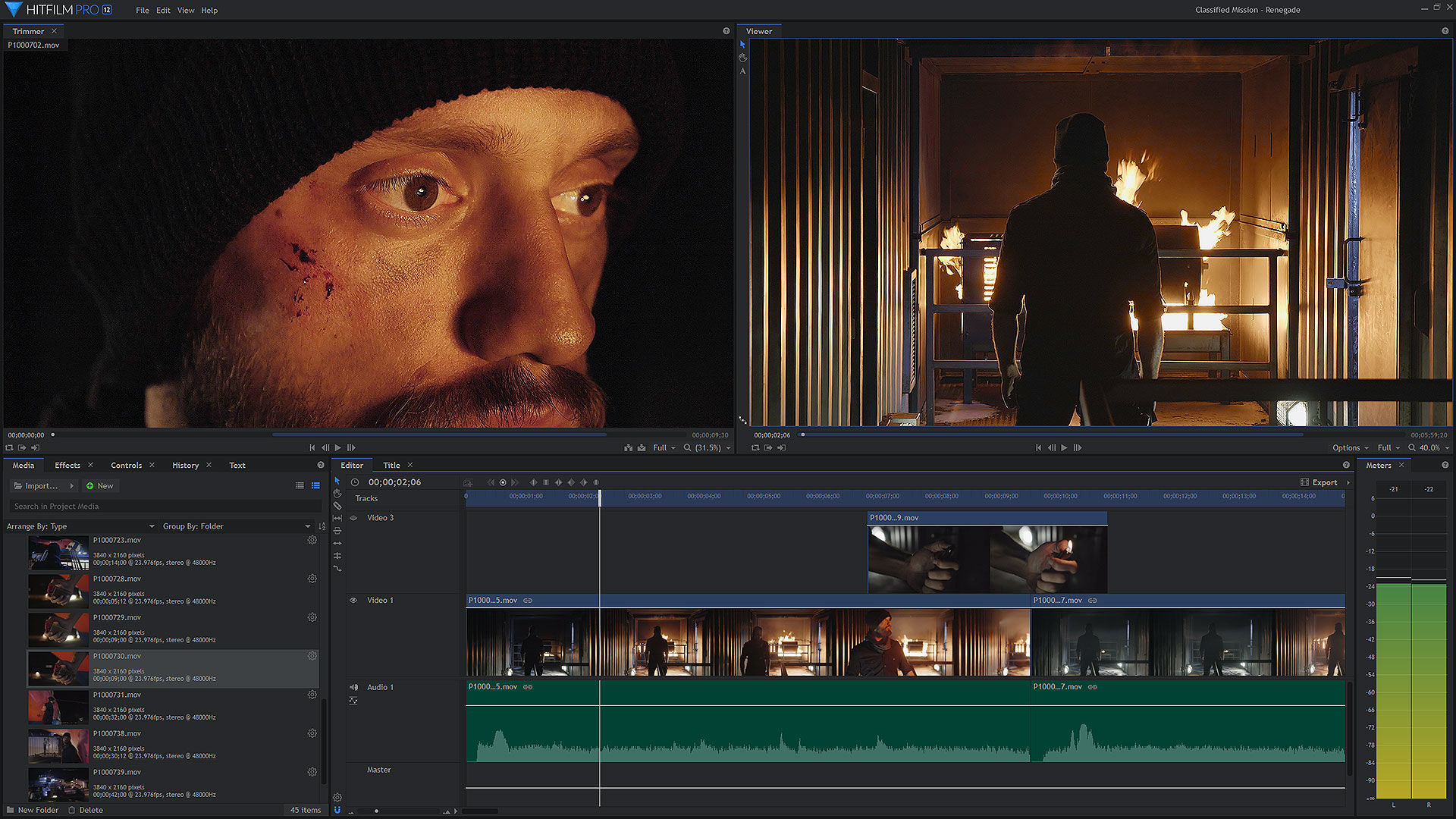 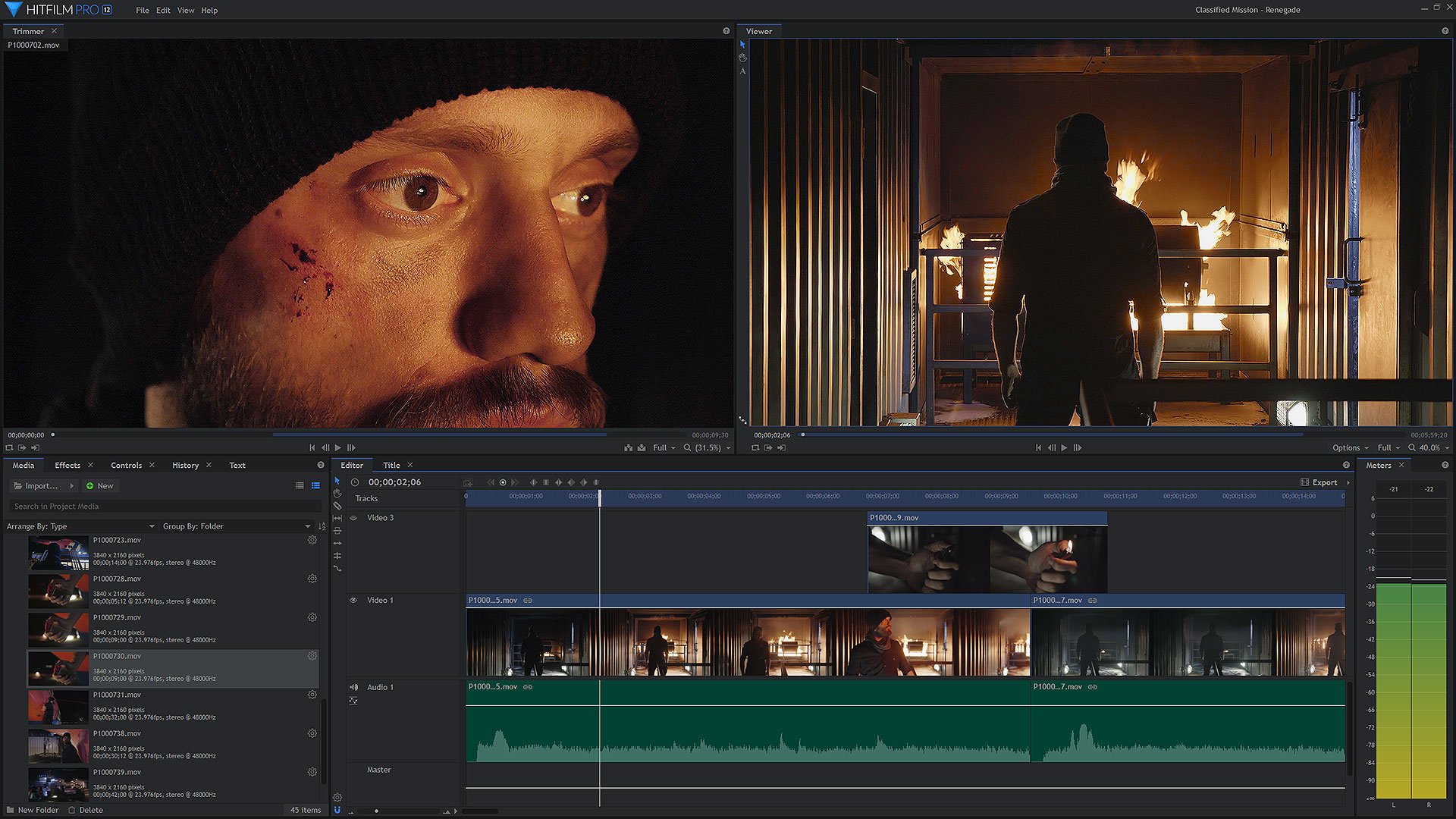 Development of HitFilm Pro has been continuing apace, and the latest update could signal a transformation into a much more major NLE player.

HitFilm Pro is known for its easy to use interface. The software was designed to be intuitive and easy to use from the very beginning, and in its Express version made for an entirely free way to get a very capable NLE. However as a professional editing system HitFilm could often be seen to be overlooked in favour of certain rivals such as Resolve and Premiere. In some ways though HitFilm it is a very poorly kept secret. It does after all have a user base of 3.2 million users, which is nothing to be sniffed at.

But this could well increase quite drastically with the release of HitFilm 12. Not only has the interface been completely redesigned, but most importantly the entire package has been given a major speed boost making much more use of the GPU on Intel and Nvidia hardware for a claimed 10 times increase in speed over the previous version. Having had a brief play with it I wouldn't doubt it either. The interface is much more responsive than the last incarnation. 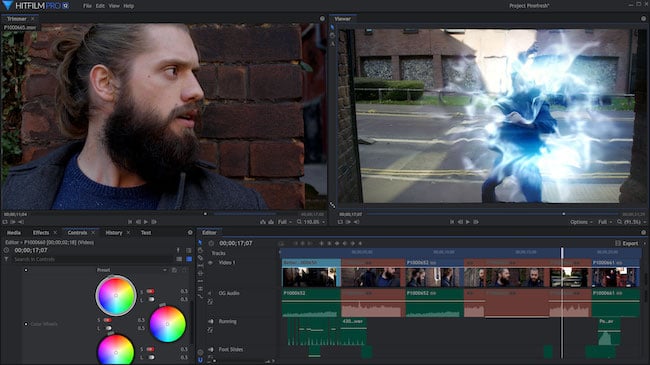 The software comes with an impressive set of effects and transitions, with an emphasis on quality and tastefulness, with some of the included filters, in depth titling, and motion tracking being of such high quality you'd usually have to pay a huge amount extra to get the same capabilities within other NLE systems. The software copes with pretty much any resolution up to 100fps 8K, and colour work can be performed with up to 32-bit floating point precision, as well as providing for multiple workspaces including editing, grading, sound mixing and more.

HitFilm 12 is available now for $299 from the FXhome store. We'll have a full review on RedShark very soon, so stay tuned!