Preview: Blender has undergone a major update, and it will revolutionise the way you use it 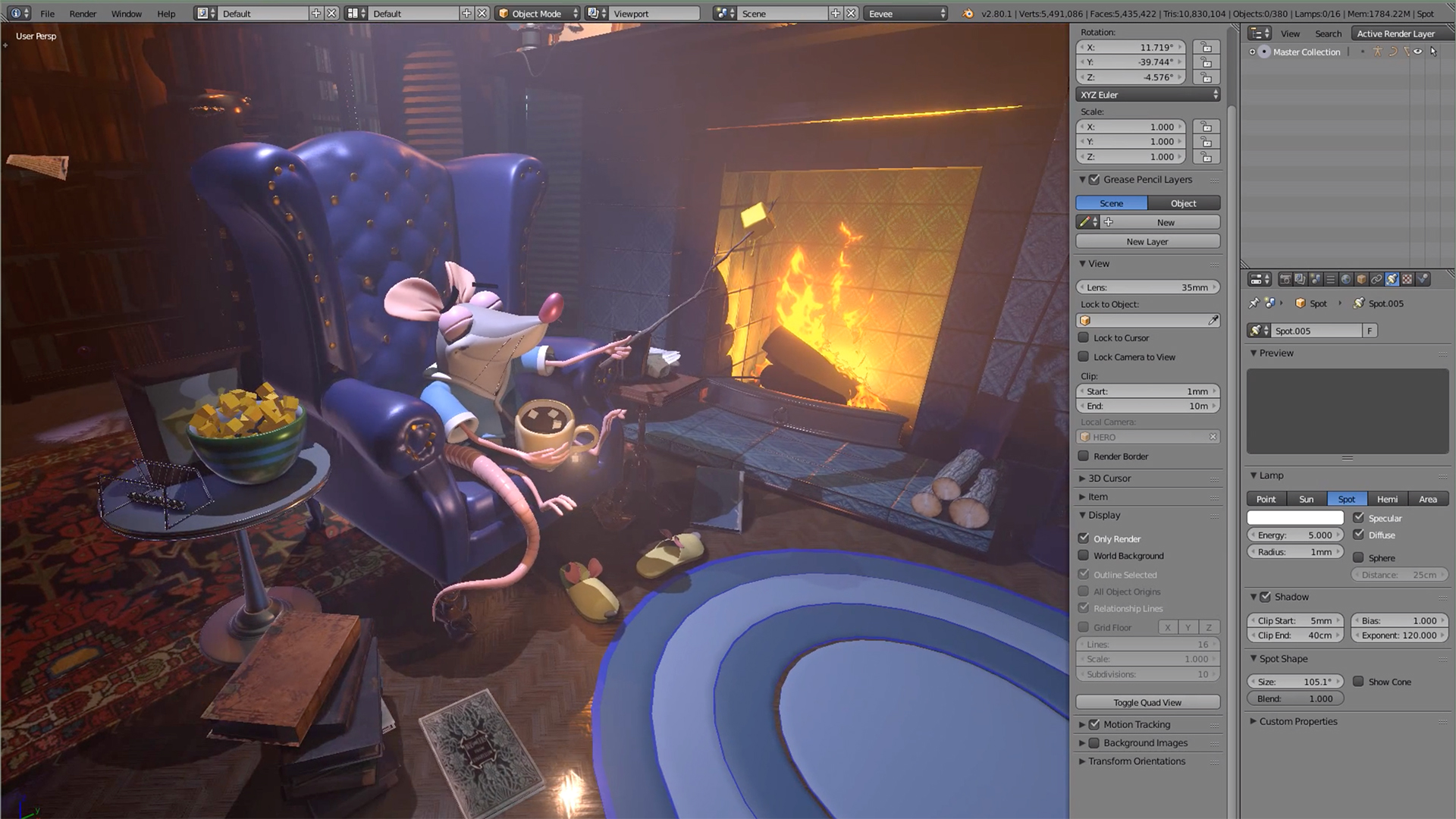 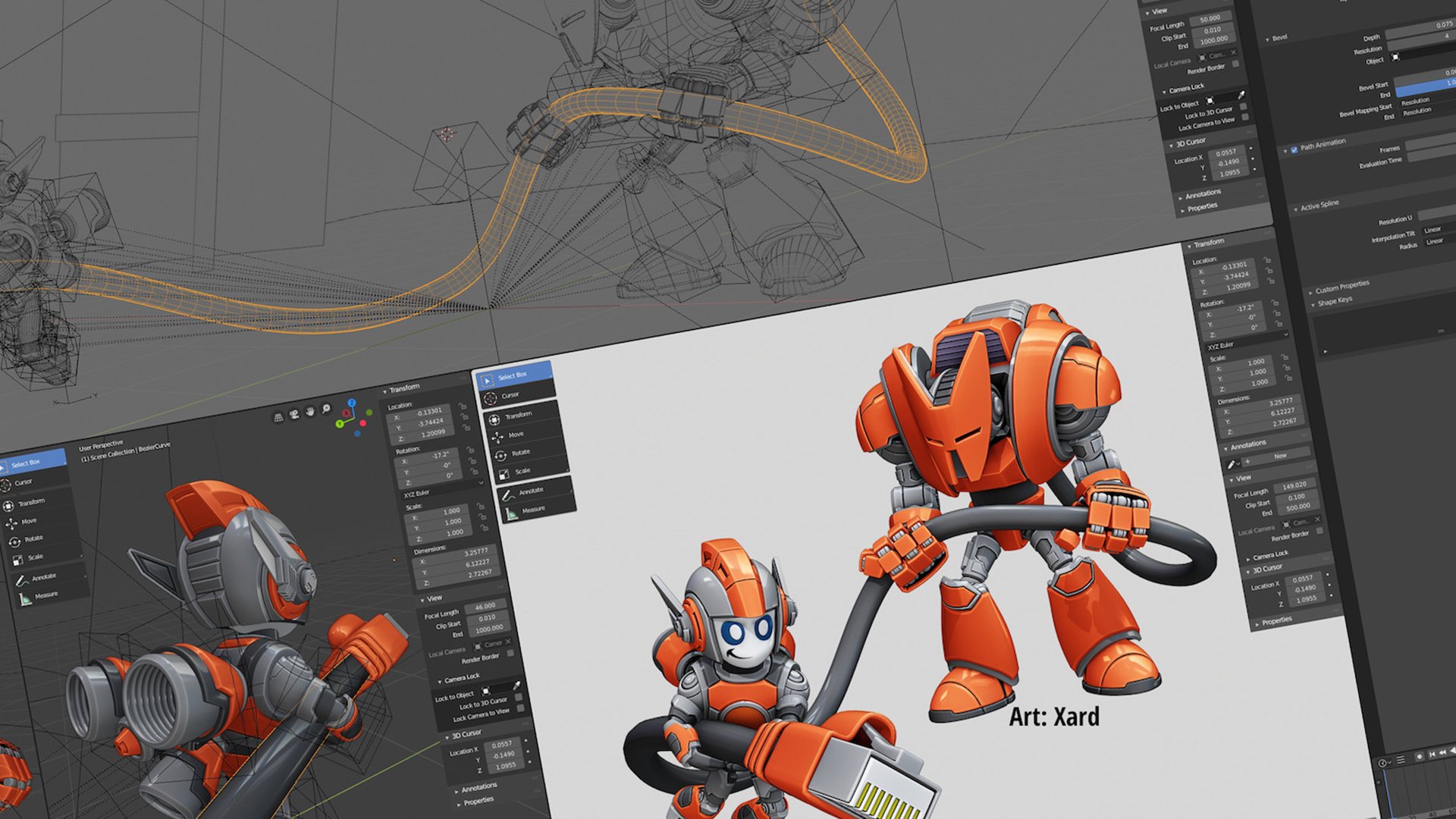 If Blender's quirky and standards-resistant user interface has been putting you off from working with it, it's time to take another look.

Masquerading as a bland point release, Blender 2.8 (currently in beta) is a massive update. As usual, Blender includes quite a bit of advanced functionality that one might normally expect in high end software like Houdini and Cinema4D, but for a lot of people the quirky user interface made a lot of that functionality inaccessible.

First off, the UI has received a massive overhaul. Layers are gone, in favor of a hierarchical Collections structure that visualizes the scene graph intuitively. Not only is it easier now to see how objects relate to each other in this view, it's no longer limited to the 20 layers via checkboxes in the GUI. So now the sky is pretty much the limit as far as scene complexity goes.

Render layers have also been updated. Now called View Layers, they can be used both for managing render layers for compositing and for setting up several variations of a scene.

The new UI also includes task oriented workspaces; while they're still as customizable as ever, these task oriented workspaces provide good starting points for the UI confiiguration for each use. Also should you customize one of the layouts, Blender will remember your custom layout for when you return, so you won't lose your changes. 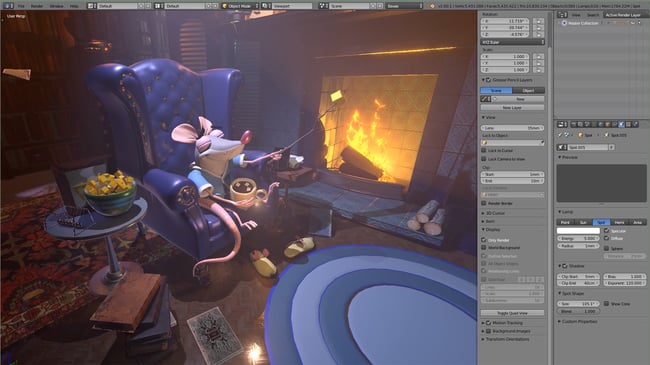 Blender also now includes a new physically based realtime renderer called EEVEE. It's very quick and responsive, and includes more advanced features than one might expect for a free, open source application like volumetrics and sub-surface scattering.

The viewpoint engine update is largely under the hood, but the short version is that it's faster than before. Combined with EEVEE the viewports can now support interactive painting with physically based materials in addition to modeling.

For 2D animators the Grease Pencil tool has been updated to be a full-fledged 3D blender object, enabling 2D animators to use the full suite of 3D animation tools included in Blender.

The already familiar Cycles renderer has gotten some enhancements also. One major update is in the shader system. While already node-based, it now includes a new Principled BSDF shader based on the Principled shader that Disney developed in a research paper. This new physically based shader is compatible with other implementations like that in Renderman and Unreal Engine, which in turns provides compatibility for image maps created with software like Substance Painter. The Principled shader also combines a lot of funcationality into a single node, so designing shaders will require far fewer nodes, which will probably lead in the long run to more sophisticated mterials created within Blender.

Blender also now includes a Principled Hair shader and a Principled Volume shader, and adds support for Crytomatte, which will appeal greatly to people using Blender to create visual effects for films.

There have been some significant updates under the hood as well; the dependency graph, the internal representation of the scene, has been enhanced to support multiethreading, which improves performance and scalablity considerably -- according to the Blender documentation this can lead to up to an order of magnitude improvement in some scenes on many-cored systems. The Blender team is planning to take advantage of this to add yet more signfiicant updates down the road, like editing while an animation is playing in another window.

There have been a host of other less billboard oriented updates also; a lot have very little affect on the user interface, but a huge improvement in rendering performance and image quality like the updated displacement and subdivision implementations. The displacement now includes support for vector displacement, for example.

Don't let the modest version number fool you into overlooking it.