How to really fake a moon landing: Behind the scenes on First Man 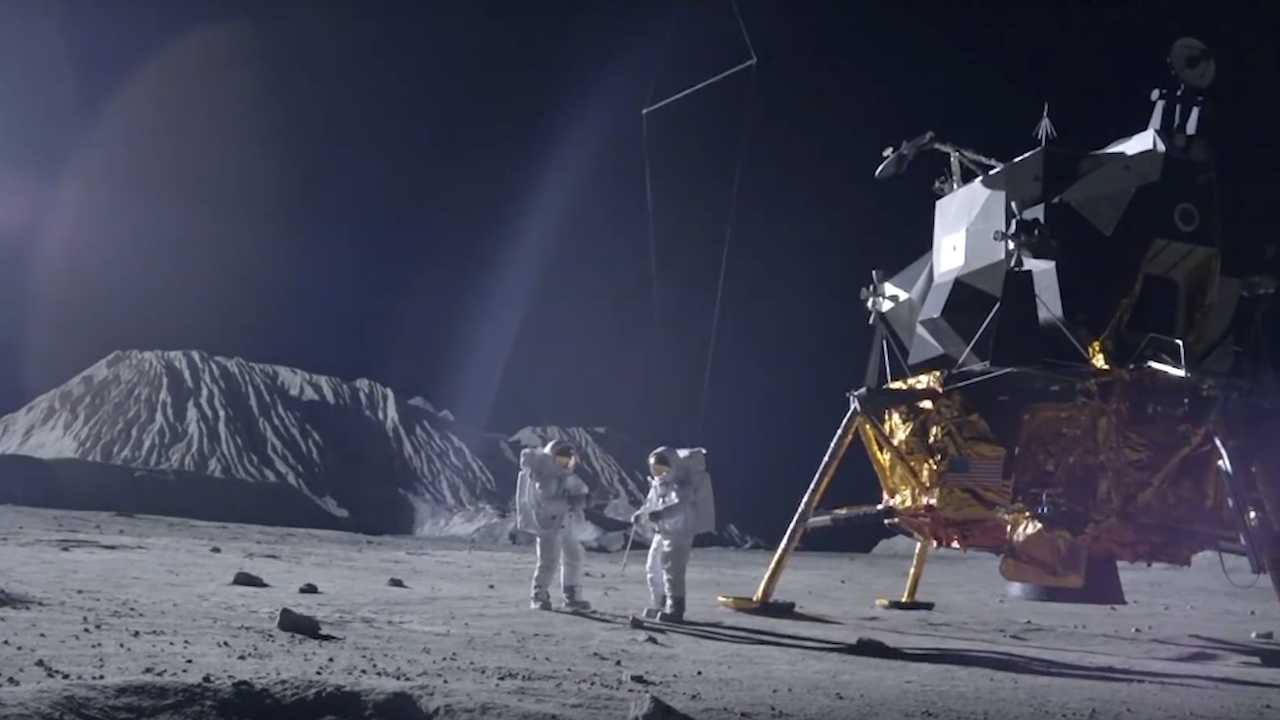 If you look closely, you can see the wires: Behind the scenes with the VFX team putting Ryan Gosling’s Neil Armstrong on the Moon in the movie ‘First Man’.

A short but very entertaining video from the Insider team looking at some of the VFX work undertaken to make First Man’s Apollo mission to the Moon as realistic as possible.

Old school VFX aficionados will be delighted to see so much model work taking place, with the 14-foot tall Saturn V a particular highlight.

“I have a fondness for doing things practically until you can’t,” explains production designer, Nathan Crowley. “I believe strongly that to immerse the audience you have to convince them that they’re not looking at fakery. To do that you have to mix your mediums and go as complex as possible and go unnoticed.”

Some of the techniques used, such as the suspended ‘puppetry’ technique used to simulate low gravity environments are as old the hills. Well, as old as Stanley Kubrik’s 2001 where they first appeared, which came out 50 years ago now and pretty much feels the same thing. The point is that they’re a blend: the models used in First Man are superb but it’s thanks to the power of the CG used that they are meshed into the movie so well. Likewise the careful lighting of quarries and soundstages: capturing those elements in camera and giving the actors something to act against produces a realism that CG alone tend to lack.

First Man really is the best of both worlds in that sense. Its not a cheap way of doing it, but it is an impressively convincing one and Moon landings tend to be an expensive business, even when they’re not real