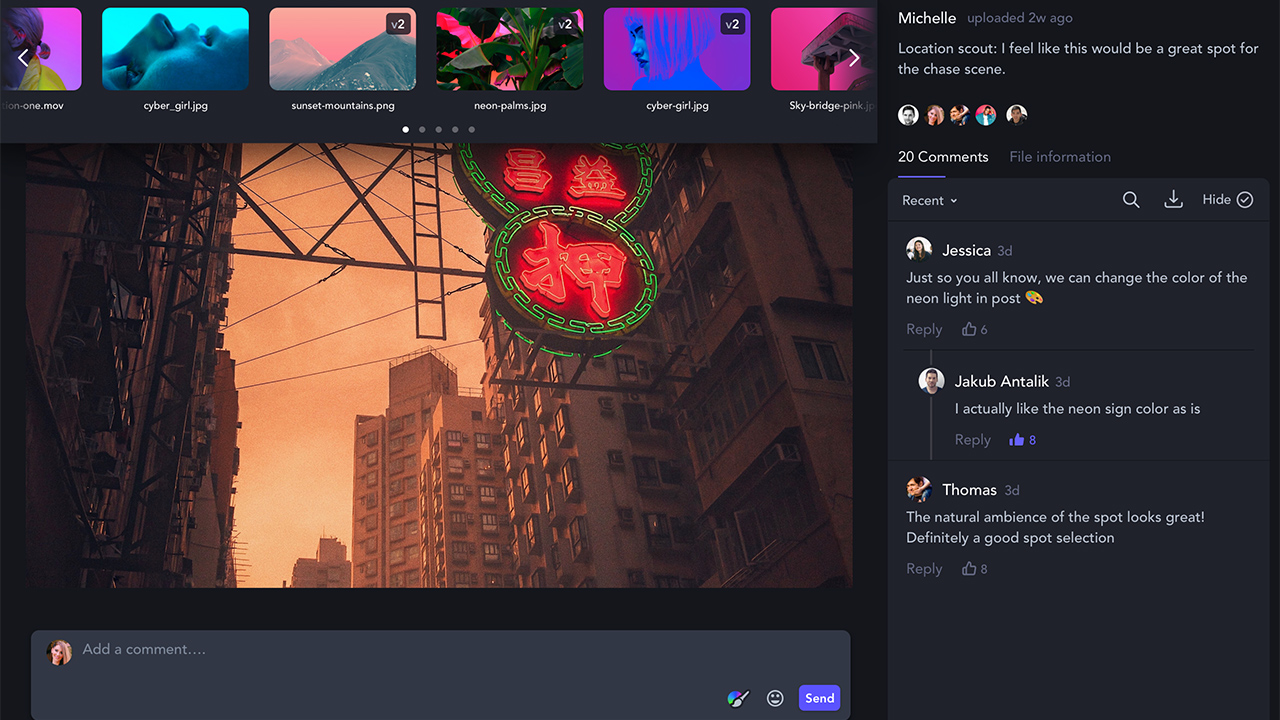 Frame.io has been on a roll in recent months with some big changes and announcements. This time it has added some all new image collaboration features.

The all new Image Review tool enables users to do all the things they did with the company’s video review facilities, but with an expanded range of visual media such as photos and illustrations.

Frame.io sees the new image collaboration facilities as not just allowing users to work on graphics design and advertising graphics, but also as part of pre-production of film and video. For example deciding on locations from location scouting photos, or on storyboards, mood boards, and other pre-visualisations. Not forgetting that often stills pictures and illustrations can feature heavily within standard video production as well and will need checking and approving before inclusion within an edit.

The system supports viewing of images at up to 8K resolution, meaning that it is pretty well future proofed as ever higher resolution monitoring comes to the fore.

Images can be zoomed to check detail, viewed in full screen, and of course allow the overlaying of comments and annotations from collaborators, just as they do for video.

With such regular improvements Frame.io would appear to have become the premiere collaboration tool. To find out more visit the Frame.io blog.