Deluxe One: top tier style production workflows for all budgets 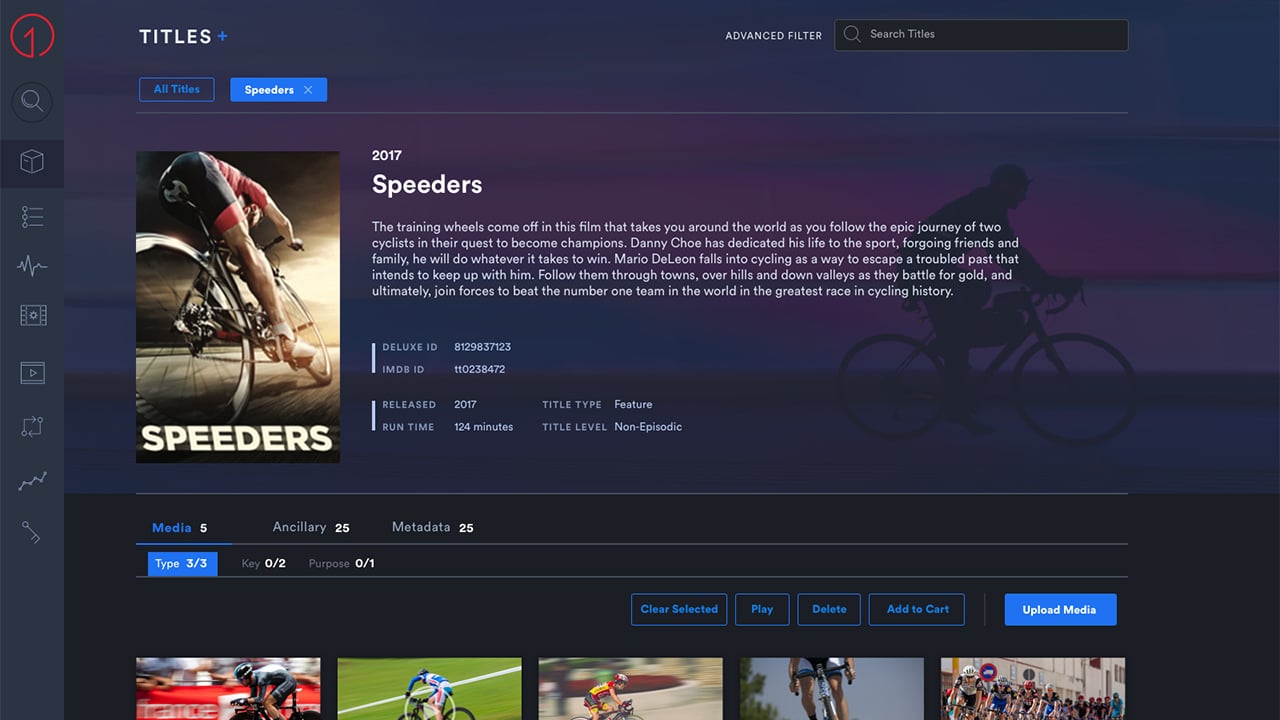 Deluxe is a name long associated with big budget movies. But now the company has a new service that will allow productions of all budgets to use its prost production workflow tools.

Deluxe has long been known for its pre and post-production services for top tier film productions. The "Color by Deluxe" label is definitely not in the cards for most independent productions.

Since the content economy continues shifting toward video on demand, the complexity of distribution is growing along with the volume of it. Keeping track of the requirements to deliver a film to a video on demand channel is growing ever more complex since there are so many ways to get that content, and so many issues to keep track of such as which languages to use, which audio tracks to render for a given target market, what deliverable intermediates to generate for a given client, and so on.

Managing data during post production is also very complicated; the editors need their proxies, the colorist needs the edits along with the original media, the visual effects teams need the clips that they're working with, and they need a way to send the composited assets back with the right metadata. Even something as seemingly mundane as titling can get surprisingly involved when accounting for multiple languages. 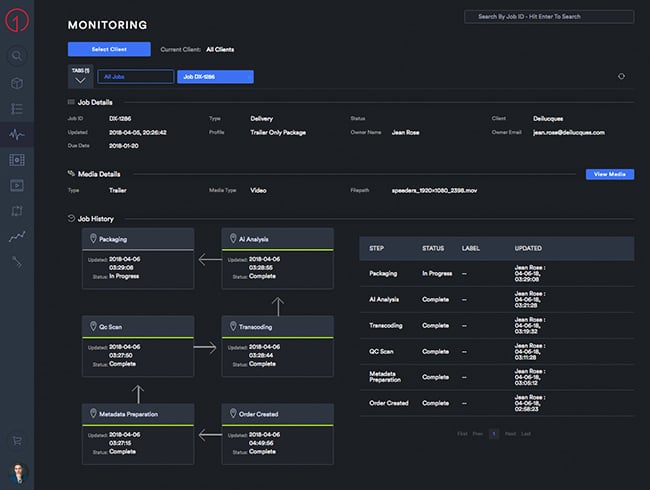 Part of the Deluxe One management interface

Deluxe's new solution, Deluxe One, is a micro-service based platform that gives Deluxe's customers and partners access to the same software that Deluxe has built over the years to handle challenges like these. Being built on a service API also means that 3rd parties can take advantage of it; so one of Deluxe's partners can build an application that uses some (or all) of Deluxe One's functions, while rolling some of their own, and even using competing services for some areas of their application.

Deluxe One's services cover the entire life cycle of a film production, from preproduction all the way through delivery. It provides a toolset that transcodes production footage into proxies and uploads them along with their metadata in order to help with things like matching color between various cameras, and it also provides preview tools that use the actual server media rather than proxies to provide accurate previews of what deliveries would be like, including selecting the appropriate set of channels based on the order.

In other words, if the final film is a ProRes file with 16 tracks of audio with three dialog tracks in each of three languages, the preview will include the dialog track in the correct language.

That functionality extends to ordering a delivery to a content provider, and allows for restrictions on releases to prevent leaks by not letting even the content provider have a copy until the night before the release date.

Being based on a microservice API and using Amazon's cloud for storage, Deluxe One is extensible, and it is possible to integrate it into just about any workflow.

A service accessible to all

For independent and aspiring filmmakers this seems at first blush to be a bit of a tease since Deluxe is a company known for providing post production services to top-tier film productions, and therefore most us regard Deluxe's services as being well out of reach.

That leads to perhaps the best news of the meeting: Deluxe is working to make Deluxe One accessible to smaller productions, rather than limiting it to the big ones. As independent production grows, and the number of channels to distribute content grows, the process is just getting more complicated, rather than less. While continuing to support the big top-tier productions that it is known for, Deluxe is also getting ready to embrace and support the  indepenedents, helping them to sell their content.