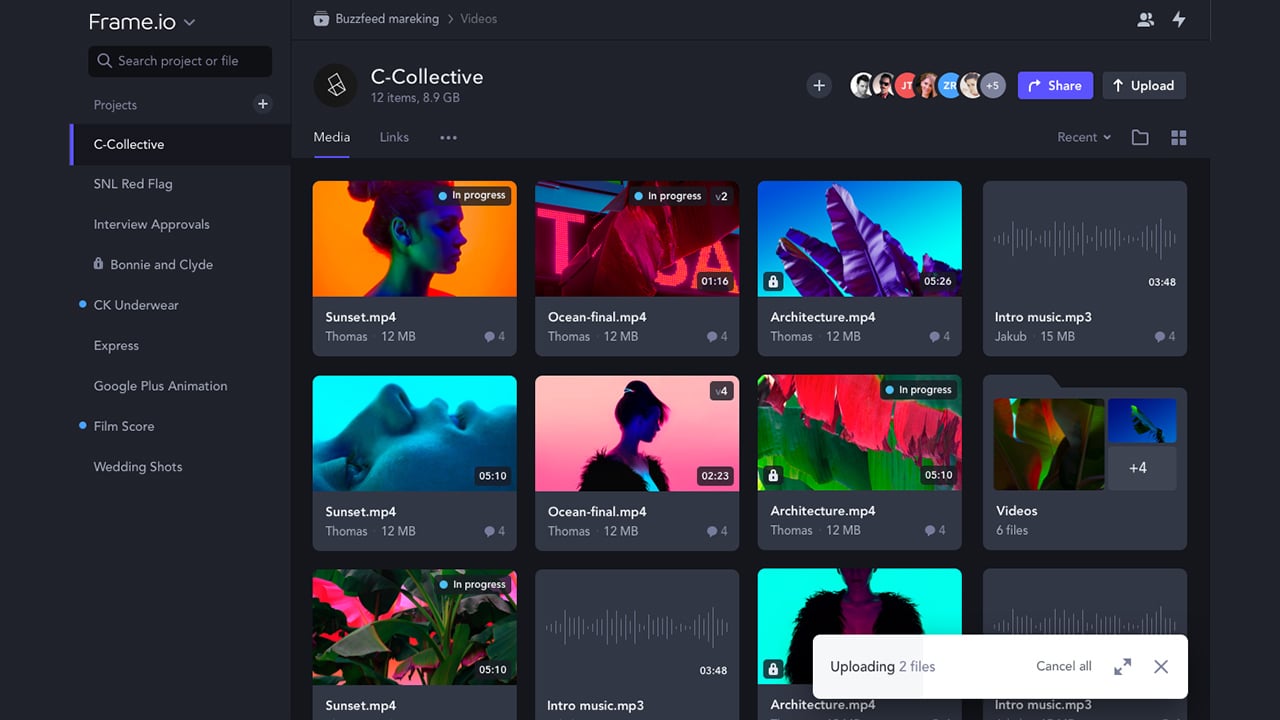 As the pre-NAB announcements start to come in, Frame.io has announced a major revamp with over 150 new features and performance upgrades.

The world of collaborative post production and client review services is hotting up quite considerably. Frame.io is one of the premier video collaboration and review platforms, and the company certainly hasn't been resting on its laurels.

With nearly a year in development, the company claims that the new system is now over 100 times faster at browsing through media, and supports upload speeds above 1Gb/s. 4K video is now fully supported with vastly improved performance, so playback in general should be a lot smoother with less buffering than previously. Comments can now also have ranges applied to them. This last feature is quite an interesting one and will allow clients or producers to be able to better describe where they might want a cut or title to be.

Versioning has also received a revamp with the ability to re-arrange the stack of versions quickly and easily.

Commenting is now much more flexible in the new Frame.io

Another new inclusion that is sure to widen the appeal of the service is the ability to upload images, audio files, and PDF documents. It is all to easy to forget that the design world often needs a practical client review process as well, and the inclusion of such files is bound to come as a welcome relief to both existing users, and potential new ones.

Such services are now an invaluable part of post production workflow and it makes me shudder to think of how cumbersome client approvals and ammendments used to be!

These new features are just the tip of the iceberg. Watch a video about the Frame.io revamp below.

The Frame.io press release follows on the next page.

One year in the making, the all new Frame.io brings support for images, PDFs and audio, enhanced commenting, improved version control, all new integrations, and over 150 other improvements to its workflow management platform for video teams.

New York City, NY – Frame.io, the leading workflow management platform for video teams, will preview the all new Frame.io at NAB 2018, in anticipation of the full release early this summer. The next generation of the company’s media review and collaboration software, the all new Frame.io will be reengineered for speed. Large projects can load up to 100X faster and uploading media now supports Gigabit speeds and beyond. Broader media support, better version control, new commenting tools, and enhanced search top the list of over 150 new features and improvements coming to Frame.io.

The all new Frame.io sets a new industry standard with a never-before-seen set of collaboration tools for content creators. Used by all types of creatives – from freelancers working with individual clients to small internal teams and massive distributed organizations – Frame.io offers both professional and enterprise solutions to meet the unique needs of anyone creating video.

New features in the all new Frame.io will include:

And over 150 additional features and improvements:

In addition to these brand new features, Frame.io shipped a completely redesigned player experience in February 2018 that laid the foundation for the new Frame.io and many more features to come. The new player page supports 360-degree VR content with spatial annotations so users can highlight a specific target within the frame. With a polished design and improved performance on mobile browsers, the player page allows users to an easily add descriptions to files, clearly see what date and version they are working on and collaborate even more quickly with their teams and clients.