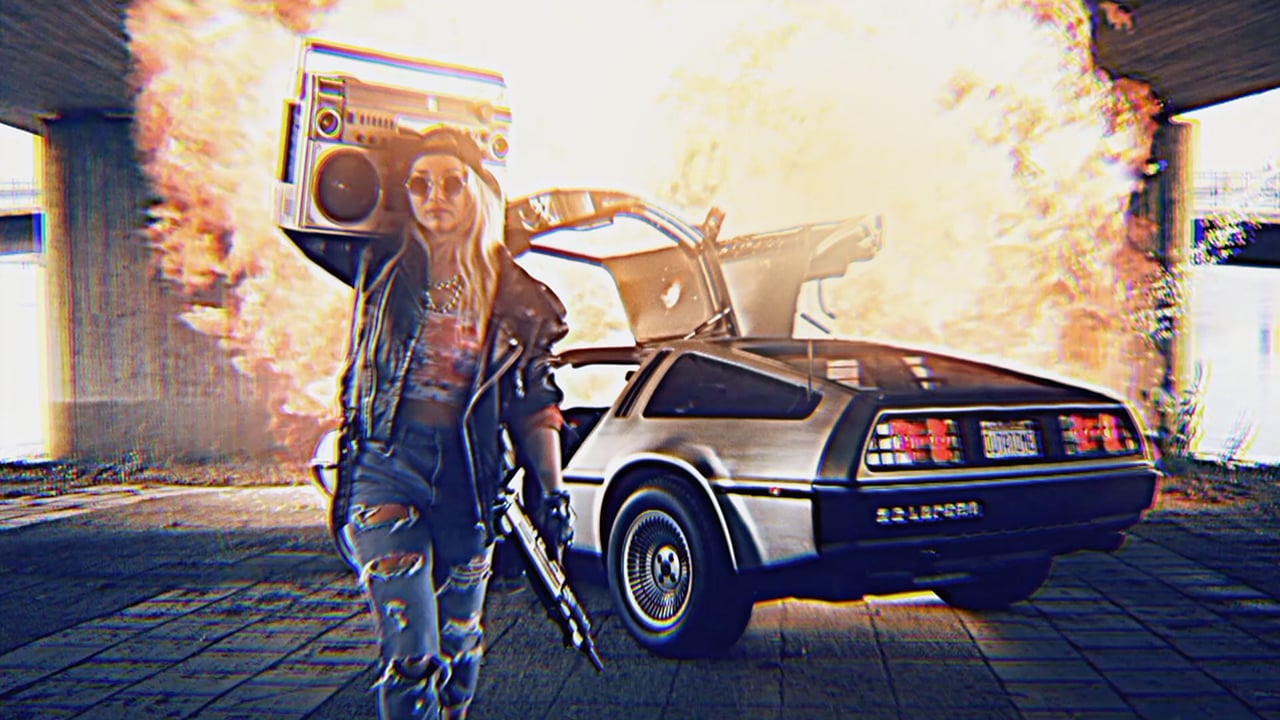 Who doesn’t love a good plugin? Especially when the effects on offer are useful. Red Giant’s Universe is one of those suites, encompassing as it does everything from VHS effects (used extensively in Laser Unicorns’ Kung Fury) through to lens distortion correction.

Now, I have to admit that I am generally of the school of thought that likes to leave things rather unfussy when it comes to edits. My go to transition ‘effect’ is usually a straight cut. But sometimes it is great to have something on tap to give you a special ‘something’. Especially if you are editing highly stylised promos or adverts a lot.

For instance in the past I have needed to give a nostalgic S8mm effect, or added in realistic light flare to spruce up footage. My continued self obsessive use of a GoPro also means that more than ever before I’m reaching for the lens distortion correction tools. When it comes to client work, especially on those fast turn around jobs, I always like to give a bit extra value where I can. So adding in an animated logo or lower third here and there can help lift things.

Universe 2.2 encompasses all of those things. This release of the software introduces 11 new transition effects, updates 2 of the previous effects, and now supports Avid Media Composer as well. This brings the total number of effects within the plugin to 76, all with GPU acceleration.

The VHS effect has been updated with new noise samples and overlays, while Retrograde has been improved to allow users to apply the effect using the original aspect ratio of their footage.

The word of the day for Universe 2.2 is “retro”. Many of the effects here are designed to give grungy effects of some kind.

Clearly it would take far more space than is practical to go through in detail each and every one of the effects on offer, but here are a few highlights that I feel are either useful, or if they are not something you would use everyday, are pretty cool regardless.

I love this effect. I’m not sure how much I would use it, but the 80’s retro look, and even sound, is coming back in a big way as can be seen by recent films such as Guardians of the Galaxy 2 and Thor Ragnarok. This effect is not just useful for video footage, but can be used to good effect over titles as well, especially when combined with the next effect, Luster. The VHS effect also has presents for fast forward and rewinding too. Having the dreaded mis-tracking lines has never seemed desirable until now!

The great thing about this effect is that you can not only tune each aspect of the effect very finely, but there are presets for different tape formats such as U-Matic, Betacam, VHS, S-VHS etc.

In the 80’s it was the in thing to give all text a shiny ‘metal’ look. I became very adept at this effect when designing game graphics on the Atari ST and Falcon, so I have a bit of a soft spot for it. Given the rising popularity of this retro style it may come in handy.

This effect works best in Premiere, After Effects and FCP X. Unfortunately, and this is not the fault of Red Giant, things are a bit more unweildy in Resolve, since you have to turn vector text into a compound clip and use keying to isolate the text. This is because Resolve won't currently allow OpenFX filters to be applied to its text generators directly.

This effect is actually surprisingly powerful once you delve into its settings, which allow reflection maps to be applied - so you could have reflected animated fire for example - as well as every aspect of the glossiness and reflection distortion. A talented FX person could do some great work with this.

A quick test of the suitably 80's retro Luster plugin within FCP X combined with the VHS 2.2 effect.

This gives a fast way to bring on company logos with some snappy, well animated motion. It’s simple, but effective, and for those fast turn around videos where you want to give some production value for minimum time and effort is a useful plug and run effect.

This is a useful compositing effect. It takes any image or video that is on a black background, and removes it. A good example is if fire or flames have been shot in such a way. Unmult removes the black background and gives you the correct alpha effect, as if you had shot the flames with an alpha channel somehow. Very useful for overlaying effects. Again, it needs a bit more work to output the effect in Resolve, but it still works nicely. 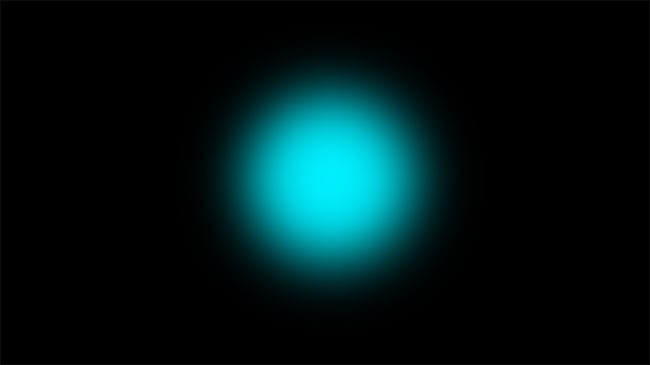 Here's my original shape/gradient ready to show how Unmult works 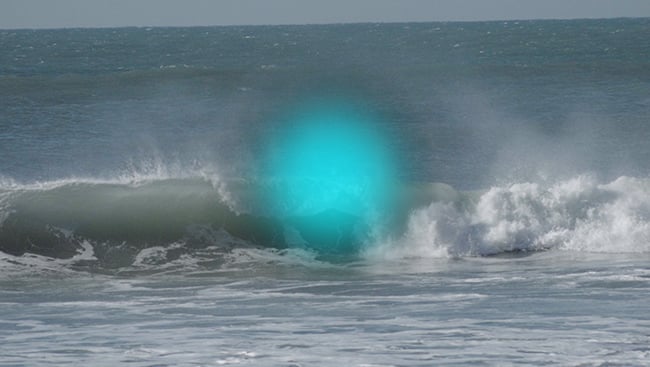 The same shape after Unmult has been applied

The Knoll light effects come in a few different flavours. Light Transition and Light Factory EZ. Both give great options for creating realistic light flares with an almost infinite customisation. This is one of those effects that I love, but sometimes feel guilty about using if I am faking things completely. That said, use well these can really spruce up your otherwise dull looking footage. Just don’t go OTT with it.

This used to be a stand alone plugin by another company, but it is now part of Universe. This allows you to tune the tone of your footage, contrast, and saturation, as well as dialling in detail. This doesn’t sound like it does much more than normal colour correction tools. Except that it does. There’s some clever stuff going on under the hood and I have often found that Finisher is useful particularly for interview shots.

Very useful if you are using footage from action cameras. There are presets for the GoPro lenses, but there is a manual adjustment to cater for and tune for others. Not so handy within Resolve, since that already has one built in, but for Premiere and FCP X, good to have around.

As I mentioned at the top of my review, it would take up far too much space to list each and every effect, but it is a comprehensive list. I found most of the effects worked pretty fast thanks to the GPU acceleration, but your mileage will of course vary depending on the complexity of what you are doing, and your host app.

I still have an aversion to things like clock transitions, although the ones included within Universe are more tasteful than those we are used to seeing included within the host NLE apps. Many of the Universe effects will be of niche value, and will probably mostly suite people who do equal amounts of VFX work as they do standard video editing. As well as this, the effectiveness of such effects often lies in how subtly they are used, or how they are used in combination. This certainly applies to the Knoll lighting effects, which can be extremely in-your-face if over used. But toned down they can give a very nice, realistic sheen to otherwise dull looking shots. Many of the effects within Universe will certainly help create a huge impact if required.

The Universe Plugin costs $99 per year or $20 a month depending on the option you choose, and is installed and registered through the Red Giant Link app. It’s a pretty straightforward way of installing and downloading updates. A $49.50 per concession price is also available for educational uses.

The subscription model isn’t popular with everyone. However many of the plugins included in Universe used to cost much more individually, and the software is likely to be updated in major ways each year. $99 really isn’t a big price if you are using the effects and have lots of work on. Therefore I have to say that I find Universe 2.2 to be extremely good value for what you pay for it.