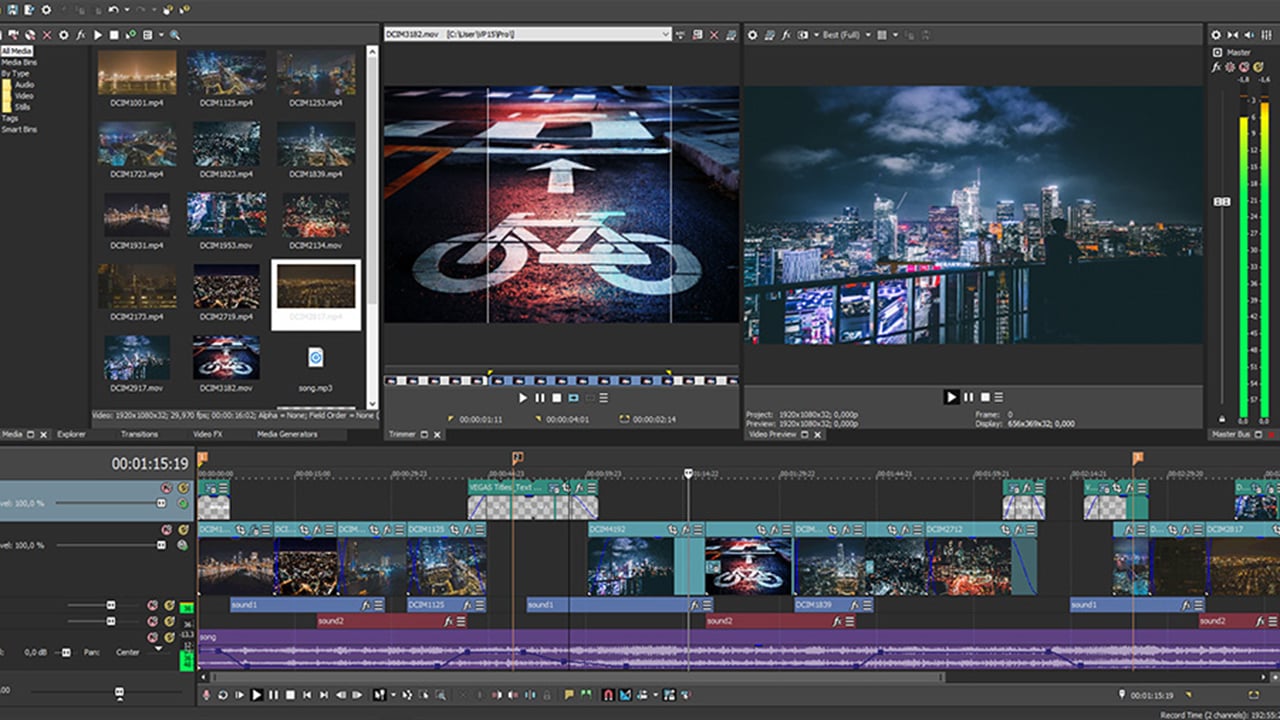 Software subscription models can often split opinion, but for many users they ensure the latest version of the software, along with spreading the cost. Now MAGIX has brought this payment model to its VEGAS Pro NLE software.

Software developer MAGIX is to offer its flagship editing tool VEGAS Pro on a subscription basis in a bid to attract more users. It’s an interesting decision given that other developers, notably Avid with Media Composer and Blackmagic with Resolve, made their software free of charge to entice new users onboard and then hopefully upgrade them to pay for a more advanced product.

The difference is that MAGIX hasn’t made a cut-down version of its tools. For the oddly precise fee of $16.67 a month (equating to $199.99 for a year’s licence) you can not only activate non-linear editor VEGAS Pro 15 but sound suite Sound Forge Audio Studio 12 as well, along with online training courses to learn VEGAS Pro for what the vendor bills, not unrealistically, a complete audio-visual production suite.

An extension to the range

VEGAS Pro 365 is an addition to the existing three versions of the Vegas Pro range, including VEGAS Pro 15 which was released last year. Projects also remain fully accessible to users even after expiration and can be imported and edited by other versions of the software.

Berlin-based MAGIX bought VEGAS Pro and SoundForge as part of a bundle of products from Sony Creative Software in 2016. It promptly souped up VEGAS Pro (or “resurrected” it as the company said at the time) with a greater range of plug-ins, hardware acceleration support on Nvidia and Intel processors, and support for the ACES 1.0 colour space workflow. There’s also a LUT OFX plug-in for the ability to work with the expanded colour spaces of cameras like Red.

Its unique and self-proclaimed “innovative hamburger menu system”, found throughout the application, is intended to keep the user interface clutter-free while accommodating different workflows.

MAGIX also has a range of free software including Looparoid for creating short photo stories with a Polaroid (pick your favourite pictures and a border, add a title and send to your friends, etc) and Fastcut, a program that takes GoPro or smartphone video and automates part of the editing process. When you import a video file and pick from one of the 15 pre-defined templates, Fastcut supplies a music track and makes cuts between scenes.

It’s an option worth considering, especially since the subscription version will automatically update with any new software patches. A three-month plan is also available for $60.

Busy on several fronts, MAGIX is on the verge of launching a VR Suite. It has been working with Intel and Microsoft (HoloLens) on VR projects for some time and last year acquired Dresden software firm Simplitec to tap into the virtual reality market.