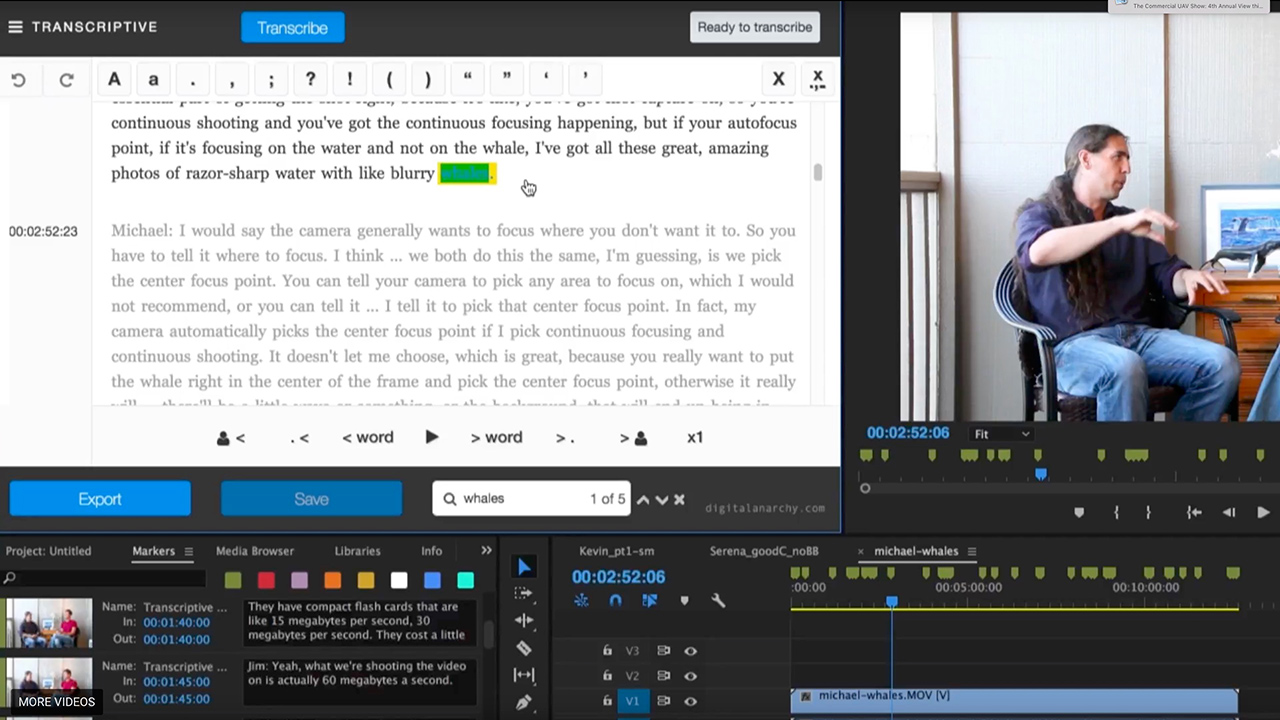 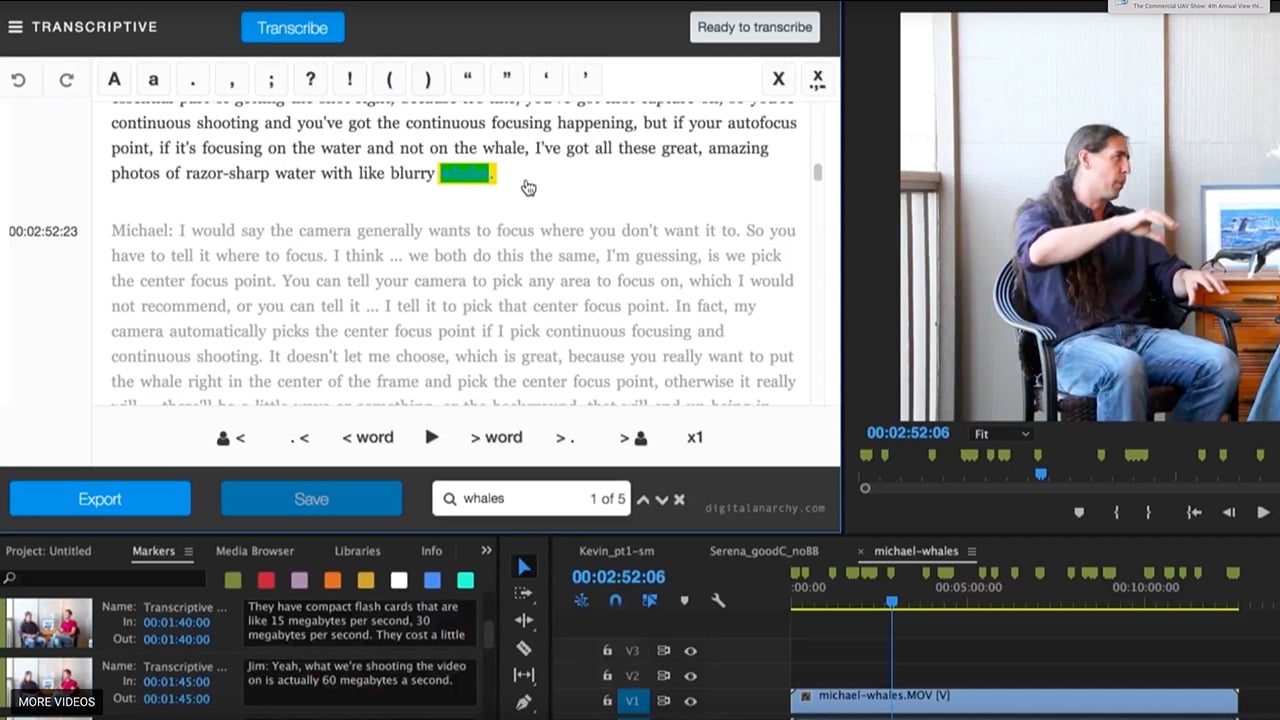 Transcripts made easy with Transcriptive

Making video transcription easy would be a dream come true for many video producers. Digital Anarchy might have solved the problem with their Transcriptive plugin for Premiere Pro.

After filming an interview, it's common to get it transcribed in order to make editing easier. The downside is that this can be quite time-consuming and hence expensive if you want an accurate transcript.

In addition to creating a transcript, Transcriptive also enables text searches within the clip, another time saver for editing interviews.

The plugin is priced by the minute, so being extremely fast also means that it's extremely affordable. Digital Anarchy estimates that a 1-hour video could cost under $4 to transcribe. Transcriptive offers two transcription systems, one of them sacrificing a bit of accuracy in return for cost savings. It allows the user to export captions in a variety of formats for use in other software, as well as Premiere metadata.

Another useful feature is its ability to take an existing transcript and sync it up with a video clip, complete with time codes. The plugin works by providing an interface to Watson and Speechmatics. Watson isn't as accurate, but it costs less at 2 cents per minute, while Speechmatics is more accurate and handles lower quality audio better, costing 7 cents per minute of transcription time. Watson also offers 1,000 minutes of free transcription time per month.

Speechmatics' website boasts about supporting 28 languages, but I haven't been able to find a list of what those languages are. Surprisingly enough, one of those does include Hindi, while Watson's list currently seems limited to English and European languages, for the most part.

Transcriptive brings automatic speech recognition to Premiere, using the same cloud-based services that similar plugins for other NLEs like Avid's use. The plugin itself is priced at $299.