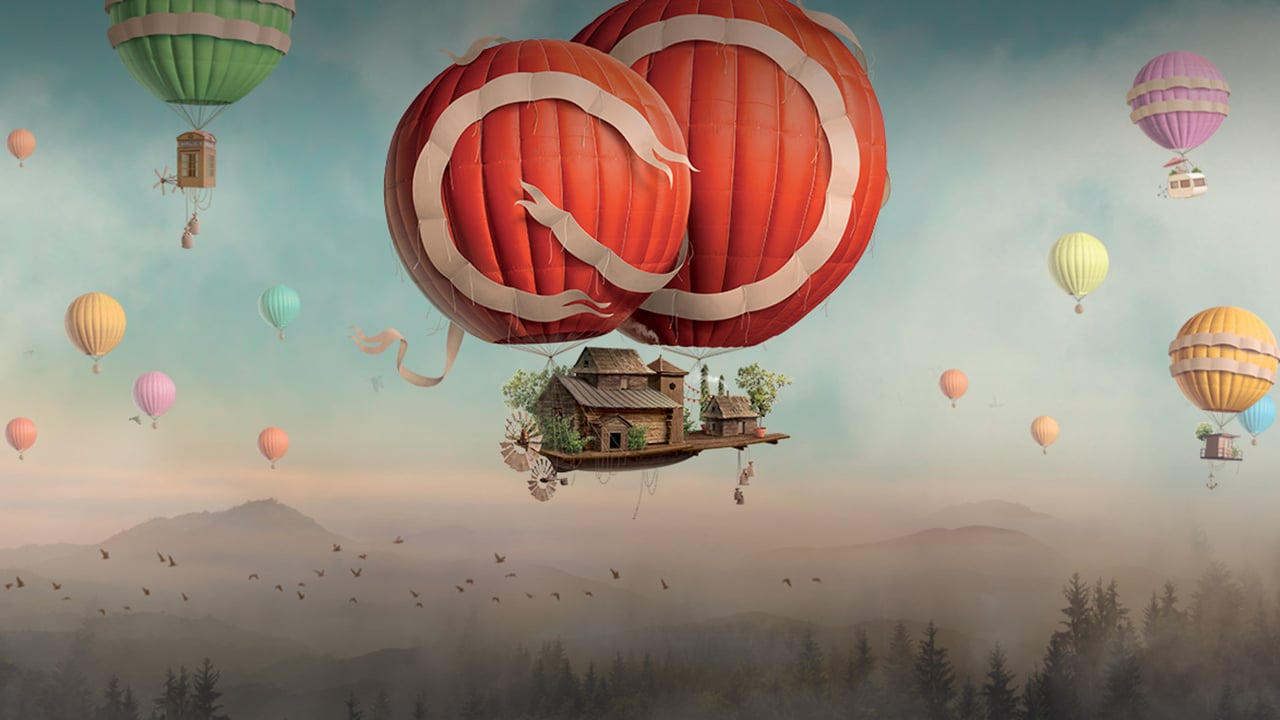 If it’s IBC time it must be time for Adobe to announce its fall updates to Creative Cloud.

Adobe’s subscription model has enabled a constant flow of major product updates with incremental fixes and additions along the way. What many users may not have noticed is Adobe’s discontinuation in August of Speed Grade as an independent application in the Creative Cloud suite. With the inclusion of Lumetri Color into Premiere Pro as well as the new Essential Panels in Premiere, all of the grading features of Speed Grade are now available within Premiere Pro, eliminating the need for round tripping. We can expect to see further enhancements in Premiere’s grading capabilities as Adobe continues to update the CC applications.

Let’s take a look at Creative Cloud Fall 2017 new features and assess their impact upon editors.

For the first time, Premiere Pro allows multiple open projects. This was a feature available many years ago in Final Cut Pro and Adobe notes that Apple’s forthcoming High Sierra OS will no longer support FCP 7, incentivizing FCP 7 users finally to switch to Adobe.

Project Locking will alert multiple editors working simultaneously on the same project to alert other users to prevent overwriting other editors’ work. It is also possible to assign read only privileges to users who merely need to review footage.

Adobe continues to develop its cloud-based collaboration feature Adobe Team Projects with the ability to view a personal auto-save history. There are improvements to asset status indicators and it will also support multiple open projects.

There will be enhancements of the Spring 2017 Motion Graphics Templates feature. The Essential Graphics panel now features Responsive Design to allow graphics to respond dynamically and intelligently to changes in such parameters as duration, frame size and aspect ratio. Users will also be able to manipulate multiple graphics layers in both program monitor as well as Essential Graphics panel. Additionally, Adobe Stock will now offer motion graphics templates.

Premiere Pro will now support Sony X-OCN and WAV files larger than 4GB. The Lumetri color panels have been performance optimized. When exporting through Adobe Media Encoder, AME warns of missing components such as fonts, offline media and plug-ins.

VR integration between Premiere Pro and After Effects is made possible by Immersive, a toolset which includes Adobe’s new VR Comp Editor in AE with the ability to transform equirectangular 360 degree footage into flat rectilinear shots. In other words, it allows the editor to preview as a VR viewer would be seeing the delivered content. It will work either on screen or more appropriately with an Oculus Rift or HTC Vive headset. Immersive effects are designed to apply Blur, Glow, Sharpen, Denoise and Chormatic Aberration filers in a VR version allowing for proper results that a flat image filter could not produce. VR transitions as well can add visual interest to a VR production where standard transitions simply will not work. 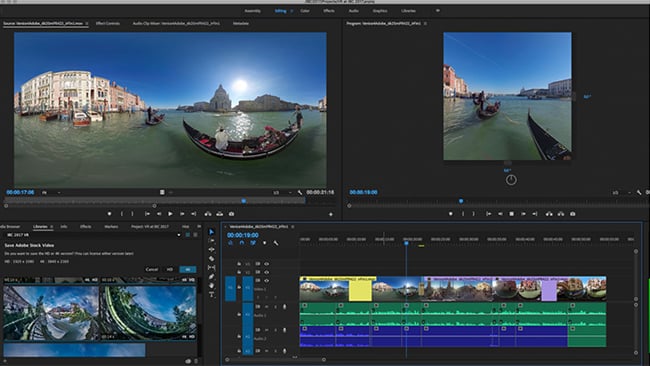 In addition to the extension of the VR toolset via Immersive and tighter integration with Premiere Pro, AE now can create data driven animations. This is one you simply have to see to believe.

Expressions have always been a powerful tool in AE and now expressions can be used to animate with path points.

For the first time, layer transformations and motion blur will render on GPU. The lack of any GPU based rendering has long been a source of criticism by AE users and now Adobe now seems to be responding.

AE has been getting quite a bit of attention in the last several updates, first focusing on speed and now on speed plus new features.

Finally, Character Animator is no longer considered beta. The Triggers Behavior and Panel can use custom-named triggers. A new Controls panel works together with the enhanced triggers to beyond simple keyboard controls but allowing these triggers to control various motions of the puppet.

Eye and Eyebrow improvements to puppets allow more natural looks with eye darting to nine positions and eyebrow tilting. The puppet’s facial expressions can now be either more natural or more exaggerated. Added to new behaviors including Collision Physics, Layer Picker and Fader behaviors for a more robust animation environment. The Walk behavior is more realistic. The puppet can roll or bend each foot as the heel rises just like real people walk!

My favorite of all of these new features, though, is the Adobe Sensei algorithm which selects the proper mouth shape to correspond to the sound the puppet is making.

The major new feature in Audition CC is auto-ducking of music tracks under dialog tracks. Its sensitivity can be controlled by various parameters with Audition, but auto-ducking will be a tremendous time saver.

Audition is now faster and control surface integration is improved.

Adobe Creative Cloud CC updates will appear at an unspecified time in Fall 2017.