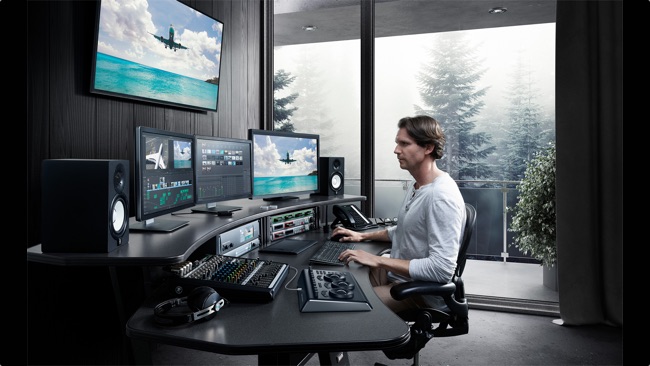 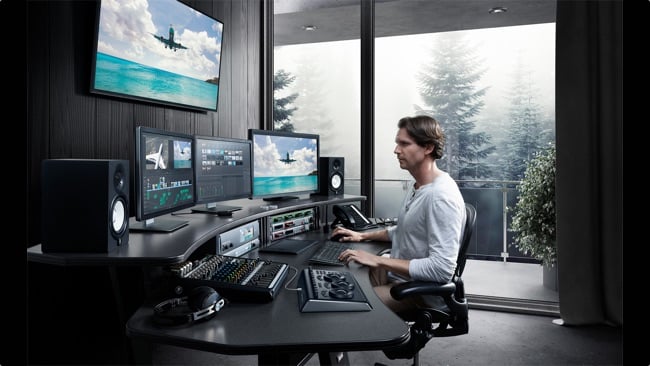 It just gets better and better, DaVinci Resolve 14

We’ve been reporting on the notable feature additions in version 14. But what is most noteworthy is that Blackmagic has been totally transparent in the run up to the release. Users could download an early beta the same day as the product announcement and each successive beta enabled additional functions as well as fixes. They solicited feedback either directly or via their discussion forum and that raises hopes that this release version may be far more stable than other products “1.0” that have not been subjected to such broad testing.

The NAB announcement also lowered the price of Resolve Studio from $995 to $299, making the jump from the still-free Resolve to the more feature-laden Studio easier. Additionally, Studio will transition from dongle protection to serial authorisation. It is here that on release day things become a little murky. The Studio 14 release notes did not include any specifics about the transition from dongle to serial activation. But it is on the discussion forum that Blackmagic representatives clarified the situation.

New Resolve Studio purchasers will receive a serial activation code for one workstation which requires an internet connection to activate. Studio can be installed on as many workstations as you like, but the active license must be deactivated and the new host machine activated. There will be no program for current dongle users to transition to serial based activation.

In my personal view, a dual system would be preferable, allowing dongle users the option of conversion to serials as well as a deactivation, which would then permit the dongle to be used remotely. We will no doubt see further clarification from Blackmagic over the coming weeks.

Enhanced editing capabilities, multi-user abilities, increased native OFX plug-ins and, certainly not to be glossed over, the inclusion of Fairlight all combine to make Resolve and Resolve Studio 14 a major post production tool. Blackmagic is to be commended for the continual development of Resolve since its acquisition and for placing such a feature-rich tool set within the reach of all.