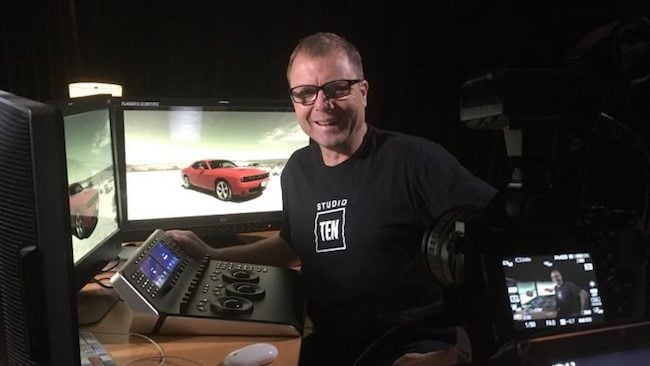 It is rather incredible, even now, to think that Resolve used to be a $300,000 grading system that had to be installed as a rack system by an engineer, and that now anybody with a modest laptop can own a version of it for free. The release of v14 has changed things even more, with the full version of the software down from $999 to $299.

But whilst DaVinci Resolve itself has become ever more accessible and more capable as a general NLE, make no bones about it, to get the most out of its colour grading abilities you are going to need some help. Enter Warren Eagles.

Warren produced the very first online training series for FXPHD, for the original Resolve system back in 2005. As a colourist with 28 years experience there could be no better person to take you through both the fundamentals, and the advanced features of the latest Resolve software.

The new course is much more than a skin deep technical exercise. The classes take the form of Warren taking you through the features of the software, almost as if you are a friend sat next to him in the grading studio. Using a mix of talking to camera and screen recordings, you can see, and hear what he is doing every step of the way.

As a working professional this isn’t just a case of giving the viewer a rundown of what the various controls do. Instead Warren goes through his entire thought processes, using real world commercial projects. From how to initially view the footage, and how his decision making process works, through to organising the project. All of this is done with the idea of real world work in mind. Making regular references to how to deal with a project in terms of the client relationship, and how decisions later on by the director could affect your approach to the grade, and even how to organise it so that you can make those creative changes easily later on without messing things up.

These are valuable insights into how Resolve works in a commercial setting, and will leave viewers in good stead on how to constructively approach a grade, as well as how to actually use the features of the software in depth.

One example is a commercial for a pickup truck, which uses a mixture of footage from Log through to Rec.709. Warren takes us through his thoughts regarding how best to make the shots work together, and how to work through problem areas. As part of this he considers the flow, and the story, because he approaches grading from the point of view that it is having a creative input into how that story comes across and is told. Equally fantastic is a section where he talks through how he picks up inspiration from looking at photographs, keeping his mind working to build a catalogue of potential ideas he can call upon later.

Warren is very amiable to the camera. His style is very relaxed and clear. This is not a robotic approach, but style in which you could probably watch it a number of times and pick up on new nuances of information.

In addition to the video class tutorials, by signing up to the course you will also gain access to the very same files that Warren is grading during his presentation. These are in Prores LT format, and Warren is clear that he is grading those very same files, so he doesn’t have an advantage over course participants. Participants can then go away and apply what they have learnt, and upload a zip file, which Warren will then review and offer feedback on the forums that participants gain access to.

Therefore in addition to gaining a masterclass off a highly experienced professional at the top of his game, you will also be able to gain direct feedback about your own work, and how to improve.

The Resolve V14 classes are broken down into three sections. The Fundamentals and Advanced sections are $149, while the Looks & Matching Masterclass is $199. If you are serious about learning the Resolve software, this would seem to be great value for the insights that you are getting. Personally, I found it fascinating for gaining an idea of the various thought processes when it comes to approaching a job. So I would highly recommend this for anyone wishing to start a career in grading. Much of the advice he covers in the latter course could apply to any grading software.