How do you get that Blade Runner look on a budget of zero? 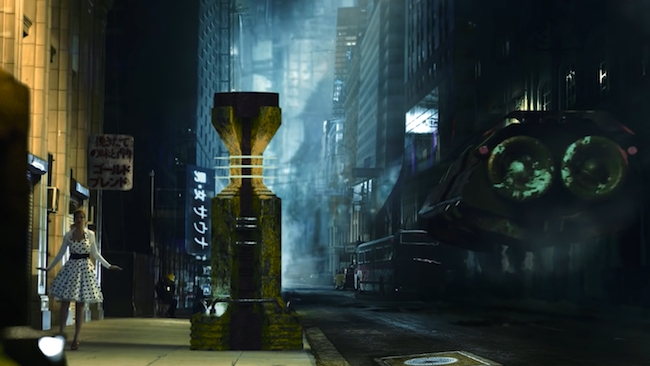 One man's work: A still from AWAKE

AWAKE is an impressive enough minute-long slice of dystopian sci-fi, made all the more jaw-dropping when you realise it was done by one man, Phil Grishayev, on no money. Here, he explains how he did it.

Ever since I saw Blade Runner I was amazed by its world and the way it was created. There was no CGI back then and everything had to be done with scale models. Nowadays, with the progress of technology, we can create almost anything on the computer to fit our story. I've had some experience before (my previous one-man challenge featured a remote-controlled Aston Martin driving around the streets of LA). This time I wanted to push myself even further.

The goal was to create a Blade Runner-inspired universe without any budget. I was aware from the beginning that it most certainly won't be a long short (came out to a minute) due to the amount of VFX I'd have to do. This meant that every shot had to be thought out precisely and storyboarded. I included several nods and references to my other favorite sci-fi movies (Back to the Future’s Pepsi ad, Skynet's M.Dyson as the owner of the android, the Tech Noir club from Terminator).

The whole shooting process took a couple of hours. We shot it in downtown Los Angeles (ironically not far from the actual film location from Blade Runner). All I used was one light stand with green gel to mimic the holographic Taxi stop. The shoot was the easiest part but I had to get as much information as possible from the location such as the camera settings, chrome ball photos (to create reflections) and measure the distance from the actress to the camera for every shot.

Once I had all my footage set up, I used Boujou to track them and imported each scene into Maya. Most of the models were created by me (the inside of a skull is a T-800 Endoskeleton). The model of the taxi is actually a heavily disguised Bugatti Veyron with airplane engines attached to it and the color scheme is a nod to The Fifth Element.

Animating the flying pods, taxi, and hand weren't as time-consuming as the actual render. I believe 1/3 of the whole process was just rendering time. Sometimes one frame would take up to an hour to render so I had to be sure that everything is textured, lit and matched before I leave the computer overnight. Mistakes happen and once or twice I would wake up to see that the image is missing something or just doesn't look real enough.

With all the shots being in a rendering stage my friend Evan composed a score on a real vintage Roland Juno-106 Synthesizer. It was exactly what I wanted and it fit the mood perfectly,

There will always be something to fix or improve no matter how long I would work on it but I am happy with the final result. I definitely learned a lot.