The state of Solid State Drives in 2016 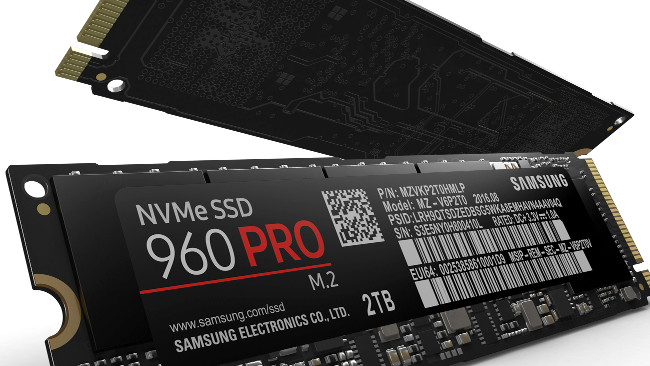 We revisit the solid state drive (SSD) market and investigate why some of our more optimistic predictions have yet to pan out.

It has been 12 months ago I last wrote about the state of the SSD market and I have to confess I was overly-optimistic about the progress I thought we would see in 2016. A year ago, you could buy a 1TB Crucial MX200 for £273 and today you can buy a 1TB Crucial MX300 for £240. Admittedly, the British currency has crashed by 18 percent over the past couple of months, but my hopes of a 2TB SSD for £300 this year are way off the mark. If you want a 2TB Crucial MX300, it will cost you £500, so it is possible to buy a drive with that capacity, but you will pay a high price for the privilege.

What I expected to see in 2016 was a three-way split in the PC/workstation SSD market.

Smaller companies without a natural advantage in the SSD market would simply pack up and go home. I was particularly thinking of Plextor, as that company was big in optical drives and, while it has a good brand name, it appears to have no place in the SSD market. Yet, Plextor is migrating from M6 Pro to M8Pe NVMe and, frankly, I don't see how the company is managing to hang on. Alongside Plextor, I would have thought G.Skill, Patriot and PNY would find conditions challenging. Although they have relationships with suppliers of memory chips, they also look like very small fish swimming in a large pool.

I place Corsair in the middle, as it is superb at marketing and knows how to make money. Right now, you can buy a 1.92TB Corsair Neutron XT 3.5-inch SSD for a whopping £780, which sums up Corsair nicely as it is prepared to take on the 2TB Samsung 850 PRO at £745. It's a crazy battle, yet I am sure Corsair will sell a decent number of those Neutron XT drives.

Also sloshing around in the mid-range, we have other companies with strong links to memory chip manufacturers, which gives them access to the latest components, along with the knowledge they need to design competitive products. These companies are Hynix, Intel and Kingston, which is a pretty respectable list.

Intel, which previously used its own controllers, has subsequently ditched them in favour of third-party silicon. Hynix bought LAMD (Link A Media) in 2012. Crucial and Kingston appear reliant on bought-in controllers.

I have little doubt these companies can persist in the SSD market, however, I doubt they will make significant waves, although Intel is always a driving force in PC technology. At the high-end, we have Samsung and Toshiba OCZ, along with Seagate and WDC. Both hard drive companies have been on the acquisition trail and own a raft of SSD technologies. LSI bought SandForce in 2011 and was bought, in turn, by Seagate in 2014, while WDC bought SanDisk in 2015. OCZ bought Indilinx in 2011 and was then bought by Toshiba in 2014. Samsung is in a class of its own, as it designs and fabricates all of its components in house, with the exception of cache chips, which are pretty much a generic product.

While I expected the SSD industry would be going at full speed ahead in 2016, it has instead turned into a period of consolidation. This is best exemplified by the recent announcement of new SSDs from WDC with the colour codes Blue and Green. Both families are available in M.2 2280 and 2.5-inch SATA form factors, however, Green only goes up to 240GB and is of little interest. Blue drives will be available up to 1TB, which is more useful, but hardly pushing the limits of SSD technology. And the reason is that WD Green/Blue is a re-badged SanDisk X400 that uses a Marvell 88SS1074 controller and 15nm SanDisk TLC NAND with a Micron DDR3LP cache chip (256MB in the 250GB and 512MB in the 500GB and 1TB).

The sole difference between X400 and Blue is that WD has reworked the firmware to increase provisioning (reducing the available capacity), which has allowed it to increase the rated durability of the drive.

There is one glimmer of hope on this particular horizon as WDC's naming system implies it may release a faster Black SSD, which would obviously be welcome. although what we really want is increased capacity at lower prices.

Seagate, like WDC, is making the transition from a hard drive company to a solid state storage company, however, it seems unclear about its direction. We have seen news about a 60TB SSD in a 3.5-inch drive housing that would be irrelevant to pretty much any market on the planet. In the Enterprise sector, you can buy a Seagate Nytro XF1440 or XM1440 up to 1.92TB in capacity that uses a Marvell controller and densely-packed NAND, but it seems to be in no rush to release this model to the retail market.

The three companies at the top of my personal SSD list are Crucial, OCZ Toshiba and Samsung and the reason is they each make 3D NAND. Crucial is the retail arm of Micron and suffers, as it does not have its own controller, however, it has produced the 2TB MX300 for £500 and that strikes me as a very good move indeed.

The OCZ Toshiba RD400 is a blazing fast PCI Express SSD. Everyone I know thinks very highly of the Toshiba name, yet the Toshiba Q300 is almost unknown in the UK. Go figure. OCZ Toshiba has all the pieces of the puzzle, as it makes 3D NAND and owns the Indilinx controller that was acquired by OCZ. We have to hope the company ups its game and starts to produce new drives that can take the fight to Samsung.

Samsung is the biggest beast in the SSD market and has a significant lead over the opposition with its 3D NAND technology. The recent change from 950 EVO and PRO to 960 EVO and PRO reflects an update to both the NAND and also the controller. 960 Pro, due for release any day now, is significant as it sports up to 2TB of storage, while 960 EVO, due in November, 'only' goes up to 1TB.

Having said all that, if you are buying an SSD for your Atomos or some other device, the only sane move is to select a drive on the corresponding list of supported SSDs. It doesn't matter whether I love Crucial MX300 or want a Samsung 960 PRO if the device you own won't play nicely.

Pretty much all the hopes and expectations I had for SSDs in 2016 have turned to dust. I don't think I was wrong about anything, merely premature, so it is time to dial back the optimism and wait for the industry to catch up with me in 2017.