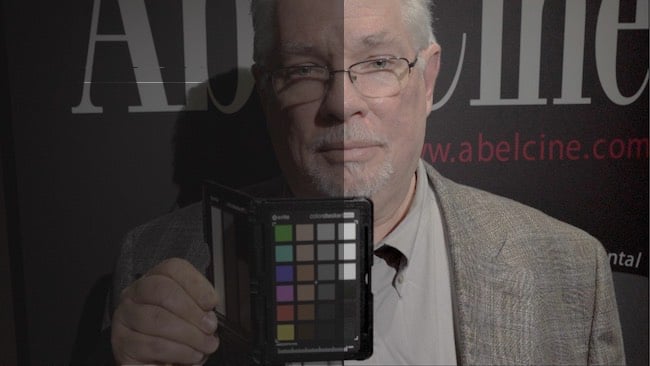 Color Finale Pro - before (left) and after

RedShark Review: Ned Soltz takes Denver Riddle’s ACES-compatible $149 Color Finale Pro for a spin and is impressed with what he finds.

Let’s face it—digital content producers live in wonderful technological times. The range of tools that is available to us is extensive and, for all of the foibles we may find with a tool, virtually all of those tools possess merit.

FCP X users in particular have a whole gamut of color grading options available from X’s native color boards (which I’ve grown to appreciate over the last couple of years) to plug-ins whose power far exceeds their cost.

Among the best of these color grading plug-ins is Color Finale from Denver Riddle, the guru behind Color Grading Central.

Color Finale has just been updated to version 1.6 and now is available in two versions—a $99 basic plug in and a $149 pro option. I’ll be discussing Color Finale Pro and, for all of its features, strongly recommend that purchasers just spend an extra $50 and buy the pro version. The feature set more than justifies the cost.

Color Finale installs into FCP X’s Effects tab and like all FCP X effects, just double-click or drag the plug-in over your clip. The inspector window will show an Open Controls button. Click to bring up the user interface in a floating window.

Any color grading plug-in or app gives you many ways to do the deed and Color Finale Pro is certainly not lacking.

New to Color Finale Pro (and only available in the $149 Pro version) is ACES grading. In just a few words, ACES is designed to provide consistent color matching across multiple cameras to a target display device. It relies upon camera manufacturer’s providing the Academy camera profiles (also known as IDTs) and ACES workflow-aware applications will transform the output to the output device. In the case of Color Finale Pro, there are output profiles for RGB (computer monitor), REC709 and DCI-P3 with several variants within each profile. ACES also assumes that your monitor is properly calibrated.

Thus in my examples, I started with Slog3 and Slog2 footage and applied the appropriate IDT. Since I was monitoring on a computer monitor, I chose an RGB output. But my results were sometimes within expectations and other times, for lack of any better technical term, wonky.

SLog3 footage from the Sony FS7 graded radically different from SLog3 footage from the a6300. Granted one is 10 bit I-frame and the other is 8 bit LongGop, but one would expect the SLog profile to be consistent. The a6300 clips appeared overly contrasty and over exposed. The FS7 clips had more contrast than I would have liked but amount of contrast is totally related to the look the colorist wants to achieve. SLog2 footage from the a6300 was a much more accurate representation. In the ACES window, there are exposure settings and I was able to adjust exposure and subsequently Lift-Gamma-Gain in the color wheels section.

There is considerable discussion about ACES workflow—whether it is really ready for prime time or whether it is needed beyond studio productions. It is nice to know that it is present in Color Finale Pro and my only advice is to try it to determine whether it works for your footage.

Color Finale is based around corrections being applied in layers. And you can even drag those layers above and below each other. Thus my workflow with ACES was to apply the ACES transformation in the settings window and adjust exposure there. Then I would click the color wheels icon for lift-gamma-gain primaries. Color Finale Pro works with the Tangent Ripple control surface (which I own and have reviewed) and it also allows via the Tangent app a certain amount of customization of features. I stuck with the basic features using the Tangent’s dials for adjusting lift-gamma-gain and the balls for the color wheels. Response lagged slightly but not enough to fault either the Ripple, FCP X or Color Finale.

The Pro version also has a shortcut that I really missed from FCP 7 an earlier—an eyedropper to sample white and black for white and black balance. While a combination of adjusting color wheels while looking at the WFM and the image is preferable, this old shortcut is welcomed. It just gets you to the ballpark a lot quicker.

Other windows include curves (useful for secondaries) as well as a vector grading window to select a tonal range for very efficient secondary correction.

Perhaps as useful as ACES workflow is the LUT Utility window. This allows application of Color Finale’s built-in LUTS or your own LUTS to footage. My results were actually much more consistent simply applying an SLog3 or SLog2 to Rec709 or better yet, to a LC709 LUT.

Multiple layers can be used within each application of the plug-in and these can be arranged in any order. Furthermore, multiple instances of the plug-in can be stacked on top of each other just by applying the plug-in again to the clip.

Pro has some other great features as well. A grade can be applied to a group of clips, even a non-contiguous group. And grades can be saved as presets.

But the final and perhaps best feature of Color Finale Pro is integration with color charts. The same settings menu that allows ACES workflow also can enable color matching from commercial color charts. I own and use the X-Rite Color Checker Passport Video and will include the chart within a shot. Then simply enable the color chart option and click on the color checker corners in the Viewer window. Note that the order of checking is significant. Start with the Yellow box first, then the Green. Then keep going in the same direction. In fact using the color checker produced much more accurate color much faster than ACES or even LUT workflow. Of course, once balanced to the color chart, then additional grading can be done.

The Color Checker Video workflow has been available in a public beta of Color Finale for the last several months while the long-awaited Pro version arrived. But now it is final.

Color Finale Pro is a useful tool for grading within FCP X. Stability, accuracy, features and multiple-workflow options make it well with the $149 price point. Current users of early versions can update to Pro for $49.

While ACES may not yet be the magic solution for grading, nonetheless its addition may prove useful to editors. But such other options as LUTs, primaries and secondaries can allow FCP X users to do the majority if not the entirety of their grading solely within FCP. That alone is well worth $149.