Top 10 Stories from 2016 #5: Apple could dominate the entire NLE space with the next Final Cut Pro 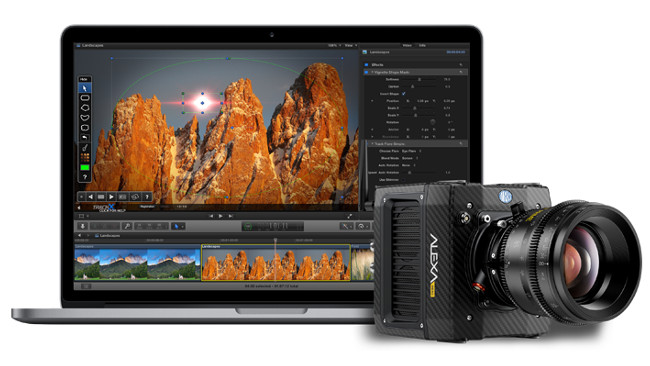 Into the top half of our Top Ten countdown and this opinion piece from Clayton Moore: Ahead of a significant Apple event on Thursday (this was back in October) he wondered how the company's wildly successful efforts in the consumer space could point to a future NLE resurgence and the rebirth of Final Cut Pro.

Once upon a time, Final Cut Pro was the weapon of choice amongst a large section of the world's editing comunity, then along came Final Cut Pro X. What happened?

When Apple fellow Randy Ubillos was brought aboard Apple to lead development for digital video on the Mac platform, Apple had already transformed publishing forever. At that time, video was ripe for the same revolution. Randy started at Adobe with Premiere, then went to Macromedia then to Apple, where he spent 20 years with the title of Chief Architect of Photo and Video Applications. Although he left Apple in 2015, he is considered by many as one of the fathers of computer video.

It's certain that Ubillos was an important voice in Final Cut Pro's transformation, nevertheless Steve Jobs always had the last word. If, as an example, Steve wanted Apple to phase out of professional applications, then Randy's job would consist of figuring out how to help make that happen. On the other hand, if Steve just wanted to transform video (professional or otherwise) on the computer in a more fundamental way, it would have been Randy's job to make that happen, too. No one knows for sure what was going on in Apple when FCP X rolled out. There was so much conversation and debate because people's livelihoods were involved and Final Cut Pro X was such a departure from what editors were used to. People were mystified. "What was Apple thinking?" More accurately, what was Randy Ubillos thinking?

Steve Jobs died in October of the year FCP X was released, but even taking into account his illness, the development of all of this started well before, so no matter how the release was managed, the roll of FCP X and simultaneous end of life for FCP 7 still had to have Jobs' approval. Apple does nothing by accident. In the final analysis, it did not matter what Apple's motives were, to Apple customers, it was horribly managed.

Randy Ubillos was still the Chief Architect of Photo and Video Applications for four more years, years that included the end-of-life for Aperture and iPhoto. To outside observers, it looked like the continued consumerization of Apple imaging software with no regard for Apple's decades-long relationship with professional users. Steve Jobs was a visionary and what Steve and Randy may have talked about was a future that Steve Jobs never lived long enough to see realized.

What was Apple thinking when it did all of this? The reason it's an important question is because of the possible connection to company's future plans for editing video on the Apple platform.

Steve was a consumer guy

Jobs felt that it was a waste of time to try and compete in areas that were not Apple's primary expertise. That was his answer when people asked why Apple was not working harder in servers: there were already players in the server space and it was not Apple's primary skill set. In an employee meeting, an engineer was pressing Steve on expanding Apple's enterprise space beyond the Xserve (a product now discontinued). Steve told him that if he (the engineer) wanted to work in the enterprise space, there were companies who did that sort of thing. Steve was a "consumer" guy and he made no bones about it – period!

However, Final Cut Pro was already huge in the market and its success gave credence to the fact that digital video was in Apple's wheelhouse for not just consumer video, but for professionals (hence, y'know, Final Cut PRO). At the same time, Apple purchased a lot of pro video software code that resulted in Final Cut Server, Color and Shake. Now, all of that is gone. It's a mystery why it all evolved the way it did. Why dive into the pool head first, then get out, drain the water and fill it with dirt? Yet, companies do that; they change their minds.

It does not matter what Apple's plans were; enough professionals no longer trust Apple's commitment to professional software. It's certain FCP will never have the position in the professional market that it once had, well, at least not for anyone older then 20, and that's what's significant here. This all about the future generation of professionals, most of whom are still in school.

My prediction? iPhone 7 may help make the case

For those of you who previously used FCP 7 and earlier (and that includes me) and think the following idea is just dumb, don't fret; Apple does not care what you think, because you are NOT the future. The future is what Apple is about, and that is what the company is shooting for.

Author John Gruber made the obvious point that Apple is now the leading camera company in the world. That's based on pure sales that are now at one billion units sold. And Mr. Gruber went on to say that the iPhone 7 looks more fundamentally like a camera then it does an actual phone.

Here is my look into the crystal ball: one NLE, scalable, both cosmetically and functionally, to run on each device Apple has. The name does not matter, as long as the mobile version looks familiar to users of FCPX. For younger users (the real future), such a mobile version will provide an even quicker and smoother transition to Final Cut Pro. This is about creating an even stronger consumer bond, while at the same time rolling the first fully touchscreen version of a professional NLE to the market (not touchscreen to the exclusion of using a mouse, but a version that can work either way).

Apple will not have to try and steal back Adobe Premiere customers, because the future of the NLE can begin shipping for free on iPhone 8 or 9. In this scenario, if you stop by an Apple store, you'll likely see a fatter version running on an iPad Pro or a full version running on a computer with multiple tracks of 4K video, all touchscreen capable.

Apple's competitors in smartphones cannot compete with the company in the software space. They cannot capture people's imaginations the way Apple has the potential to do.

Consumer is not dirty a word

The problem for Adobe is that the future of the NLE will be in the hands of consumers first. Adobe cannot ship consumer NLE software on hundreds of millions of mobile devices, let alone do it for free. However, Apple can and, if it plays its cards right, editors will just grow up and never have to look anywhere else to do whatever is in their head, by migrating seamlessly to software they already know, with all the professional capabilities anyone will ever need. Remember this is the company who used to dominate professional video software and now it can afford to do anything it wants.

Apple already has the future of NLE in the palm of its hand, literally.