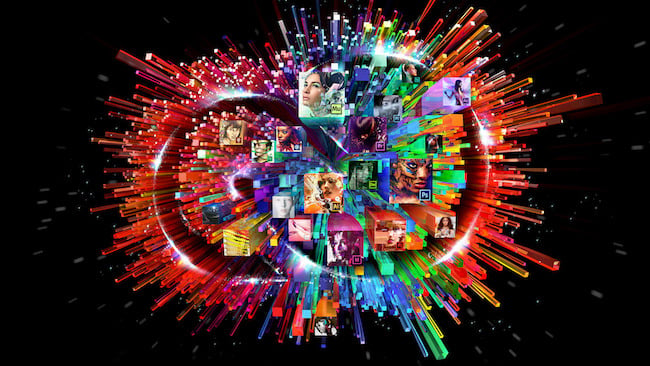 VR editing will see auto-aware VR built into PremierePro, a feature that will detect and apply proper settings to monoscopic or stereoscopic virtual reality clips. This takes the current VR capabilities to the next stage since with current PremierePro, these properties must be selected manually.

After Effects users will see a new 3D rendering engine incorporating Maxon’s Cinerender technology. This will dramatically increase the speed of 3D content creation. This is accompanied by improvements to Character Animator which will not only speed up creation but also enhance interoperability with Photoshop and Illustrator. The rendering and playback speed enhancements in AE extend to the ability to preview RAW footage real-time with Adobe filters now being GPU accelerated for faster rendering of compositions.

Adobe is also speeding up insertion of clips acquired from Adobe Stock Video.

In PremierePro CC, there will be some tweaking of the Lumetri Color panel to provide HDR10 metadata support. This will position PremierePro as a delivery tool for HDR consumer sets.

PremierePro CC users can now also access Audio Network's plug in panel that will let them choose music from Audio Network's library of over 100,000 high quality and original tracks, and audition it right in their media bin. MP3 tracks are used for auditioning purposes and are replaced with uncompressed WAV files automatically once a file is chosen. Click here for more info.

Finally, users will see improvements to captions and subtitle functions in PremierePro CC with silent auto-play video previews on Facebook to target multiple languages as well as improved experience for hearing-impaired viewers.

Subscribers to Team Projects can share resources via the Cloud and smart conflict resolution allows multiple users to work simultaneously in PremierePro, After Effects or Prelude. The data can be securely hosted in the Cloud while local devices can contain proxies. Details about Team Projects will emerge at IBC but it does appear that this is a service separate from Creative Cloud subscriptions.

Adobe Primetime Takes It Up A Notch

Adobe likes to refer to itself as a company that offers tools and resources to take a project from conception to delivery to end users.

In that regard, the new capabilities of Adobe Primetime will enable personalized and buffer-free content delivery across a range of platforms from personal devices to TV set tops.

Key to this strategy is the ability to offer live ad-replacement across all devices based upon metrics developed about the individual user. In using both server and client-side resources, this insertion can be immediate and buffer free. Based upon Nielsen segments and psychographic data, customizable ads can be inserted which will, for example, replace the live TV generated ads with ads targeting the individual viewer.

Adobe collaborated with NBC to offer such a service during the Rio 2016 Summer Olympics where Adobe and NBC claim that over 3.4 billion minutes of on-line OTT video were viewed.

This demographic targeting is based upon enhancements to Adobe Analytics which instead of measuring viewer behavior in quartiles can now do so second by second.

This technology can be utilized to increase monetization of content by providers.

The enhanced Primetime capabilities are being rolled out now.

The new features and enhancements to Adobe Creative Cloud applications will be previewed at IBC but with no specified release dates. Adobe’s previous track record would lead us to believe that the CC updates should appear in the next few months.