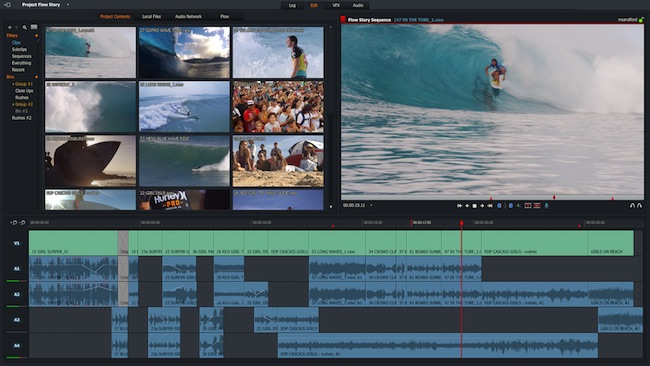 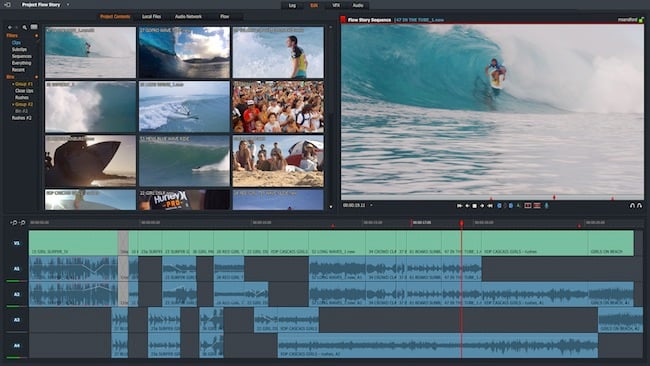 Building on the legacy of the Lightworks NLE engine, Editshare’s new remote editor features proxy editing capabilities with secure access to media from anywhere in the world.

Remote production is a growing theme within the industry, driven both by an increase in technical capabilities to the point where it is practical and the ever-present need to trim costs and move media around and not people.

Flow Story was trailled at NAB and is getting its official launch at IBC next week. Essentially, it allows users to work remotely with secure access to on-premise storage and media assets via an Internet connection, making it a good fit for any broadcasters operating remote teams in news, sports or elsewhere. Users can assemble content, add voiceovers and collaborate with other NLEs for finishing, delivery or playout of packages, while direct access to on-premises storage makes for speedy and secure content exchange - and guards against some of the security issues people tend to raise with less secure cloud-based systems.

One of its key USPs seems to be advanced and robust round trip support, which the company says will make for a faster and more collaborative edit, review and approval process. Coupled with full Flow MAM integration, it also means that users can organise automated features such as transcoding, notifications, video QC and archiving to optimise workflow around a facility.

As tends to be the case with Editshare kit, there’s an impressive degree of openness at work. Flow Story supports what the company insists is ‘hundreds’ of formats including ProRes, Avid DNxHD, AVC-Intra and XDCAM, through to 4K and beyond, such as RED R3D, XAVC, Cinema DNG and DPX. It also supports industry-standard NLEs (and DAWs) such as Avid Media Composer, Adobe Premiere, Blackmagic Design DaVinci Resolve, and Avid ProTools, supports the AAF interchange file format, and has third party support for Audio Network too.
Elsewhere, an ‘Edit While Capture’ feature allows any format (including Long GOP) to be accessed during recording using EditShare Flow MAM or Geevs Ingest servers; when connected to any EditShare Flow Database it boasts realtime collaboration with other Flow products projects; it features a good selection of realtime effects, and reflecting the realities of working on the road it is also capable of standalone offline working.