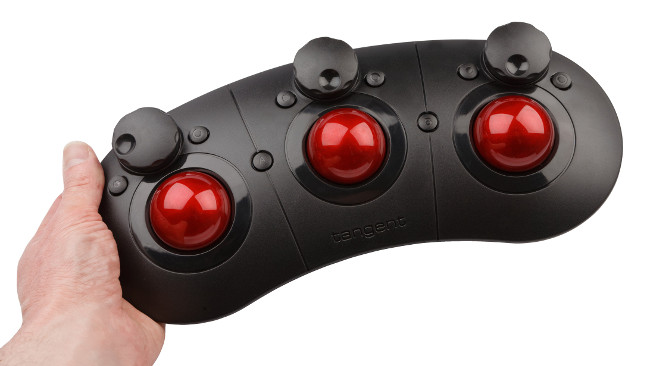 Here's an early peek at the Tangent Ripple control surface, which offers some of the functionality of the company's more upscale products at a fraction of the price.

When Tangent first announced its $350 Ripple control surface, I was determined to place a pre-order the moment dealers began accepting orders. And I'm glad I did because Tangent announced that demand had far exceeded supply and that it might take until the middle of July to fulfill the backorders.

Who wouldn't be excited? The thought of a control surface over $1000 less than Tangent's popular Wave panel peaked the interest of users, such as myself, who routinely grade my own material, but who could not justify the investment in the Wave panel and certainly not in the Element.

The Ripple has 3 trackballs and three knobs. There are A and B buttons as well as a button beside each of the knobs.

Set-up wasn't the easiest. All that Tangent includes in the box is a sheet with the usual warnings, CE and FCC compliance certification and three paragraphs of lawyer-speak warranty information. The website does have a rudimentary manual and configuration instructions for Adobe PremierePro 2015.3.

The Tangent Hub utility must be downloaded from that same Tangent support page and, once installed, consists of a driver and a folder with files for mapping keyboard, detecting attached devices, software update and uninstall. The site also has a document indicating which supported applications require the hub. But at this early stage in the development of the Ripple, Ripple is not shown as one of the control panel options.

Ripple connects to any PC or Mac USB port with sufficient power. I have connected it to a garden-variety powered USB hub and the computer recognizes immediately. Supported applications include DaVinci Resolve 12.5, Premiere Pro 2015.3, Final Cut Pro 7 and X, Logic Pro and Apple Motion.

Here is where the guessing games begin. To use the Ripple with DaVinci Resolve, open the Preferences dialog in Resolve. Note this is the Preferences from the top menu rather than from the 'gear'. Select Control Panel and guess what – there is no option for Tangent Ripple. I first selected Tangent Wave and nothing happened. I checked the web site again and no information. My dear friend Google led me to an early review by Scott Simmons which indicated that Tangent Element needed to be selected. Once I selected the Element, Ripple worked just fine in Resolve 12.5.

At the moment, the Resolve 12.5 configuration cannot be remapped.

The true power of the Ripple is seen in Adobe Premiere Pro 2015.3. Tangent's set-up guide is quite thorough and will instruct you first to add Tangent in the Preferences. 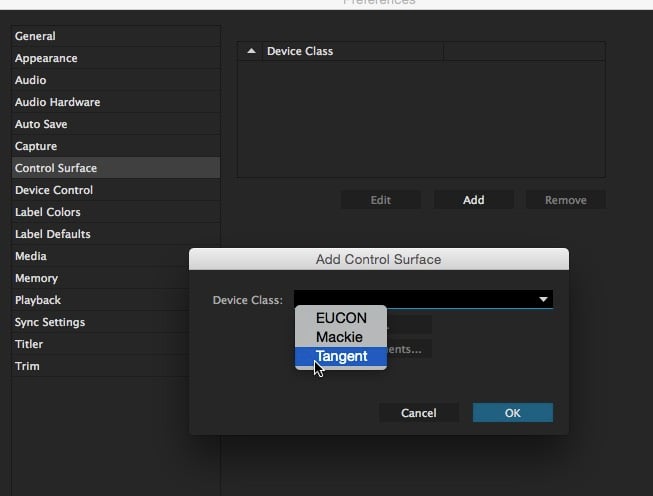 The balls and knobs work in both Editing and Lumetri modes. Opening the Lumetri panel in Premiere Pro is the first step. Tangent has a default configuration for each of the Lumetri paremeter groups. Select Creative, for example, and the controls are mapped to shadow tint and highlight tint. Select Color and then the color wheels with the mouse and then the controls are mapped to the color wheels. 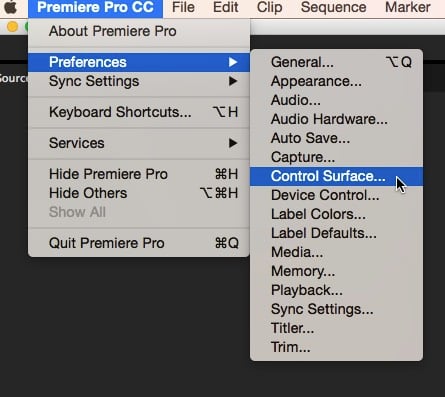 It is here that the power of the remapping occurs. While the Lumetri panel is open, launch the Mapper application. Tabs across the top indicate the default settings for each mode. A somewhat complex pdf manual for Mapper explains how to change settings in each mode. It is also noteworthy that the A and B buttons can toggle between a standard and alternative mapping. Save this custom configuration and launch the Mapper application to select it each time you wish to use that configuration. It seems to return to the default setting after quitting Premiere Pro.

Very straightforward – a wonderful investment for the non colorist. Despite not having mapable controls in Resolve, trackballs are a significant improvement over using the mouse in color wheels. In Premiere Pro, the already-powerful Lumetri panel becomes more powerful as the customizable remapping allows Ripple to come close to its big siblings. I look forward to Ripple support in Color Finale, my favorite color solution working within FCP X. I do not use Logic Pro and Motion, but would assume that with mapable functions available in both applications, results will be just as good as in Premiere Pro.

I hope that over the coming weeks, as the Ripple becomes more available, that Tangent will offer additional documentation and support on the web site. I hope that programming intricacies will allow Ripple to be configurable within Resolve.

The Tangent Ripple is well-worth the money and eases the more casual color grader's workflow with a basic but powerful product.