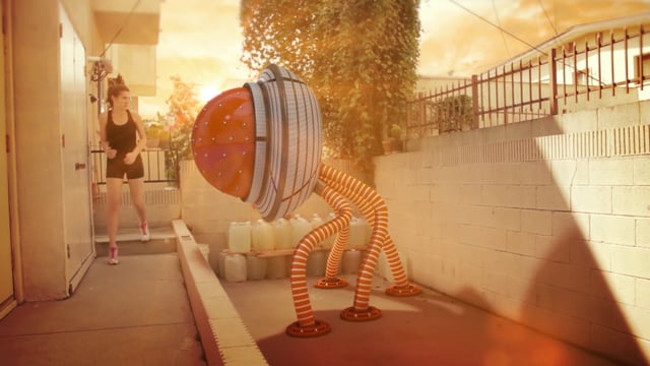 VFX artists may be delighted to learn the mocha Pro 5 is now available, bringing with it a host of improvements.

After an extensive beta testing period, Imagineer Systems' mocha Pro 5 is now shipping in both standalone application versions as well as plug-in options for Adobe Premiere Pro and After Effects, Avid Media Composer with OFX support for Nuke and Resolve soon to come.

Mocha has earned a place in the VFX artist's tool box as the go-to planar tracking application. Tracking, compositing, rotoscoping, stabilization and object removal could be finished within the mocha application itself or, as most commonly used by compositing artists, exporting of the tracking data to a dedicated compositing application such as Adobe After Effects or Nuke. In fact, an AE plug-in facilitates interchange between mocha and AE.

In December 2014, BorisFX acquired Imagineer Systems. This acquisition has enabled Boris to integrate mocha tracking into Boris Continuum Complete, augmenting the native BCC tracker. BorisFX committed to continued development of mocha and version 5 reflects the synergy of both companies.

mocha Pro 5 is touted as a major release and, having participated in the beta program, I can confirm what Imagineer Systems/BorisFX claims. It now has GPU acceleration with a new OpenCL planar tracking engine. Speed is boosted considerable. It has new export modules for SilhouetteFX, Blackmagic Fusion, HitFilm and mochaBlend C4D. Much of its capabilities are built around Python and the new Python module integrates with DAM as well as background rendering. The UI has had some slight tweaks and overall speed is considerably faster.

The plug-in option for Adobe and Avid (with OFX on the way) represents a more economical way of moving into the mocha tracking environment with functionality limited just to the specific host.

We will be publishing a more complete review of mocha Pro 5 within the coming weeks.

Additional details may be found at www.imagineersystems.com.