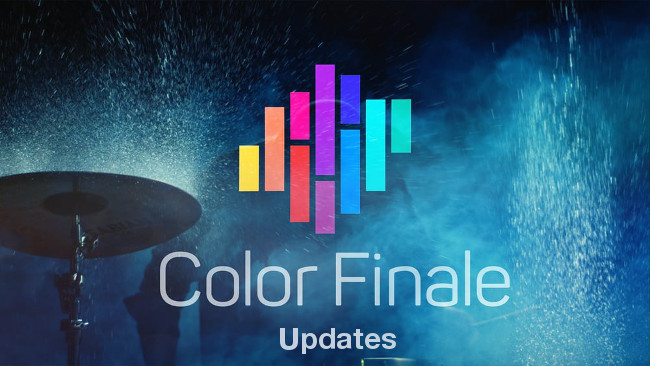 In the year since its initial release, Color Finale has emerged as among the leading color correction plug-ins for FCP X. I reviewed the product for Redshark in March and, since that time, it has definitely become my color grading plug-in of choice when working strictly within FCP X.

Vectors Tool Update – Enhanced functionality. This is an under-the-hood improvement.

LUT Gallery – View sample of clip with each LUT installed in Color Finale.

These updates will be free and available this month.

Also announced is a Color Finale Pro version which, according to company, can effectively make FCP X a pro grading as well as editing application.

Foremost among the Pro enhancements is the adoption of the ACES color management system. Color Final Pro will include all ACES IDT's supplied by camera manufacturers for one-clip application to clips.

The most exciting enhancement, though, is integration with Tangent control panels, including the Element, Wave and, when it is released, the $349 Tangent Ripple.

Group grading speeds up workflows when the same grade can be applied to multiple clips. Selecting those multiple clips and specifying them as a group applies the grade to each clip.

Finally, grades can be stored into a grading gallery for future reference or application to other clips.

Color Finale Pro will also ship in May at a price of $149, with a $49 upgrade price for existing Color Finale users.