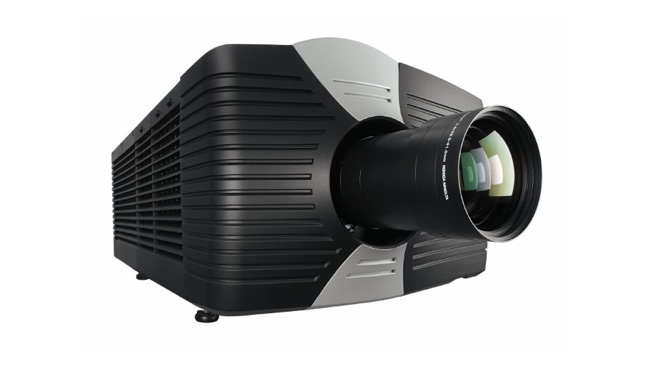 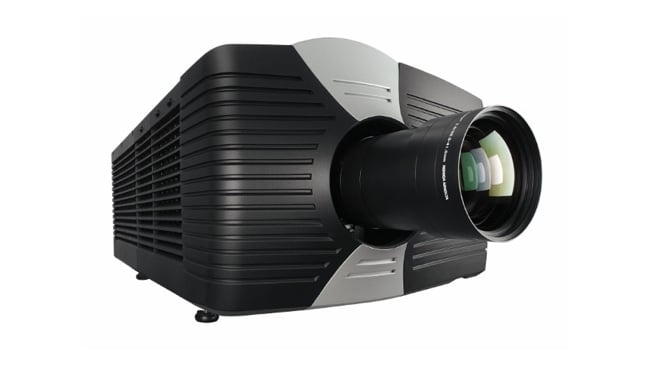 None more black. The last time Rakesh Malik saw blacks as deep as in a Christie projection demo he saw at NAB was when he was deep underground in a cave system in West Virginia.

In the deepest part of the cave, our guide had us turn off all of our head lamps. He talked for a few minutes while our eyes adjusted, then he had us put our hands in front of our faces.

Knowing that your hand is practically touching your nose and yet not being able to see it is a bit disconcerting, but it’s an example of what "black" really looks like.

Christie's demo at NAB was a small theater. They showed some standard dynamic range content, and then showed "black" and had the host stand in front of the screen, to emphasize how bright black” really is in a standard theater by having him cast a shadow on the "black" part of the image.

The presentation then switches to high dynamic range mode, and shows a black screen. The narrator made a point of reminding us that the projector was on full, and then asked us to put our hands in front of our faces.

It reminded me of being in that cave. It really was that dark, something I've encountered in no other theater.

After that, they showed some standard dynamic range content with the projector in HDR mode, followed by a remastered version of the trailer from "Mad Max: Fury Road" which they had updated
for both wider color gamut and high dynamic range.

Though the projector could show 4K, the "Fury Road" trailer was in 2K, so we saw it in 2K.

Christie also helped to put together the system used to show 11 minutes of footage from the forthcoming ‘Billy Lynn's Long Halftime Walk’ by director Ang Lee. For this one they used two 4K 120 frames per second ultra-bright laser projectors.

The 3D glasses were polarizers, which reduce screen brightness by two stops, so 3D images generally look darker than standard images. With these Christie projectors however, that was most certainly not the case. To say the images were bright and sharp is like saying that the sun is a bit bright. At 120fps, there's no noticable motion blur, which combined with 4K resolution and stereographic projection leads to an image so richly detailed and so sharp that it looks more like you're on set during a rehearsal than watching a movie.

While the footage Ang Lee showed at NAB was not color graded in HDR, his team is planning on grading the movie in HDR when it's finished.

One of Christie's representatives told me that presently they have two lines of high-end laser projectors; one for HDR and one for 120 fps ultra-bright projection. He didn't have a timetable to share, but he said that Christie is planning to merge the two lines so that they can project 4K at 120 fps and in HDR.

High frame rates and resolutions don't add much to footage that's already completed, but even without remastering, Rec709 footage looks better with a high dynamic range projector. Simply having true black raises the subjective image quality quite a bit.