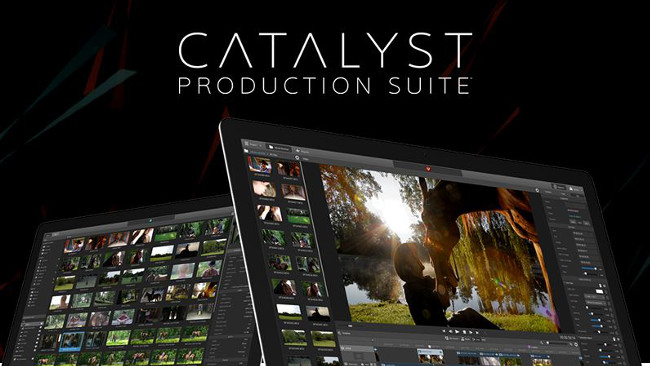 Sony has moved its Catalyst Prepare and Catalyst Production Suite to a per month or yearly pricing structure.

The latest application to move to subscription is the Sony Catalyst Production Suite applications. These products fall under the umbrella of Sony Creative Software, which was formally Sonic Foundry before Sony's acquisition in 2003. Its primary specializations have been audio tools, Sony Vegas and as a conduit for distributing support software for Sony cameras.

Beginning with the 2016.1 versions, both the Production Suite, consisting of Catalyst Prepare and Catalyst Edit, as well as the stand-alone Catalyst Edit version, will move to a monthly or annual subscription pricing model.

The Catalyst Production Suite applications provide a workflow suitable for dealing with footage directly from Sony cameras, but their application is not restricted to Sony acquired material. Catalyst Prepare ingests media, allows basic color correction, media management and transcoding of footage. Catalyst Edit is seeking to establish itself as yet another NLE.

When I evaluated Catalyst Edit some months ago, I noted weak integration with Catalyst Prepare. One would assume that it would be easy to pass material from Prepare to Edit, but the process was far from seamless. Sony claims better integration in the 2016.1 version of Edit.

Prepare has been a valuable resource for my own work with Sony footage, whether from dedicated video cameras or mirrorless cameras. Of particular note is the preservation of all of Sony's metadata, the ability to add metadata and the ease of export to other metadata-savy apps. Its ability to differentiate between Rec 709 or Log origination of the footage, as well as the ability to apply LUTs and color correction, speeds up my workflows.

To me personally, Edit was a basic NLE, but really not needed, considering all of the other more mature NLE's. I would hope to see a stronger NLE in version 2016.1 to strengthen the product's positioning.

Until this update, Catalyst Production Suite was sold as a permanent license, either as a suite or stand-alone Prepare. Edit was not sold in a standalone version, nor will it be able to be licensed outside of the bundle. Sony has assured existing users that their permanently licensed product will continue to work and has installation instructions to allow both to co-exist on a users' machine.

It is an interesting move for Sony Creative Software. While no sales figures are available, just casual interactions with Sony users don't reveal a high level of adoption. The free Catalyst Browse software seems to have a following, with its limitation of few features and application of the same effect to all clips (good really for just delogging a folder of clips). In an age where Blackmagic Design gives away DaVinci Resolve and bundles Resolve Studio with many of its cameras, one would think Sony could resolve inter-division financial issues and bundle this suite with Sony cameras.

As an incentive to try out the subscription model, Sony is providing all existing users of Catalyst Suite 2015 with a redemption code for six free months.

We would be interested in hearing your comments, particularly if you are already a Catalyst Production Suite user.