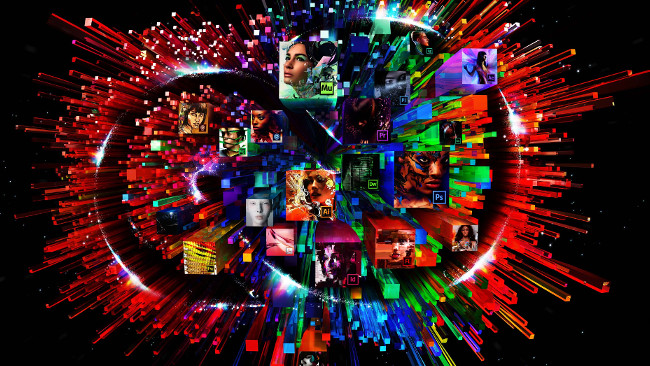 Here's another take on Adobe's recent pre-NAB announcement, which digs into the upcoming changes in Creative Cloud and what may have influenced them.

Our North American Editor Patrick Jong Taylor has highlighted for us Adobe's announcement for the next round of CC upgrades scheduled to arrive this summer.

He so correctly hits upon Adobe's venture into VR editing. NAB 2016 will unquestionably be the point where virtual reality transitions from a purely gaming or techno-geek experience into a whole new medium of storytelling. Adobe clearly moves to the head of the pack in giving editors the tools actually to edit and deliver VR content.

But the announcements say a few other things about CC's direction.

The influence of FCP X and Resolve

Clearly Adobe Premiere CC has far broader adoption in the broadcast and cinema worlds than Apple's Final Cut Pro X. But Adobe is quietly slipping in some features that were in FCP X virtually from the beginning. Editing during ingest and native/proxy workflows? That surely sounds like a borrowing from a feature that FCP X editors regularly rely upon.

Enhancing the Lumetri color tools has another hidden meaning. Adobe Speedgrade does not seem to have attracted a broad following. The dynamic linking of files never seemed to work properly. It wasn't until recently that you could even get a preview through a capture card. And, at least to me, the interface was confusing. DaVinci Resolve grabs a tremendous share of the color grading world and free (or $1000 for the Studio version) is hard to beat.

At a press briefing a few weeks ago where we first learned of these upgrades, but of course were not allowed to speak until the official announcement, a journalist questioned Adobe about Speedgrade future development and received a response to the effect of "we're concentrating on Premiere Pro in this iteration."

I suspect that we will see Speedgrade gradually folded into Premiere Pro. The ability to perform secondary color corrections within the Lumetri panel hints to this.

Adobe Audition also gets an FCP X-like upgrade. Audio channels can be assigned "roles" for easier organization of tracks, even as the mixing process is simplified with the Essential Sound panel – another case here of borrowing an FCP X feature, but still being able to remain in the traditional track model that is familiar to editors.

All Adobe, all the time

Reading between the lines, Adobe is strengthening a "cradle to grave" model designed to keep content producers within the Adobe product family without significant jumping between applications. Premiere Pro becomes more and more, dare I say, Avid Symphony like, with strong integrated color tools. Speedgrade is still present, but what is important is the Speedgrade technology rolled into Premiere Pro. All an editor needs is within CC – ingest, work proxy or native, sweeten audio, grade, maybe add an animated character, buy stock images and then create deliverables in multiple formats and, of course, edit and deliver your VR story.

It's a sound strategy and one that will expand Adobe CC's reach in traditional as well as in emerging formats.

We'll have a lot more to say as we speak face-to-face with Adobe reps and see the NAB demos.