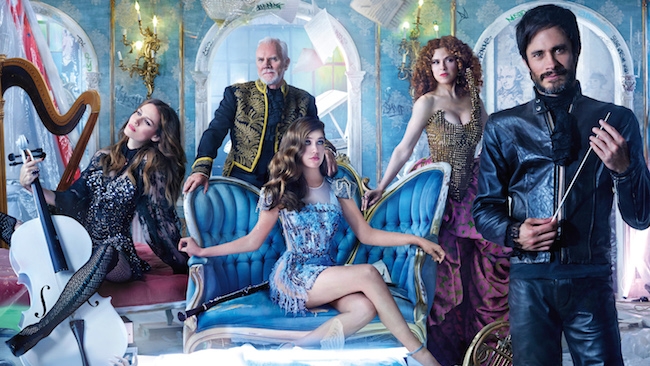 It’s something of a limited launch: one series in one country on one make of television, but it’s still a launch. HDR is coming, albeit slowly, and it's coming first to Amazon Prime.

Last week, Amazon announced the availability of the first High Dynamic Range content with the news that subscribers to its online video service in the US can start watching the debut season of the Amazon Original Series ‘Mozart in the Jungle’ in HDR right now via its dedicated app on Samsung SUHD TVs (more precisely, the JS9500, JS9000 or JS8500).

The well-received comedy drama first appeared on the service in December last year and, while details are frustratingly light on exactly how the HDR content was remastered, a year after the company first delivered 4K it’s now rolling out HDR - what's more it has become the first to do so.

It was always going to be a streaming service that got there first, it just wasn't meant to be this one. Netflix has, of course, committed to rolling out HDR too with its forthcoming ‘Marco Polo', and having already pinned an impressive number to the amount of content it’s planning in the format — 10 out of 60 original productions this year — the Amazon announcement comes across as a spoiler as much as anything.

Here’s the money quote from the PR about it all. “HDR is the next step—additional titles in HDR and expanded device compatibility can be expected this year as Amazon continues to work with Hollywood studios, technology leaders and global consumer electronics companies to expand the Amazon HDR experience.”

Spoiler or not, though, it does though seem to have kickstarted a welcome wave of HDR activity, as LG has also promised that "Amazon HDR streaming will be available on this year's LG OLED 4K ULTRA HD TVs in the coming weeks.”

Now all we need are more supported sets, more shows and something that might even represent a standard…