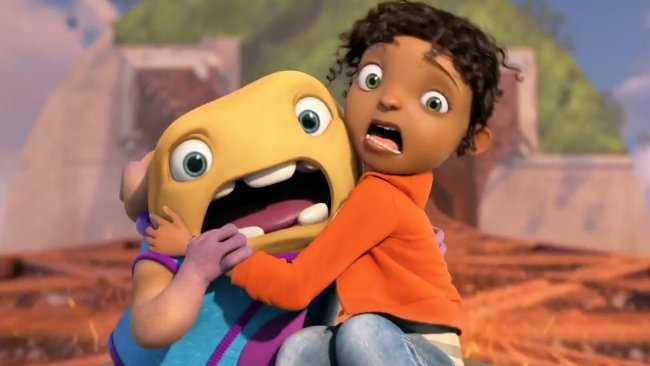 It's easy to forget that DreamWorks was once the bright young upstart of Hollywood. Founded in the mid-'90s by Steven Spielberg, David Geffen and ex-Disney boss Jeffrey Katzenberg (with the help of $500 million investment from Microsoft co-founder Paul Allen), DreamWorks SKG was Hollywood's first new film and animation production studio in decades, one with a video games division (DreamWorks Interactive) and music label (DreamWorks Records) to boot.

Yet, despite the multiple box office and critical successes, DreamWorks has long been beset by troubles. Those new media divisions shut down just a few years later and the company twice came close to bankruptcy, the first time even as Shrek was finally establishing the animation studio as a serious rival to Pixar. The live action studio was then sold off in 2005 with new venture DreamWorks Studios operating only as a production company, one that ironically has its films marketed and distributed by Disney. The animation division, meanwhile, was spun off into a separate entity in 2004, with Katzenberg at the helm.

Despite expansions and acquisitions, it too has experienced mixed fortunes (with a share price currently at less than half its 2010 peak), with a determination to roll out up to three movies a year, undoubtedly leading to quality control issues. For every Kung Fu Panda there's been a Bee Movie, for every Shrek a Shark's Tale. Critics have also griped at the reliance on sequels and spin-offs, the tendency for celebrity voice casting and a tired formula of smirking, anthropomorphised animals and knowing pop culture references.

While Pixar has also occasionally faltered in the last few years, DreamWorks has stubbornly remained in its shadow, both in terms of perceived quality and box office success, while also facing further competition from the likes of 20th Century Fox's Blue Sky Studios. Clearly, there's a limit to how many CG-animated features the market can handle in any given year and the children's market is an eternally fickle one, where even franchise sequels aren't sure-fire bets.

By mid 2014, stung by the poor reception for Turbo and the (unfairly ignored) Mr Peabody and Sherman, DreamWorks was actively looking for a buyer. First came talks with Japanese telecoms giant Softbank, then in November a deal with Hasbro was in the cards. Neither panned out, however, and now comes a drastic restructuring that will see the closure of its prime PDI DreamWorks studio in Redwood, California and the loss of 500 jobs across the company, from a total workforce of 2,200. That follows the loss of 350 employees back in 2013.

Admitting that the studio had "fallen short on the creative side," but sidestepping further talk of buyouts, Katzenberg says the plan is to focus on just two films per year – one original, the other a sequel – and to lower production costs across the board. Two projects, B.O.O.: Bureau of Otherworldly Operations and Mumbai Musical, have been put "back into development," while a third, Captain Underpants, will now be completed externally by Montreal's Mikros Image on a significantly lower budget.

Next year will see the arrival of Kung Fu Panda 3 and Trolls, but this year, the only offering from the studio with be the risky new property Home – another intergalactic fish-out-of-water tale, featuring the voice talents of Rihanna, Jennifer Lopez, Jim Parsons and Steve Martin, no less. It's scheduled for release in the UK and US on March 27th.