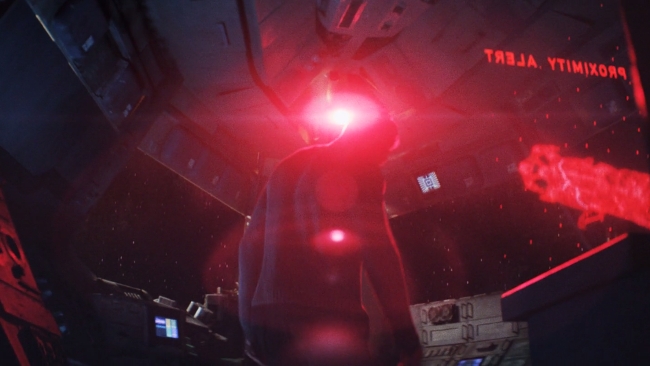 Here's an exciting and rather insipiring new sci-fi short, Atropa, featuring gorgeous visuals and deft direction, all of which has been achieved on a shoestring budget.

At RedShark News, we always love to see amazing films that have been made with next to no money. Eli Sasich is one director who seems to be able to work miracles with minimal resources and his new science fiction short, Atropa, seems set to follow in the footsteps of his previous work, HENRI.

Although shot on a RED, Atropa makes use of very small sets combined with CGI and exceptional lighting and sound design to really draw the viewer in. Atropa would make for a great set-up to a feature, given its cliffhanger ending, and one would hope that Eli gets the chance to make it into one, given his obvious talent.

Those who grew up in the days of the Commodore Amiga may notice a familiar name in the credits for the CGI. Tobias Richter was one of the most well-known artists for Amiga games, creating the Alien inspired artwork and pioneering 3D animation for the Alien Breed games, as well as many famous demo animations.

It's great to see that he's still active and producing great CGI in this way.

Atropa is a wonderful homage to the sci-fi films of the '70s and '80s, combining modern computer interfaces with a grainy, low-key look. Acting ability and screen presence, two aspects that are often lacking in such low budget productions, have no such issues in this film.

In short, Atropa is yet another example of why the talent behind and in front of the camera is more important than the branding on your camera gear.