Everything Changes With Pixar's RenderMan 19 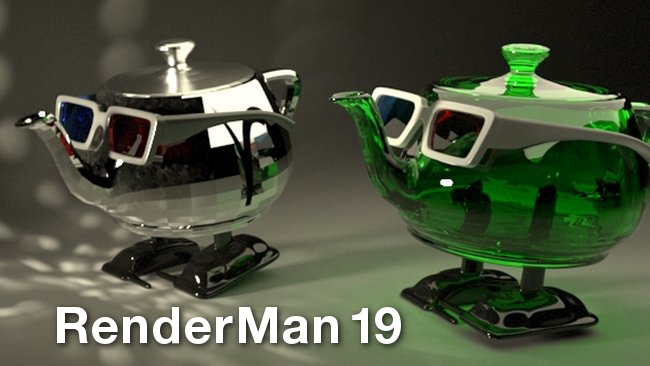 The latest version of RenderMan is here and much has changed under the hood of what is arguably the industry's most widely used piece of rendering software.

As popular as Pixar's movie output has been, the studio's most significant contribution to the industry has arguably been its RenderMan renderer. Launched 26 years ago – and with its roots in techniques and specifications laid down back when the studio was part of George Lucas' filmmaking empire – RenderMan has long been the rendering tool of choice for high-end visual effects and animation studios. During that time, it's been used on everything from The Abyss and Toy Story to Guardians Of The Galaxy and The Boxtrolls, even becoming the first piece of software to win an Academy Award along the way. Pixar may now form part of the Disney empire, but development of its commercially available tool continues, with RenderMan 19 taking the software in some radical new directions.

In fact, RenderMan 19 isn't so much an upgrade as a brand new piece of software, with everything rebuilt from the ground up to embrace something called the RenderMan Integrator System (RIS). As well as handling the heavy demands of ray-traced global illumination with unprecedented speed, RIS also supports multiple methods of simulating light transport. Utilising a new node-style system based around plug-in integrators, artists can quickly access a variety of tracing methods, including uni-directional path tracing and bi-directional path tracing with photons. Everything in RIS is effectively a plugin, with Pixar supplying source code so that users can also develop their own integrators. The aim is to clearly foster a global community of plugin sharing and open-source tools development, with the free-to-use non-commercial version of RenderMan 19 helping to lay the foundations at the student/beginner level.

RenderMan 19 also boasts something called Progressive Rendering, which allows artists to incrementally refine the detail in a scene, and to interactively adjust materials and lighting setups with direct feedback via a live rendering. Other key features include advanced ray-traced subsurface scattering (for better rendering of semi-opaque materials such as skin and wax), Global Light Sampling, improvements to Pixar's classic REYES scanline rendering mode, close integration with Maya and Katana, plus an extensive in-built library of physically accurate shaders. A bridge for Cinema 4D is due next year, along with several third-party plugins to connect the renderer to various other commonly used 3D tools.

Commercial users with a current maintenance licence are able to upgrade to RenderMan 19 for free. Upgrades are also available for other users. A single RenderMan licence currently costs $495 plus $200 annually for maintenance.

Originally planned to be available at launch, the first ever non-commercial version of the software (itself a reflection of the fact it's easier to use than earlier versions of RenderMan) will now arrive in early 2015, with Pixar using the extra time to author additional training and support materials.

Visit renderman.pixar.com for more information. For a video demo of RenderMan 19, and a short film by Pixar made with RenderMan 19, go to Page Two!

This Teapot's Made for Walking