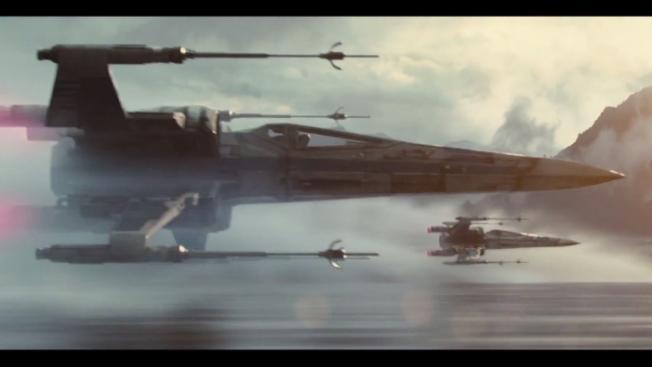 Words at this point are pretty redundant

There has been an awakening: Kim Kardashian’s famous derriere might have attempted to break the internet a few weeks ago, but it belonged to the geeks first and the new trailer for Star Wars: The Force Awakens put servers under a pressure they had rarely seen before. Why? Because it was good.

15 years after The Phantom Menace broke the heart of anyone who had reached beyond an uncritical, Force-obsessed adolescence, 88 seconds of JJ Abrams’ Star Wars: The Force Awakens was enough to put the magic back into the franchise again.

More words have already been written about the trailer than is truly decent, dissecting everything from the startled initial appearance of John Boyega to the triumphant introduction of the Millennium Falcon on the swelling notes of John Williams’ stirring score, and every nuance of the design of the new Sith lightsaber in-between.

So, all we will add is the following:

Despite the slow-motion train wreck that was the second instalment of the rebooted Star Trek franchise, the early indications are that Abrams could pull this off. We like the visual style and the way that it nods to the heritage of the first trilogy without slavishly emulating it. Certainly it’s a masterclass in how to make a triple AAA movie trailer and generate ridiculous levels of excitement A WHOLE YEAR before the actual movie is released.

We have plenty of time to rein in our expectations in the dozen months to come, but for the moment, let’s surf this wonderful perturbation in The Force and just have one last look, eh?