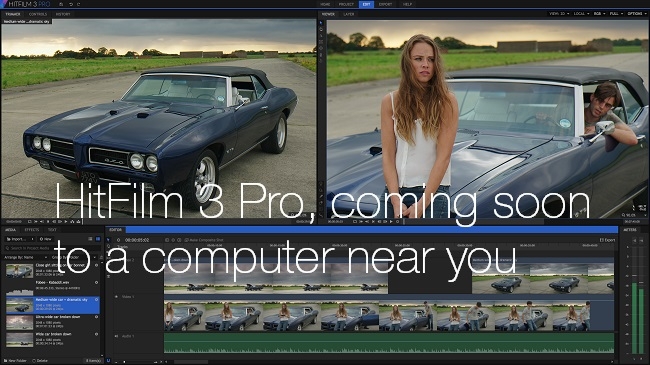 FXHome are about to release HitFilm 3 Pro, the latest version of their low cost, cross platform editing, compositing and grading package

FXHome are a small British software company that have been producing tools for Photographers, Editors and Compositors since 2001. The latest version of their Editing and Compositing package, HitFilm 3 Pro, is due out at the end of November and it looks like a really good deal.

HitFilm 3 Pro runs on both Mac and PC and can be used to Edit, Composite in a true 3D environment and Grade your shots. It has an extensive palette of effects and includes mask tracking licensed from Mocha and the ability to run OpenFX plugins from third parties. 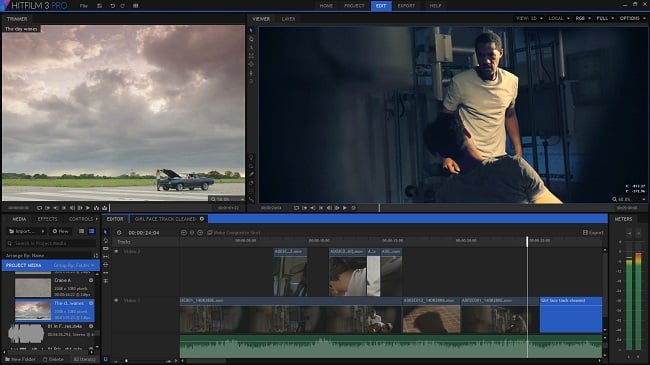 Compared to the previous version, HitFilm 3 Pro has an improved user interface, making it easier to edit and composite in your timeline. It has a proxy caching system that means you will always be able to see your media in real time and it has over 20 new effects. In fact, the effects that are available in Hitfilm are also installed as plugins on your system and can be used in Premiere Pro, Final Cut Pro X, Vegas, After Effects and Motion. All 130 of them, at no extra charge.

The 3D compositing environment in HitFilm 3 Pro allows you to combine 2D footage, 3D models and Particle systems in your shots, with lighting and volumetric effects. You can even project 2D images onto 3D surfaces to build 3D environments from stills. HitFilm 3 Pro allows you to create complex particle systems procedurally using 3D models as the source. So one model of a fighter jet can become a squadron and a building can become a city, complete with fog and randomisation of sizes.

With a full 64 bit architecture, GPU acceleration and a 16bit OpenEXR pipeline, HitFilm 3 Pro can be put to use in the most professional of environments, yet it is still simple enough for the hobbyist filmaker to run it at home. The toolset allows for the creation of incredibly complex composites so almost anything is possible. Explosions, Fire, Smoke and Dust can all be added to create a level of realism that will convince your audience.

The full package including HitFilm Mocha and 130 plugins will be available soon for $299, or as an upgrade from the previous version for $169. For more information check out the HitFilm website.