To make a movie, first make a movie: how to get the attention of the film industry and get your film made 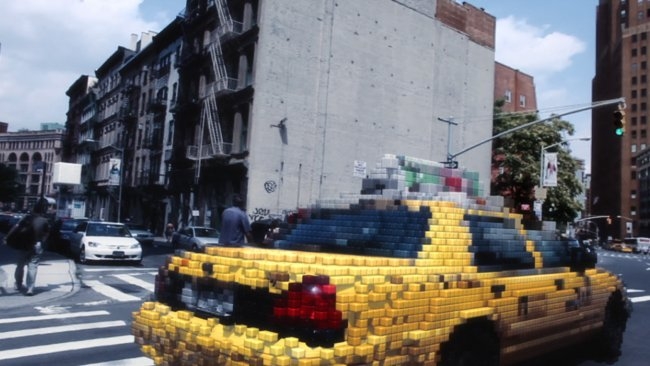 Despite its best efforts at times, the movie industry hasn’t killed creativity... yet. Responding to an ever-more risk-averse climate, film creatives are finding more direct ways to pitch their ideas.

The one thing everyone — creators and consumers alike— can agree on is that the movie business has changed beyond all recognition over the last couple of decades, and not for the better. It’s not simply that the movie studios are more risk-averse. Rather it’s that they want to eliminate any risk altogether, even if that comes at the expense of creativity and the longer-term benefits that supporting artistically-driven projects can often bring. As a result, today’s multiplexes (and accompanying chart of the highest grossing films) are awash with familiar brands, be they sequels, spin-offs, reboots, or even re-releases.

Money is obviously the primary driving factor for the changes that have taken place. Even accounting for inflation, movies are also a lot costlier to make these days. Back in the late 1960s a studio like Warner Bros. was worth around $400 million in total. Yet since Titanic that kind of figure is the typical movie production and marketing spend for a blockbuster. While studios were once able and willing to take a gamble on new ideas and new talent with productions costing five or ten million dollars, the numbers involved these days means that they can no longer be sure the box office hits will pay for the losers.

But then it’s a moot point anyway, for the studios that did take risks don’t even technically exist anymore.

Needless to say the whole process of getting a movie greenlit has changed. Where one decisions would be made by three or four studio executives, it’s now common for around 40 people to sit in on meetings, with decisions driven more by current box office trends, marketing tie-ins, foreign financing and ‘packaging’ (attaching sure-fire stars, directors and so on) than what’s written in the script or creative outline.

That’s not to say Hollywood doesn’t produce good movies. But getting Hollywood to greenlight anything truly daring has become nigh on impossible. Which is why we’re now seeing a growing trend for projects that eschew the standard short pitch/script approach in favour of a more tangible proof of concept, namely by creating an extended teaser or entire short film.

In truth, it’s not entirely new approach. Sam Raimi used his own Within The Woods short film as the basis for The Evil Dead, for example. Horror juggernaut Saw began life as a short film. Tim Burton first created Frankenweenie as a live-action film in 1984 before finally revisiting it for a feature-length animation in 2012. And Hollywood producer Robert Kosberg famously used 1962 French curio La jetée as inspiration (and part of the pitching process) when developing 12 Monkeys.

But the Internet and its ability for things to go viral has changed the game. (A well-received short film can easily receive over a million views on Youtube and other channels.) So too has the democratisation of high-end tools, with the arrival of affordable HD film cameras and low or no-cost tools for visual effects, compositing and other post production work. Consequently, we’re now seeing a whole generation of independent creatives – including self-taught filmmakers and students as well as TV/advertising directors and visual effects professionals – putting together projects for consideration by both the general public and the powers that be.

This route is especially well suited to animated projects and those reliant on visual effects work. These are inevitably the most attention grabbing, and also the least likely to get the greenlight by traditional means — Hollywood sees original projects with a heavy amount of world-building as expensive, risky unknown quantities. Not everybody who labours over a short to post online does so with the hope of turning it into a feature-length property of course. Some simply view such projects as calling cards, a way to get themselves noticed by Hollywood agents and studios. But the principle remains the same, as it does for filmmakers who look to crowdfunding for financing (be it for creation of the original short or for an entire feature-length movie, as Samuli Torssonen did with his $10m sci-fi pastiche Iron Sky).

One of the first major successes of this method of pitching was Tron: Legacy. Disney had failed to commit to a sequel to the highly influential but commercially unsuccessful original movie for years. Then commercials director Joseph Kosinski teamed up with veteran vfx studio Digital Domain and, with funding from Disney, put together a proof of concept. Their teaser, showing how modern CG techniques could be used to update the iconic story, was unveiled at 2008’s Comic-Con and hit the Internet shortly after. The positive reception prompted Disney to greenlight a big budget sequel and to place their faith in Kosinski as director to handle it.

Another success story is 9. Director Shane Acker originally developed his short in 2005 as a student project at the UCLA Animation Workshop. That proved impressive enough to convince Tim Burton and Focus Features to let him develop a fully-animated feature film. Budgeted at $30 million it took a respectable $48 million at the box office.

Master of the showcase 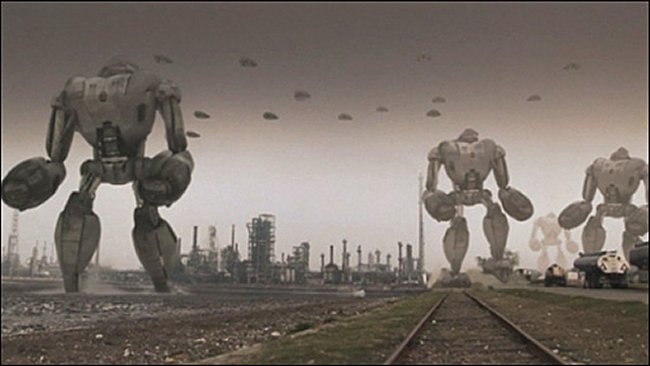 Perhaps the ultimate master of the short form showcase is Neil Blomkamp. While gaining attention for his ad work (the original dancing Citroen ad, in particular), Blomkamp used his combined directing and vfx skills to put together a number of short films — including Tetra Vaal, Alive In Joburg and TempBot — and with movie-quality production values on negligible budgets. He then worked with Peter Jackson to put together a proof-of-concept short for a Halo movie, which lead to being named as director. That ultimately fell through, but Blomkamp simply went back and reworked Alive In Joburg into a full-movie pitch: District-9. With the help of Jackson, Blomkamp obtained the necessary $30 million of funding, and upon the release of the movie found himself lauded as the next James Cameron. His next mainstream film, Chappie, will resurrect some ideas from 2004’s Tetra Vaal.

It doesn’t always pan out quite as expected, of course. Venezuelan director Fede Alvarez shot to fame in 2009 with his $300 short film Panic Attack and was immediately signed up to direct a big budget version. The project stalled, but the exposure and connections made led to his helming the Evil Dead remake. Ruiari Robinson’s award-winning shorts and striking commercials saw him land directorship of the long-awaited live action version of Akira. That project also floundered, so Robinson turned his attentions to short format filmmaking with Binky, before getting signed up for mid-budget sci-fi horror The Last Days Of Mars. He still hopes Binky will be picked up for development. Then there’s Patrick Jean, who caught the eye of Hollywood with this 2010 short Pixels. With Adam Sandler signing on as producer and star the project’s size and budget blossomed, ironically causing Jean to be dropped from directorial duties in favour of the more experienced Chris Columbus.

Boutique outfits with expertise in short films, animation and visual effects have also been getting on the act. Blur Studio is perhaps the most pro-active in this respective. Having introduced an internal shorts pitching competition over a decade ago, it has turned out a steady stream of acclaimed, sometimes award-winning non-commercial animated interludes. For a while it looked like the first of these, Rockfish, would be developed into a feature, but this stalled. Then the studio teamed with David Fincher to create a teaser for an adaptation of Dark Horse’s adult comic strip The Goon. When Hollywood still failed to see the commercial potential, Fincher and Blur turned to Kickstarter, raising almost $450,000 to help fund the project. Meanwhile, it was announced in 2011 that Blur boss Tim Miller would make his feature-directing debut with a movie for 20th Century Fox featuring foul-mouthed DC superhero Deadpool. That project also appeared to be in development hell until earlier this year when Blur’s all-CG test footage from 2012 leaked online. Again overwhelmingly positive online feedback resulted in a project being fast-tracked. A 2016 release has been pencilled in, with Miller still at the helm. 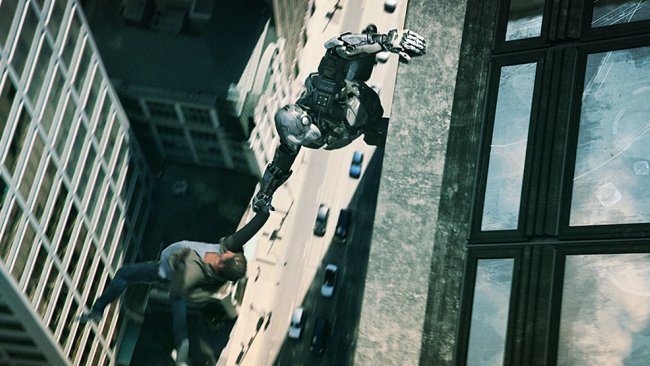 And on it goes, with a long list of bright young things — most recently including David Karlak, Michael Chance, Wes Ball, Taylor Wade Johnston — racking up online hits. The latest success story looks likely to be Steffan Hacker and Alexander Kiesel of directing/vfx outfit The Unexpected. Having created their own BotWars teaser short, they’re now in talks to develop it into a feature.

Such is the growing popularity of the short movie pitch that there is now a very real danger online media channels are becoming over-saturated. The days of the instant viral hit and subsequent dream job offer may be numbered to some extent. But then it’s arguable that even in a crowded pitching market it’s likely that the artists of real value will get continue to get noticed. It’s certainly got to be easier than knocking on doors for representation or studio meetings. And film studios are clearly wising up to the value of investing in high quality proof of concepts and in the benefits of roadtesting movies even before they’re put into development.

Who knows, by exposing movie executives to a constant barrage of unbridled creativity and reducing the risk involved developing new projects, it might yet encourage a new era of more adventurous mainstream filmmaking. We can but hope.