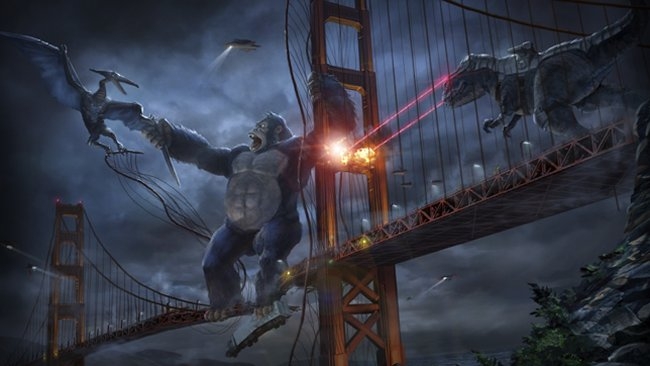 The Mighty Kong is back, via an upcoming feature-length movie followed by 12 half-hour episodes, courtesy of Netflix. Web-based content delivery and all-CG animation won't be the only ways in which the classic creature is updated, however.

Created by Netflix, 41 Entertainment and Arad Productions (home of ex-Marvel CEO Avi Arad), Kong – King Of The Apes propels the creature into the year 2050. The story has the perennially misunderstood primate once again cast as the bad guy, where he's framed by a shadowy villain who then promptly unleashes an army of robotic prehistoric beasts upon the world. Needless to say, there's only one creature powerful enough to stop them. And also, needless to say, this incarnation is very much pitched at younger viewers. The show does look like it'll boast some interesting production values, however, with environments and creatures possessing an organic cell-shaded/penciled appearance that owes more to The Iron Giant than the usual identikit, CG-brewed children's fare. 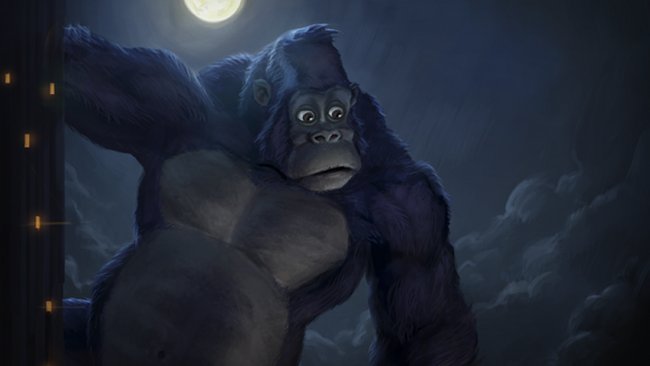 We're not quite sure what Merian C. Cooper would have made of it all, but, truth be told, his groundbreaking 1933 stop-motion/live action hybrid wasn't exactly short on ape-versus-dinosaur showdowns. The new 80-minute movie and subsequent 22-minute-long episodes will air via Netflix in 2016.