There’s more to Laika’s latest animated movie The Boxtrolls than meets the eye, not least in the way this ostensibly stop-motion creation seamlessly utilises modern animation techniques and even 3D printing to tell its wonderfully dark, critcally-acclaimed and subversive story.

The Boxtrolls offers firm proof, as if it were needed, that stop-motion animation is alive, well and very much in demand in this age of animated CG-movie overload. It’s not quite that simple, of course. Somewhat ironically, this venerable art actually owes cutting edge digital techniques a debt for its current renaissance. By helping to automate the production process, augment complex scenes and add final layers of detail and polish, the newer animation techniques allow the likes of The Boxtrolls' creators Laika and Bristol’s Aardman Animations to craft stop-motion films that are more visually ambitious, more economical and somehow better able to showcase their hand-crafted beauty.

Laika’s history and its relationship with computer generated imagery is an interesting one. Its roots lie in Will Vinton Studios, a company founded by the titular animator, director and claymation pioneer. By the time Nike owner, Phil Knight, took control of Vinton in 2002 the company was already making forays into CG animation. And when the company was reborn in 2005 as Laika, two projects were announced: the stop-motion project Coraline and the CG Jack & Ben’s Animated Adventure. Only the former saw the light of day, however, and by 2009 the company had chosen to focus on stop-motion productions... albeit using more modern techniques to enhance where necessary.

Debut feature Coraline was described by director Henry Selick as ’90% practical’. Crucially, a technique called rapid prototyping was also used. Previously changing facial expressions and other details on the poseable puppets involved crafting every mouth shape, eyebrow and so on by hand. With rapid prototyping the artists could digitally model them and then print them out as 3D shapes.

2012 release ParaNorman saw the studio push things a little further, with digital characters fleshing out crowd scenes, all-CG aerial shots, and a cast of CG ghosts, but The Boxtrolls is without doubt its most technically and visually ambitious project to date. Based on Alan Snow’s book Here Be Monsters, The Boxtrolls marks Laika’s first foray into period filmmaking, with the titular trolls living in a world that blends Victoriana with steampunk and Pythonesque whimsy. As director Anthony Stacchi notes: “How else could you get all that into a movie except through stop-motion.”

While the current trend in Hollywood is to convert movies to stereoscopic 3D in post production, The Boxtrolls continues Laika’s preference for shooting in 3D. 56 digital cameras were used in total, with the stop motion footage captured with Canon 5Ds and the visual effects department shooting with a RED camera and two Sony HD cameras. With all captured frames viewable on monitors, the team of animators could quickly review each sequence before making the tiny changes to each puppet ready for the next frame. The process of capturing 24 stereo frames for every second of screen time was still a painstaking one, however, with less than two minutes of footage shot per week across multiple stages. 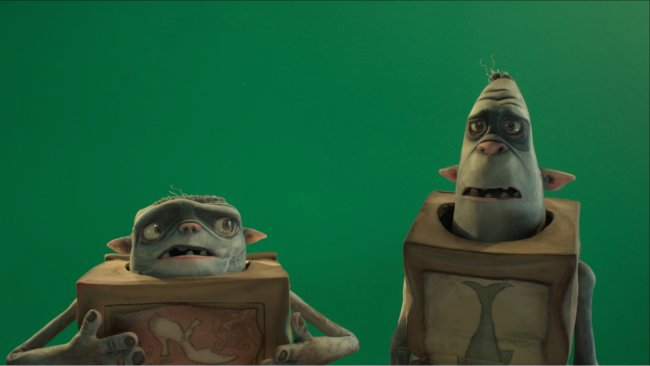 Due to the laborious nature of stop-motion filmmaking, sturdy character models are a must. At their core is a metal skeleton, or armature, engineered from parts machined in-house on a Computer Numerical Control cutting tool. The cast of the film feature Laika’s most complex armature systems to date,particularly for the boxtrolls themselves – with a combination of gears, telescoping hinges and replacement body parts used to enable their arms, legs and heads disappear inside the boxes they were as clothing. These armatures are then encased in silicone and resin, with interchangeable parts used to vary facial expressions. 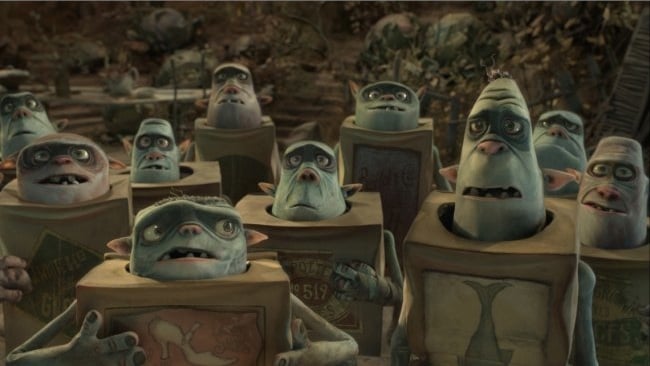 Having switched from plastic Polyjet 3D printing technology to Zprint colour 3D printers back in 2009, Laika has developed a pipeline whereby digitally modelled face parts are ‘printed’ in 3D using a plaster powder base material. The downside of this approach is that the material is susceptible to changes in atmospheric conditions, but the studio has developed tricks — including the use of layering and cross-hatching — to deal with this and to create puppet parts with a far wider colour range and level of detail than the printing technology was ever designed for. By harnessing the way colour bleeds through the surface of the material by 1/6th of an inch, the 50-strong rapid prototyping team has even been able to imbue the characters in The Boxtrolls with a subsurface scattering effect that mimics that of real skin.

“We wanted the humans, along with the Boxtrolls to have wrinkles, tension, musculature, and subtlety in their faces,” says department head, Brian McLean. “This movie required that the rapid prototyping department invent new ways of building animated replacement faces. Modelling, rigging, animation, texture painting, fabrication, and the post-processing procedures were all tasked with coming up with never-before-discovered solutions to very complex creative challenges that arose during shooting.”

The Boxtrolls in numbers

53,000 changeable parts were ultimately printed for the facial animation work (with 15,000 of those solely for lead character Eggs), along with 20,000 props. 79 physical sets were also constructed for what is comfortably the biggest stop-motion project to date (and only the fourth to be filmed in stereoscopic 3D). It’s also arguably the most complex in terms of digital enhancements. “Right out of the gate, we recognised that our work on The Boxtrolls was going to be primarily about enhancing environments and crowds, and expanding the worlds depicted by stop-motion in ways that had not been seen before with big, broad vistas above, around, and below the town of Cheesebridge,” explains visual effects supervisor Brian Van Hul.

Beyond the environment work, there are also some 185 shots featuring computer generated characters, each modelled and animated to be indistinguishable from their physically-constructed counterparts. Most notable is a pivotal ballroom sequence, which features 150 digital extras. “It would have taken forever to animate 150 dancers, to say nothing of the rigging effort and the animators all crowding the stage together,” says Van Hul. 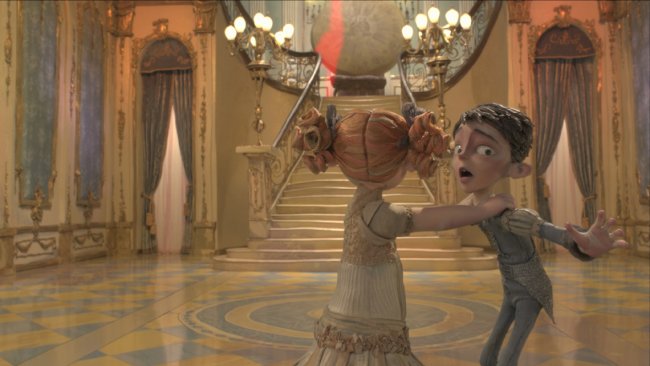 Perversely, these dancers not only needed to move in a way that matched the hand-posed stop-motion style of the other characters, but also had to mimic real dance movements. Reference footage of live dancers was shot at multiple angles to allow for accurate tracking, along with some additional motion capture work providing the foundations for the scene’s complex choreography. The result is, Laika believes, the most ambitious blend of stop-motion and CG animation to date. 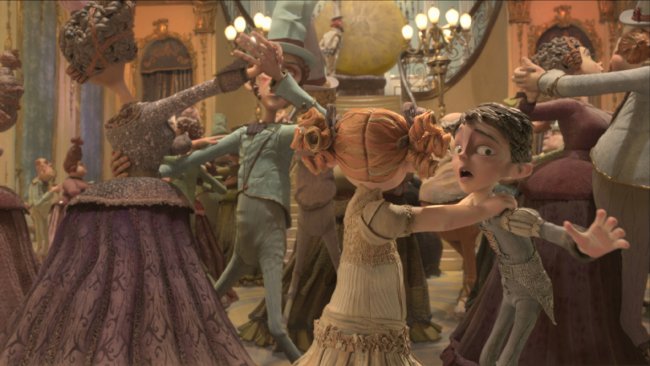 “We are embracing contemporary technology and fusing it with an art form that depends on being beautifully handcrafted,” says lead animator and producer Travis Knight. “It’s a paradox; you now cannot really do a stop-motion feature without computers.”