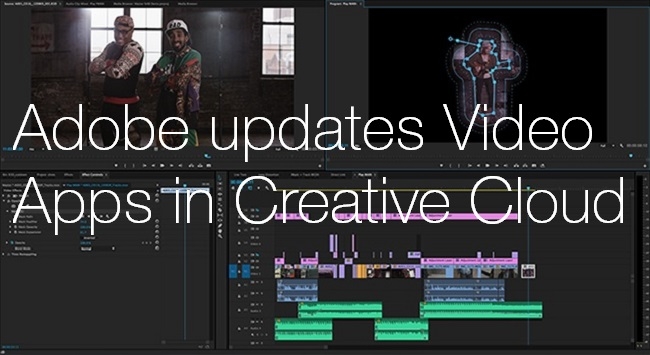 Big upgrades to Creative Cloud software have been announced by Adobe

Since Adobe launched Creative Cloud there have been a steady stream of updates to all of the applications included in the subscription. This autumn sees a package of updates to the Video applications in the cloud: Premiere Pro, After Effects, Speedgrade, Prelude and Media Encoder. There are also improvements to Adobe Anywhere and Primetime.

Premiere Pro, After Effects and Speedgrade get a sleek new interface, with much of the clutter removed, and support for High DPI displays on Mac and Windows platforms. 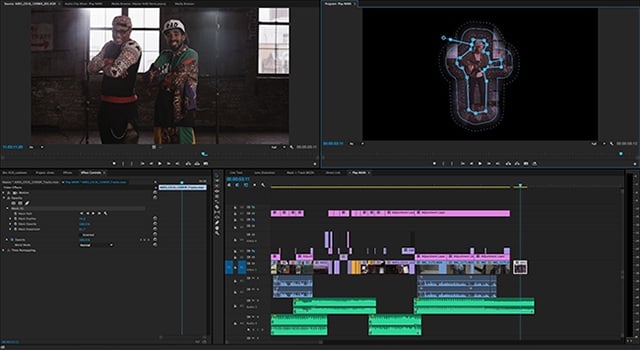 Premiere Pro also gets the ability to open multiple projects simultaneously, making it much easier to bring previously edited material into a project and to create versions. There is a new Source timeline view which makes it much simpler when editing from one timeline into another.

New "Search Bins" make it easy to manage large amounts of material by providing simple search and display facilities, as well as the ability to automatically update their content when new material is added to the project.

After Effects now plays better with 3D content and has enhanced Adobe Anywhere functionality, allowing artists to collaborate on projects no matter where they are. 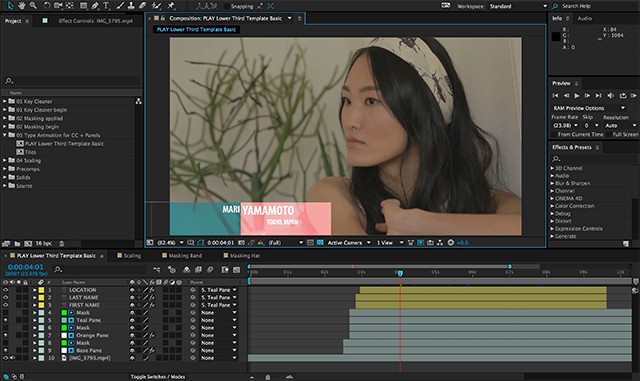 Prelude now has a simpler logging screen, with tabs that allow easy input of metadata without typos and the ability to create rough edits with simple transitions and multiple audio tracks. 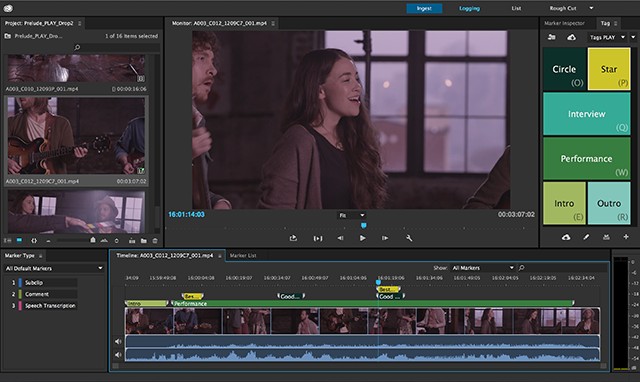 Speedgrade has been upgraded to include GPU acceleration and the ability to preview multiple presets just by hovering the mouse over the thumbnail. It also now has curves which make creative grading far more capable. 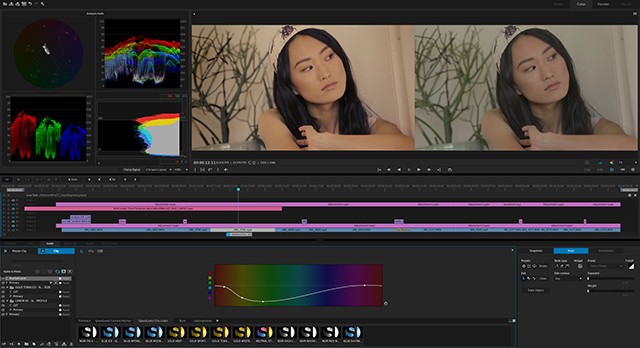 Media Encoder now has the ability to store presets for destinations, making the delivery of multiple file formats quicker and easier, even for the untrained user.

Certainly Adobe are making use of the latest developments in computer hardware and also listening to their customers about where little improvements can have a huge effect on their workflow.

You can read the full press release after the break.

Important new updates will also be added to Adobe Anywhere, which enables large virtual teams of talent to collaborate and efficiently shoot, log, edit, share and finish video productions together.  Adobe also announced new capabilities to Adobe Primetime, the industry’s most advanced TV delivery and monetisation platform for programmers and pay-TV service providers (see separate release). Adobe is previewing these major updates at IBC 2014, Europe’s largest professional broadcast show held in Amsterdam.  The company will demonstrate its new solutions at the RAI Convention (Hall 7, Stand 7.G27) Sept. 12-16 and online at www.adobe.com/go/video. Adobe professional video and broadcast tools will also be presented in more than 70 partner booths throughout the IBC exhibit.

Revealing Next Wave of Innovation for Adobe Video Desktop Apps

Expanding Editing Solutions for Broadcasters with Adobe Anywhere for Video

“As the video and broadcast industries continue to rapidly evolve, so too does Adobe’s video technology. With Creative Cloud, we have accelerated the rate at which we deliver the features our customers need to create compelling new experiences and transform the video industry with high-quality productions.”

“The technical integration between EVS and Adobe benefits Premiere Pro editors with direct access to the EVS Live Production Asset Management platform, IPDirector and clip structure, to create highlights packages and to play them back faster than any other workflow. The IPLink interface, with EVS XT servers and Adobe Premiere Pro CC, was used by HBS, the dedicated host broadcaster of this summer’s major sporting event in Brazil. More than 35 Premiere Pro seats, linked to EVS XStore shared storage, were used to create final edits of updates, promos and multimedia packages. This workflow will be shown at a presentation for key users and press, at the Adobe Stand 7.G27 at 5.00 pm on Friday September 12. You can register for the presentation, “Collaborative production at the 2014 FIFA World Cup™ - Close up on the Adobe/EVS integrated workflow” at http://www.adobecampaignassets.com/registration/IBC2014/booth/.

“Red Bull Media House is a truly global production company in the sense that every day we face the challenges of editing footage coming from different countries and from a huge variety of cameras, frame rates, and compressors. We push our editing software to the limit, so we welcome new Adobe Premiere Pro CC features that make it easy for us to mix different kinds of footage on our timeline and choose the best transcode workflow to maintain the highest quality standards in our play outs.”

“As we continue developing our vision of taking the entire station and putting it in the cloud, we are looking at other Adobe solutions, such as Adobe Anywhere for video collaboration, Adobe Primetime for live, linear, and video-on-demand programming, and Adobe Experience Manager for content management.”

“The new features in Adobe Premiere Pro CC are amazingly beneficial to my feature film editing workflow. The ability to open multiple projects all at once without importing assets allows for effortless collaboration in multiple editor projects, while Search Bins add a brand new layer of organisation and custom specificity that help me prioritise my assets. I also love how the latest release unleashes more GPU power so I can dominate any camera codec from 4k to RAW and beyond, natively and in real-time.”

At IBC, Adobe is previewing the next major updates to Creative Cloud professional video products and Adobe Anywhere for video. These updates are expected to ship in the coming weeks. Adobe will host MAX, The Creativity Conference, Oct. 4-8 in Los Angeles, to share even more amazing innovations coming to Creative Cloud across desktop, mobile, services and community. To be among the first to know when these and other Creative Cloud updates are available, follow us on Twitter @creativecloudor join us on Facebook.