Game of CGI and Compositing 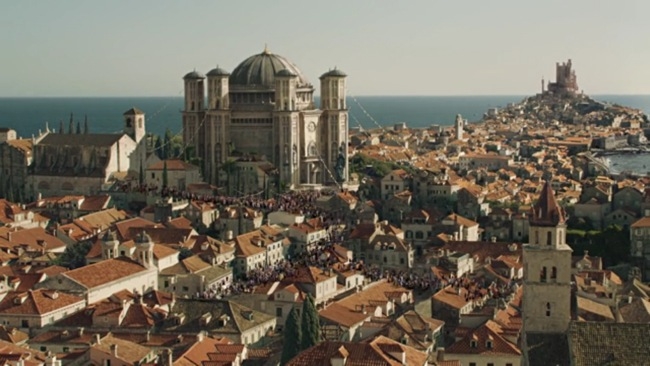 Game of Thrones has amazing production values. How is this possible, across multiple series, with an even remotely sensible production budget? This Behind The Scenes video shows how

Even the most luddite of households have suddenly become fluent in the intricacies of downloading, streaming and setting up digital media players in their living room. This unexpected flurry of activity, sometimes from the most unlikely people, can be explained by one short phrase: Game of Thrones.

Unavailable through conventional broadcasters across much of the world, the series has inspired viewers to research availability though alternative means - at least some of them legal - so that they can see this most-talked-about drama in their own homes.

No doubt this will benefit other programs as well, as streaming-savvy households wonder what to do with their time once the current series has been viewed, as all of a sudden talk turns to The Vikings, The Tudors, Orange is the new Black, and the next series of House of Cards.

Game of Thrones, which was shot in a variety of locations across the globe, has very high production values, and yet, while any episode could easily have formed the basis of a feature film, budgets, while not small, have been manageable.

How was this possible?

First, digital video has made a difference. This is a prime example of a production made in an era when you don’t even have to ask if it was made with film. The fabulous “look” of the episodes has been helped by famously with the famously good-looking Arri Alexa. But more than that, it’s been the extensive use of CGI.

Clearly, dragons don’t exist in the real world, but neither does much of the scenery, the boats, nor the armies of soldiers in this epic story. These are all crafted by computer animators and carefully layered and composited into virtually every shot.

And it helps by shooting in locations that already look pretty fantastic like Malta and Dubrovnik - but CGI takes these natural habitats further, subtly turning them into a familiar but unfamiliar world: a believable platform for a fantasy plot.

Here’s a Behind The Scenes video, showing how it was all done.

Thanks to Sploid for drawing our attention to this, and to Macklevision for their showreel