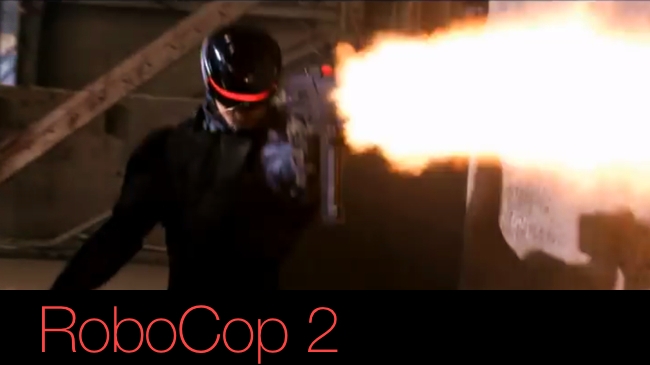 The story is familiar and even some of the catchphrases are the same. But José Padilha’s reworking of the iconic 1987 action movie is an altogether sleeker affair

Hollywood may have never have fully embraced Dutch filmmaker Paul Verhoeven - but moviegoers who grew up with his work in the ’80s and ’90s have no such problems. RoboCop, Total Recall and Starship Troopers remain three of the best-loved action movies of the era, their gleeful combination of blockbuster spectacle, cartoon violence and political satire proving remarkably ageless. Having already attempted to restage Total Recall (to muted effect), it’s now the turn of Robocop, with a José Padilha-directed reboot that dispenses with some of the crude humour but actually attempts to push the political satire even further. Not surprisingly, it does so using a welter of visual effects rather more ambitious than those of the 1987 original.

The movie’s first reference to the source material comes when a right-wing TV news anchor broadcasts a live feed from Tehran, where the US military are keeping the peace with the help of two pieces of robotic tech: EM-208s and ED-209s. The former are humanoid and a clear precursor for ol’ RoboCop himself, the latter a close match for the deadly giant bipeds originally designed and stop-motion animated by Phil Tippett. Here they are fully computer generated, with work on the sequence handled by Framestore’s London and Montreal offices.

The original plates were shot in Toronto on a two-story set. Framestore extended the streets to the horizon, raised the buildings, and then added in the non-human military presence. Stuntmen provided rough reference for the EM-208s rather than full motion capture data, while a full-scale build from Legacy Effects was cyberscanned to help build a photoreal digital version.  The ED-209 was designed to be a little slicker and more aggressive-looking than those of the original film, while retaining that familiar silhouette. Careful rigging allowed pistons in the legs to telescope and plates to slide over one another, to facilitate some of its more action-orientated movements (particularly later in the film).

Framestore also worked a number of scenes involved RoboCop himself. In this version the RoboCop suit goes through a number of iterations. Built by Legacy Effects, all are noticeably sleeker and more efficient than the bulky outfit Rob Bottin created for the original, which though arguably more impactful, proved difficult to actually act in, quickly caused dehydration and in the early days of shooting took several hours to actually put on.

Framestore’s most basic suit-related tasks involved slimming down the silhouette so that it looked less like an actor in a simple suit. Other times partial and completely digital replacements were required. In these instances actor Joel Kinnaman’s performance was preserved as much as possible, with on-set reference and the studio’s new ‘physically plausible’ Arnold-based rendering system  used to rebuild the environment as necessary and seamlessly place the CG double into the shot. Even more demanding for the studio were scenes in the laboratory of Doctor Norton (played by Gary Oldman). Here RoboCop’s brain is seen exposed during an operation and in other shots the suit is removed to gruesomely reveal the only living human tissue left inside – face, brain, windpipe and lungs.

In the movie’s climactic battle the studio got the opportunity to pit RoboCop against ED-209s, with the resulting carnage involving the destruction of a digital version of the Vancouver Conference Centre and a welt of bullets, breaking glass and flame. The sequence proved so demanding that Framestore had to create new tools to deal with hail of bullets and the destruction of a falling ED-209. A complex ballet between animators, the FX team and compositors was required to set a bullet in motion with accompanying muzzle flash, trace the path and then add the bullet damage. Bizarrely, the effect used to depict the Gatling guns on the ED-209s was inspired by a science programme fronted by Top Gear’s Richard Hammond. “They showed what happens when you fire a high calibre machine gun at a steel plate – it super heats and in slow motion you see these little licks of flame which you wouldn’t really notice when you’re viewing in real time,” explains visual effects supervisor Rob Duncan. “That became the reference point to distinguish it from normal impacts and ‘the Richard Hammond effect’ became the short-hand for describing when we should see that type of impact and everyone found it hilarious.”

In addition to Framestore’s contribution, Cinesite and Mr X. also delivered CG suit enhancements for the movie’s hero, with the latter handling a complex training sequence in which RoboCop faces off against a small army of EM-208s in a huge warehouse. While some critics have sniped at the video-game style depiction in this portion, no set extensions were used and the camera moves were in fact achieved practically using a mix of Steadicam and cable cam moves, with Mr X then patching the results to add in their CG elements along with reflections and any necessary scenery reprojections, all with the additional help of LIDAR data.