Setellite VFX Planning App: First ever interview with the developers 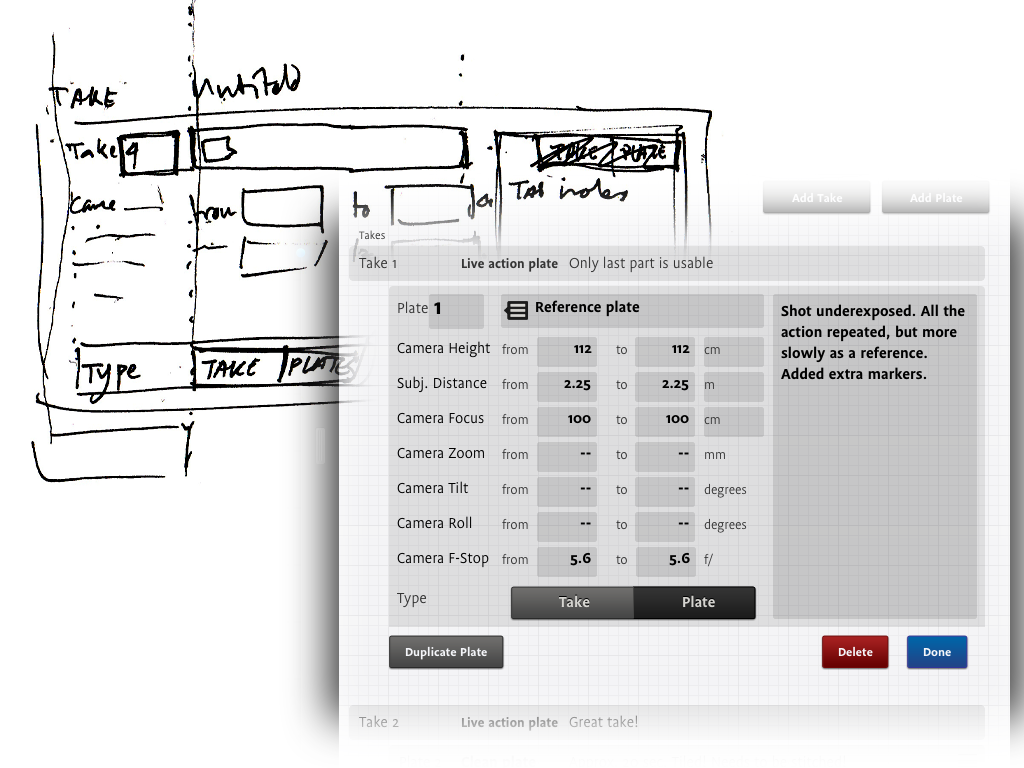 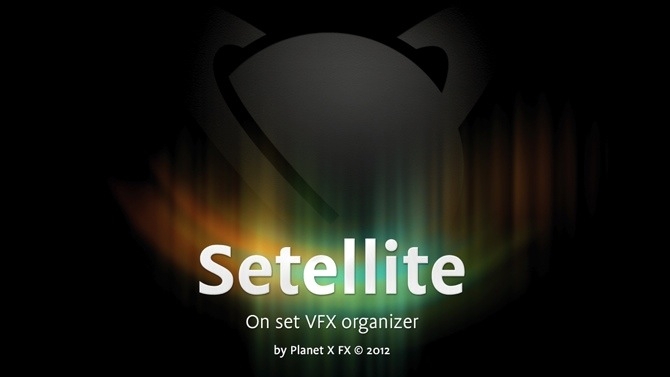 This Month there has been a lot of chatter on the Visual effects social media channels about the new iPad app, Setellite, that was released a few weeks ago. HaZ, our VFX correspondent talked to the developers in Amsterdam

Not only did I manage to grab an exclusive interview with the Setellite’s developers but also tried it out myself as I prep for a VFX shoot I’m supervising.

Every VFX Supervisor has their own way of collating data, and a system for storing it, whether it’s the VFX data sheets or an excel spreadsheet, or even a custom database. But one thing we all share in common is the organisational pain of the VFX data.  These shoots are often hectic and fast and we all try to get as much reference and data as possible by taking reference images, camera measurements and notes of what happened on set. We use all kinds of paper and electronic documents. So, wouldn’t it be great if we could just have one place to collate and store the data without having to rely on someone’s handwriting being legible in a mountain of notebooks etc.

Through this pain is how the application Setellite was born.

I spoke to Dennis Kleyn one of the Developers of Setellite based at Planet X FX in Amsterdam.

HaZ - We all know this tool was needed and studios have been using their own ways of collating VFX data on set, but what made you decide to take the plunge and actually develop an app to do this?

DENNIS - The App was born out of our own need for a more organized way of collection on-set VFX related data such as camera measurements, lenses, notes, (per) take-info, etc. We carried around a lot of paper forms and took pictures that had to be followed by even more pictures of slate boards or notes to clarify their link to the slates being used during the shoot. In a way, this can be quite fast, but there's masses of info that needs to be filled out time and again, simply because each record starts empty (although you can pre-print some info). We noticed that during a shoot there's actually not that much change between setups within a scene - and sometimes for longer periods of shooting. So some form of automation could be helpful there. Also, sometimes the crew moves quite fast and you get behind with filling out everything in a detailed and organized way. Most of the time we copied the information on the paper forms by hand to a digital format such as the web or PDF-document afterwards.

In late 2011 we started looking around for 'digital alternatives' to this form filling preferably on an iPad or iPhone, but discovered that there was actually no existing solution other than using multiple Apps to collect and store information. With little hands-on experience in the App-development field, we set out at first to create a simple, digital version of our traditional paper datasheets. Along the way, as we were opening up more and more possible additional features and functions and got a great designer to help us with the interface and the initial small App grew into something more mature.

At a certain point we figured that maybe more professionals in the VFX field could use a similar one-App solution to collecting data and decided to continue building the App to what is is today.

HaZ - how long did it take to develop? What was the design and coding process?

DENNIS - It took nearly 9 months to get to the first release. We had a triangular organsation that consisted of Programmer, Designer and Supervisor. We started out with the basic functions to see how things would work, but the project got bigger and bigger along the way. We had just one programmer, Frank van der Peet, with little hands-on experience in XCode at that time. He had some experience in other languages though, but learned Xcode along the way and did a terrific job.

After I think 2 or 3 months, designer Donald Roos joined in and started making designs for the interface. We first had a more technical, basic look, but based on the paper forms we used before, he thought it would be nicer and more intuitive to give the whole interface a binder, paper-like feel - as if each project is a different file with pages, tabs, etc. I really like how that turned out.

As the process continued, we came together every week to look at the results, discussing improvements and tweaking both the function and design. We sometimes set out to create a fake mini set on the street in front of our office to pretend an actual 'set situation'. We would move along as a normal crew would do and see if the user and App could keep up with all the data that had to be recorded. Surprisingly, a lot of problems or inconveniences surfaced that we didn't expect while designing the App from behind our desks. We also decided on some big changes in the last few weeks, like the 'Takes & Plates' section, that had a much more crammed layout with smaller fields at first. 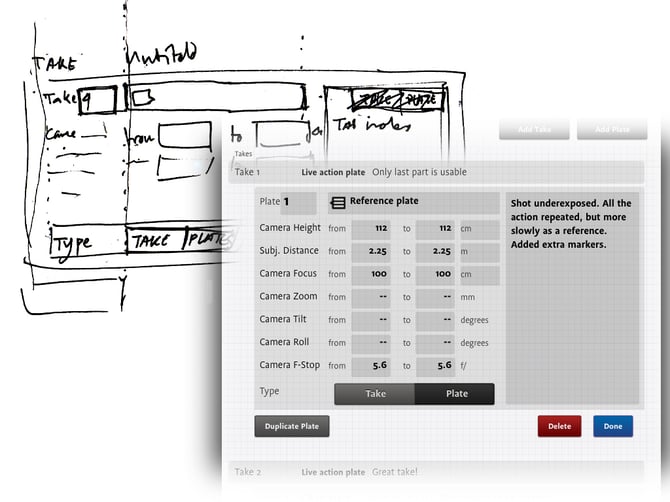 HaZ - how has the response been so far?  I noticed a lot of activity in the LinkedIn groups about the app.
DENNIS - The response has been great and coming from all over the globe. We were very happily surprised by all the positive feedback, suggestions and help we got in the past few weeks. Ranging from smaller, independent companies to experienced Hollywood VFX supervisors. What we hear a lot is “why there wasn't there an Applike this before?”. The big VFX houses undoubtedly have their own in-house solutions, but no single VFX productivity App was available for independent VFX-sups, producers and professionals through the App Store. I was a little anxious to be honest, as the development took a little longer than anticipated, that another would beat us. We didn’t want a similar App appearing out of the blue before Setellite was finished. This did not happen and all the activity surrounding the App has given us even more energy to continue improving the App!
HaZ - what’s the next development phase for the app, what new features can we expect to see in the next update of the app?

DENNIS - We're actually planning an update quite fast. Somewhere in the next few weeks. This will be a 1.1 update, not a full version, but still with some interesting new features. There is a new import module to import data from a CSV file. The map feature under 'Main' has greatly been improved. You can customize much more concerning the preset lists throughout the app. Improved slate board display and options. And some bugs were fixed that got to us through user feedback.

The next full version will probably feature some form of iCloud backup/syncing, sharing with other users, an extensive HDRI-module and support for stereoscopic entries. On the list are also capturing angle data with iPad's accelerometer, audio notes and extensive search options.

HaZ - Will there be a version for other tablets and not just iPad?

DENNIS - For now, we're sticking with iPad as our main platform. Maybe in the near future we will make an adapted version for iPhone, as that is the most frequent 'other platform' request.