Film Scanning for the future with 4K Blackmagic Cintel 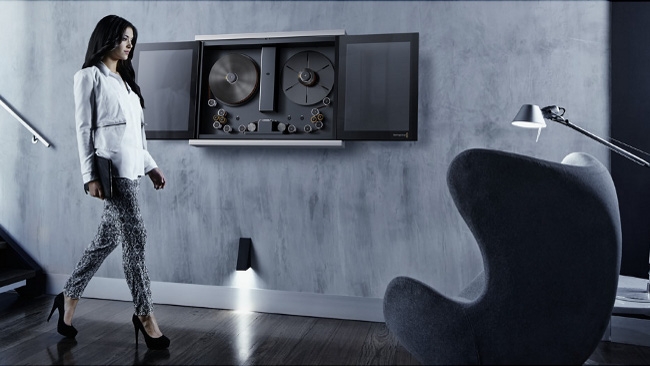 Off the catwalk and into the film transfer

One question often asked about 4K is "where is all the 4K content going to come from?" While a fair few movies have been shot on 4K digital cameras in the past, they have usually been finished at 2K. Of course there is a massive amount of content that was shot on 35mm film in the past and plenty of 35mm film that is still being shot now. The film negatives for all this content could be scanned at 4K to produce a lot more 4K content but 4K scanning is usually very expensive. Blackmagic have once again come to the rescue however with a cheaper UHD resolution film scanner.

A while back Blackmagic acquired Cintel which was once the maker of the very famous Rank Cintel series of telecine machines, and later made the C-Reality, Ursa and Millennium machines too. Now they are using that technology to make a film scanning system for only $29,995!

A fraction of the price

Blackmagic also owns the leading colour grading software Da Vinci Resolve too and they have bundled a copy of Resolve with the new scanner to make it even easier to create a complete film transfer suite, only now at a fraction of the price of what such a suite would have once cost.

The new Blackmagic Cintel scanner uses Apple Thunderbolt 2 to communicate directly with your Mac and is capable of outputting the full 3840x2160 in realtime at 30fps. It scans directly into the mac, so there’s no need for time consuming file copying to get it into the computer to work with.

Pin registration will be an optional extra and instead the system comes with Image Mill stabilization and grain reduction software as standard so you can still get great results out of the box. The Pin registration should mean you can go a step further and have rock solid transfers at the full frame rate without needing to use any stabilization software but obviously that comes at additional cost.

The scanner makes good use of Cintel’s patented diffusing sphere technology which apparently reduces the visibility of dust and scratches. It also uses RGB LED illumination along with a very sensitive imaging sensor which means it can run much cooler than older illumination technologies and that lack of heat reduces any chance of thermal stress or colour fading of the film which is obviously very important if you are scanning the original camera negative!

It would appear that Blackmagic are taking established and proven key technologies, mixing them with newer technology such as Thunderbolt 2 and taking film scanning into the future with UHD. They not only have the Cintel background to fall back on with technology like the Image Mill software and the magical diffusing sphere but Grant Petty, the owner of Blackmagic, used to be a Telecine Engineer on an Ursa Gold transfer machine so he also has a lot of experience in this area too. I think this all bodes well for a high quality, workable, product to take film scanning into the future.