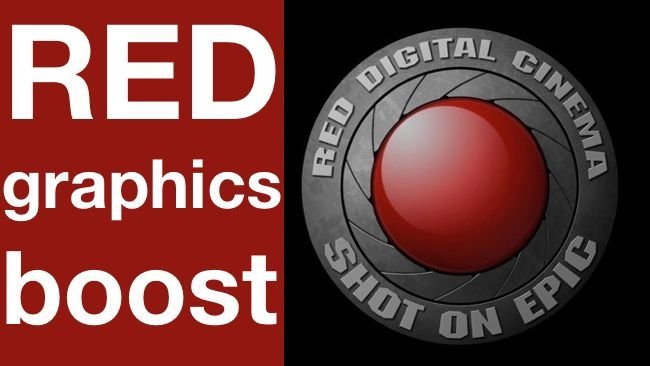 It has come as a massive surprise to users of RED cameras as it has always been a much requested feature, but the official line has always been that GPU cards were just not very good at handling the debayering and wavelet technology that is involved in working with RED footage. Well this has all suddenly changed, with a new version of REDCINE-X that supports graphics card technology to take the load off the computers CPU

So far RED is staying slightly tight-lipped about the matter because it’s not officially released until IBC but a few details have slipped out. It appears you will be able to use multiple graphics cards to get more overall speed but that a single Titan GFX card will be able to handle 6K Dragon footage at 24fps.

In the past those working with RED footage have often had to put up with long renders or buy a “RED Rocket” card which was expensive but made everything go “Woosh!” A new super version of the RED Rocket was recently released too (the RED Rocket-X), which is far and away faster than even the Titan, but the Titan does have the advantage that it is usable in a lot of other contexts that just handling red footage. RED has stated that it is only now that there are the new super GPU cards, such as the Titan, that it is able to do this kind of thing.

There is a rumour going about that REDCINE-X might even be able to use GPU accelerated plugins of various kinds as well but we are going to have to wait for IBC for the full details and to discover if that is just a rumour.

A lot of people are excited that they might be able to get a lot done all of a sudden without having to spend $6,750.00 on a RED Rocket-X, but of course the big problem is that presently cards like the Titan aren’t exactly cheap either (about $1000), hence there is a lot of discussion about what you might be able to “get away with” in order to get a workflow boost. Perhaps a GTX 680 or GTX 780 for instance.

This is huge news for anyone working with RED footage and leaves you asking all sorts of questions, like could you use a RED Rocket alongside a Titan card to get even more of a boost for example. My suspicion is that there might be a lot more to all this, but we will have to wait for the IBC show to find out!