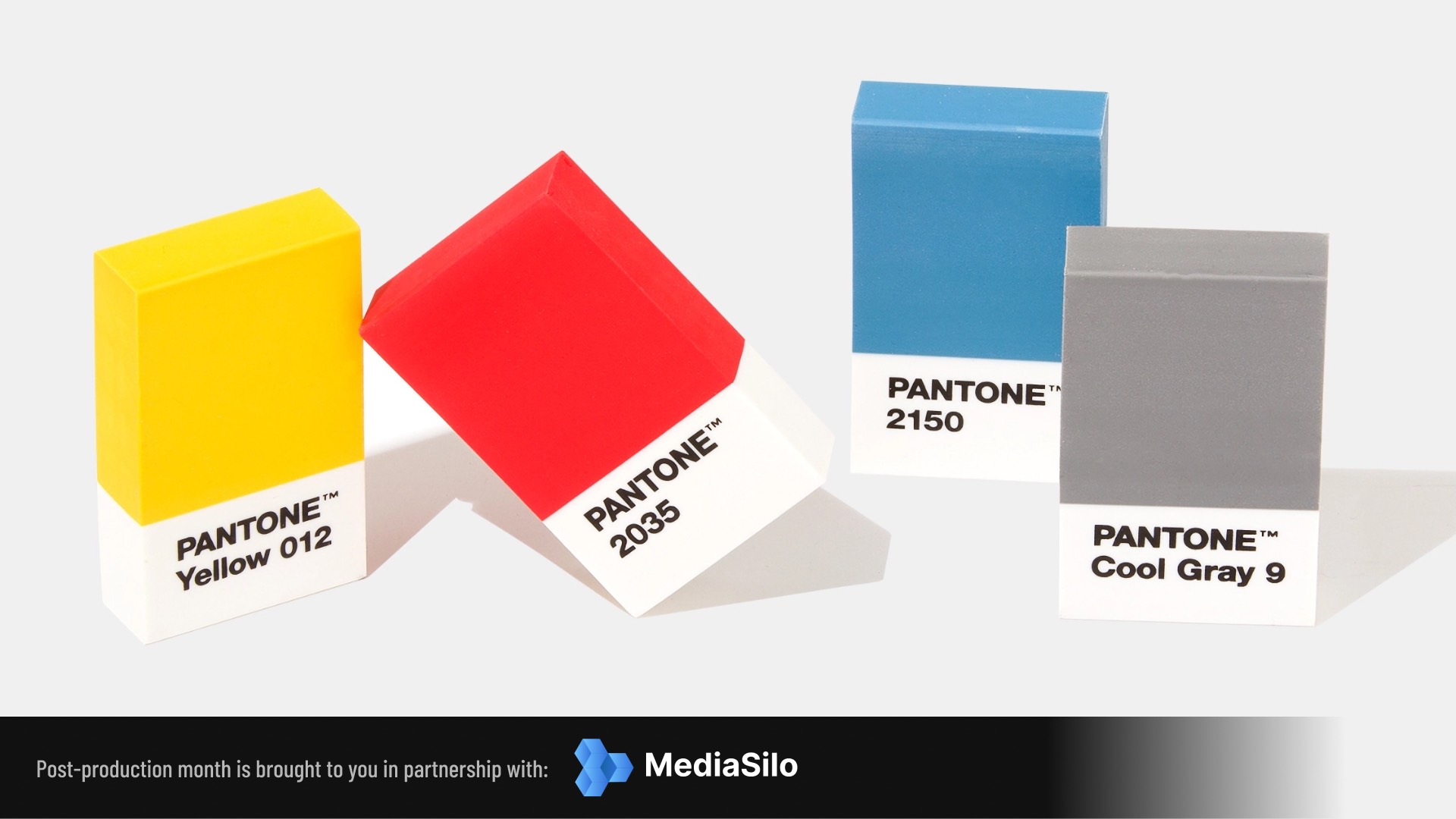 Earlier this month designers found that all the Pantone colours in their Adobe documents had been converted to blacks in a troubling reminder that subscription software is a month-by-month service.

The sort of colour control that we often encounter in film and TV is very different to that used in print and product design, but Pantone’s carefully-curated colour system has just unexpectedly become relevant to people from both worlds.

Unifying those two rather separate worlds of design is something that only Adobe could do, and controversy centres around the dubiously-popular licensing model which has kept the company so firmly in the black since 2013. References to cloud computing were fashionable then - if the change had happened now, a decade hence, it’d probably be called Adobe AI - but the company’s claim was that the new arrangement allow it to make changes to the software without the irritation of issuing formal releases.

It’s easy to interpret changes as synonymous with new features in this sort of context. That assumption has often ensured that the angriest objections to software rental have concerned long-term value and the idea that, absent a need to actually attract people with new features, there’s some question over how much  incentive there is to work on the software at all. Those are valid questions, and the lack of any convincing answer has often led us to overlook that changes might also mean, well, actual downgrades.

Such is the case here. Due, we’re told, to an elapsed licensing agreement between Adobe and Pantone, most Pantone colours are now replaced with black in Photoshop documents opened with certain recent revisions of the software. There are hints of bad blood between the companies here, with Pantone proposing to charge a £5.99 monthly fee that’s possibly designed to be conspicuously and headline-grabbingly exorbitant for what really comes down to some formal names for colours and RGB approximations of them.

Adobe’s rather public proposal not to renegotiate its arrangements with Pantone, and as a result to pass the cost directly to users, leaves both companies looking like eager participants in a competitive urination event. Two conclusions occur.

First, everything Pantone does has always been reassuringly expensive. It sells rotating racks full of plastic colour chips for five figures and books for hundreds. One hopes there’s an analyst with a spectrometer testing every chip while chanting some sort of arcane incantation. Making sure that objects made at different times of different materials actually have the same colour is difficult in a way that’s really only comprehensible if you’ve tried to do it.

To put that into more familiar terms, consider that in the days of film stocks and printer lights, proper movie colour was determined by a director of photography and a colour timer collaborating until, well, it looked right. Digital post production has made it at least possible to do more sophisticated colour management than that, and combined with the complexities of LED lighting, film and TV people are probably more aware than ever that precision colour control is difficult. Pantone does effectively that, for printing.

The second conclusion is to realise that the hand which giveth may also taketh away. It’s hard to imagine a licensing agreement that would somehow specify that everything a company did to rented software could only be an upgrade, considering old features are legitimately retired from time to time. Whether or not we agree that removing the Pantone colours is a downgrade, the point is not really about Pantone. The point is about being able to evaluate something before buying it, as one could with intermittent releases, and cannot with software by subscription.

Frankly, the number of people who need to match Pantone colours, especially in the moving-image world which we most frequently inhabit, is fairly small. As a point of principle, though, this sorry situation has ripped open a series of old wounds, and created a few new ones, regarding the equitability of software rental as a model in the first place. The bottom line is, well, the bottom line: Pantone seems likely to have looked with moistened lips at what rental did for Adobe’s income, which was a lot.

In the end, even if you’re someone who encounters Pantone a lot, this is a solvable problem. Pantone itself advertises a plugin called Pantone Connect for Adobe Creative Cloud, something which is available here on Adobe’s own online distribution system. It’s cheaper when purchased annually. The principal remaining issue seems to be for printing facilities which may end up receiving awkward phone calls if designers attempt to bluff their way through the issue and operate solely based on what’s visible on a potentially-unreliable display.

Perhaps most tellingly, anyone who saw this coming a few months ago could apparently have backed up the .acb files from the existing installation of Photoshop. The licensing legalities of doing this aren’t widely discussed, but if it feels like this has been a scathing commentary, realise that what we’re talking about here is users desperately backing up crucial files in order to save them from deliberate deletion by a subscription service they’re paying handsomely to receive.