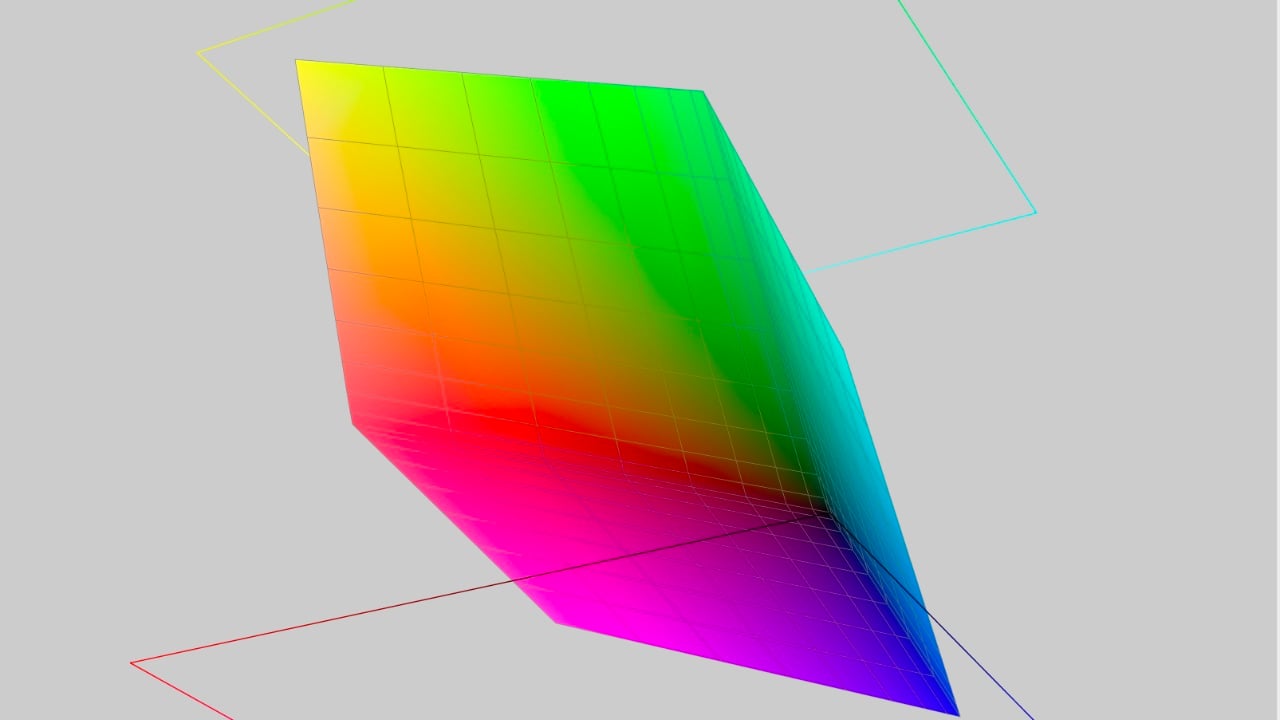 We have a million and one ways of describing white light. Often, we just want to be able to change colour temperature, but we also have terms like plus- and minus-green to describe the other way in which things can be adjusted. It’s a decades-old system that’s ingrained in anyone who’s ever been anywhere near film and TV lighting and it even handles new tech like LEDs quite capably. Usually. Mostly. 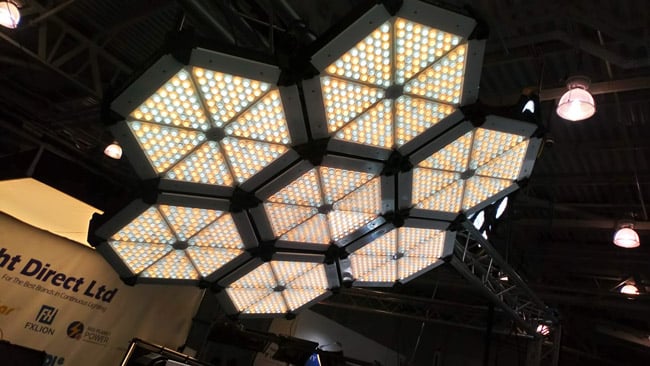 This is not a UFO, it's an array of SumoSpace lights

If we want to describe a colour-mixing light, though, the only common term is – er – “colour mixing light”. Some of them can do more colours than others. Some have DMX, some offer hue, saturation and value controls, but programming the same hue, saturation and value into two different lights won’t generally create the same colour. That becomes particularly trying when we’re controlling things over DMX using a lighting desk. Until recently, the only way to match colours between two different lights was by eye. Can’t we do any better? 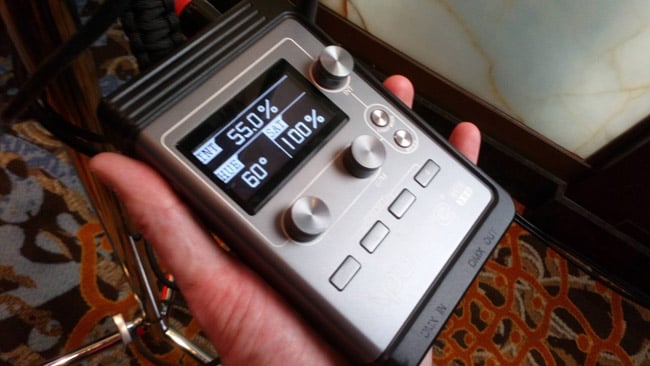 Hue, saturation and brightness, seen here on the controller for Aputure's colour mixing flat panel, are familiar, but there is no real standard as to their meaning

Yes, because we’re increasingly seeing lights that support xy colour selection. Let’s get that right – it’s little x, little y, often in italics, because they’re the axes on a CIE 1931 chart. Most people are aware of a CIE 1931 chart as the horseshoe-shaped coloured patch that “shows all the colours”. The chart is based on human vision and its irregular shape is the result of biology and mathematical convenience. It absolutely is a representation of all the colours a human can see and not every light can make all those colours, but picking a spot on that chart is a reasonable way of saying “I want that colour”.

The CIE 1931 diagram, here on an Arri Orbiter being used to specify colour

But also no, precisely because the CIE 1931 chart is made to work with the eye, not a camera (and especially not with all cameras at once). Any one point on the chart represents a colour, but it does not specify the exact spectrum of light which makes up that colour. Because the eye has only three bands of colour sensitivity, much like a camera, it will see many different spectrums as the same colour. The problem is that cameras don’t have the same three bands of colour sensitivity as the eye does. Two different pairs of human eyes might see two different spectrums as matching, so those two spectrums would plot in the same place on a CIE chart. The camera, though, might see them as different. 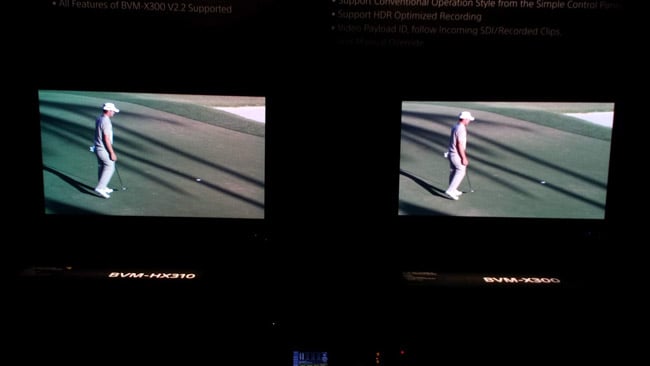 This is Sony's demo of OLED and dual-layer LCDs. In person, they were near-identical, but the camera sees differences. This is about the best example of a metamerism failure I could find

That’s probably a fairly edge case, most of the time, for most lights. Cameras are designed to behave more or less as the eye does. Generally, calculations done for the eye will more or less work for cameras. In most cases. Usually. Mostly. But if it sounds like we could implement CIE xy colour selection on all lights and still not achieve a situation where everything matches reliably on camera, well, yes, that’s pretty much the situation. 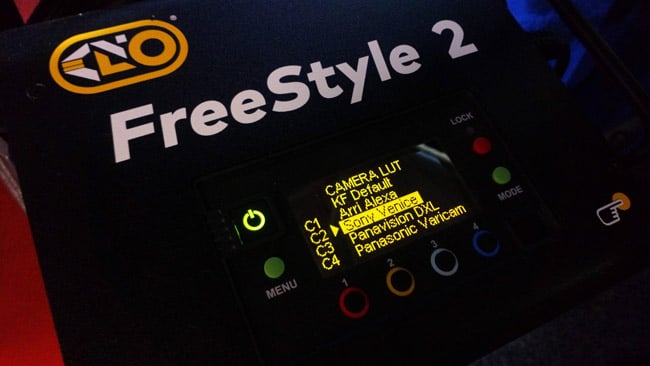 Kino-Flo has done a massive amount of work

The only solution to this is to give the lights information about the colour sensitivity of various cameras, which has so far only been done by Kino-Flo. Whether that’s a really practical solution remains to be seen and, in the meantime, it’s likely that any two lights with the option to set colours by CIE coordinate will match reasonably well.