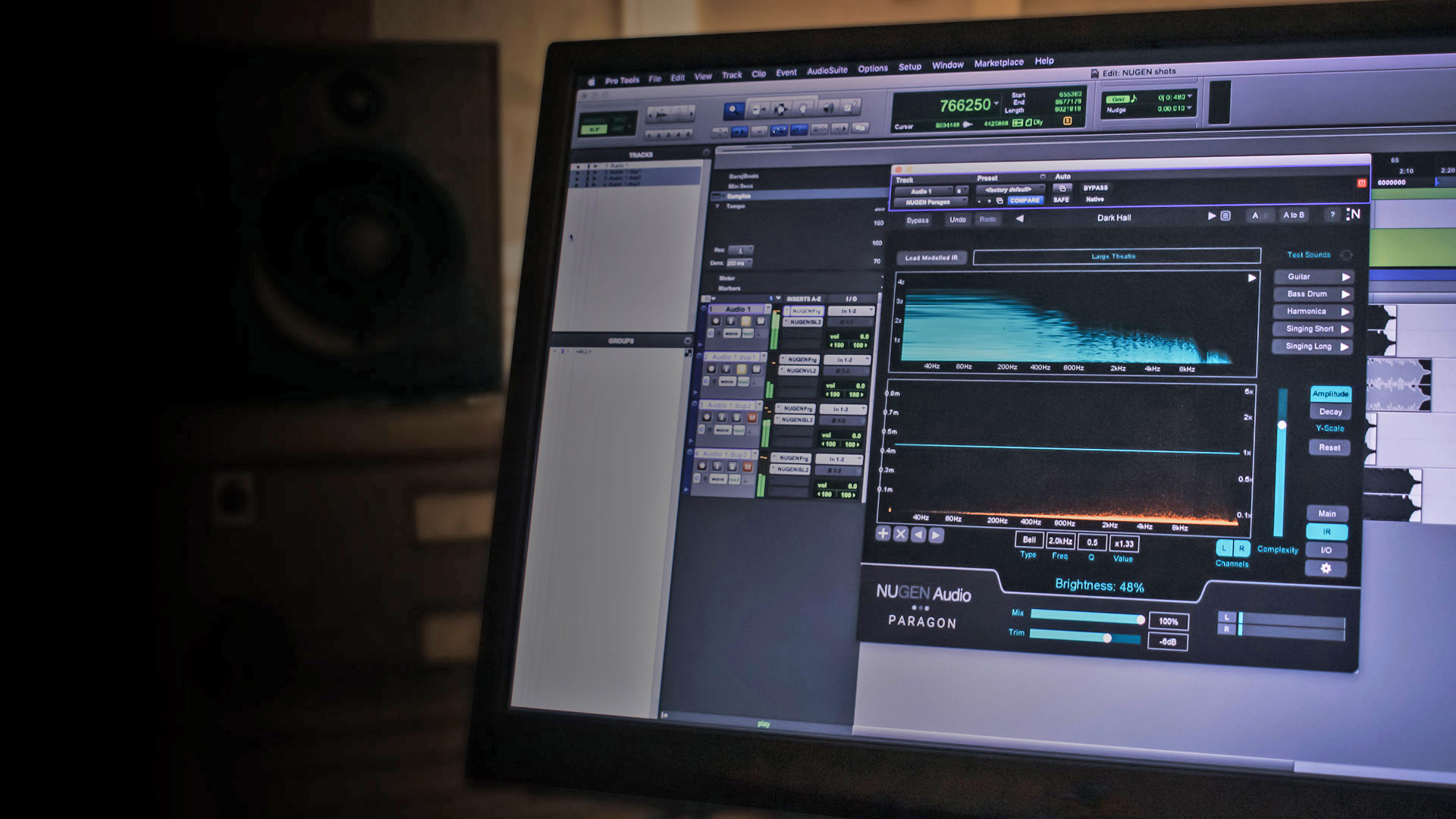 We review NUGEN's new Paragon plugin and find it to be not only extremely capable, but unique as well.

A few weeks back, NUGEN Audio announced its Paragon plug-in. The new plug-in is a convolution reverb. I was keen on reviewing Paragon as NUGEN Audio is one of only a handful companies in this industry that consistently develops high-quality, high-performance audio plug-ins. And Paragon doesn’t disappoint. It operates in up to 7.1.2 audio channels and it’s Dolby Atmos compatible.

Paragon is a true convolution reverb, but it lets you tune the settings to a level that is uniquely deep. Paragon offers control over decay, room size and brightness modelled on 3D recordings of real spaces with no time-stretching or removal of samples but with spectral analysis and precise EQ of the Impulse Responses.

What makes Paragon truly unique is not just the above but also that it allows several parameters to differ on a per-channel basis and the fact that it does all of this with a limited IR library that you can tweak to create every type of existing (or physically possible) space you can imagine. And that includes car interiors as well as cathedrals. 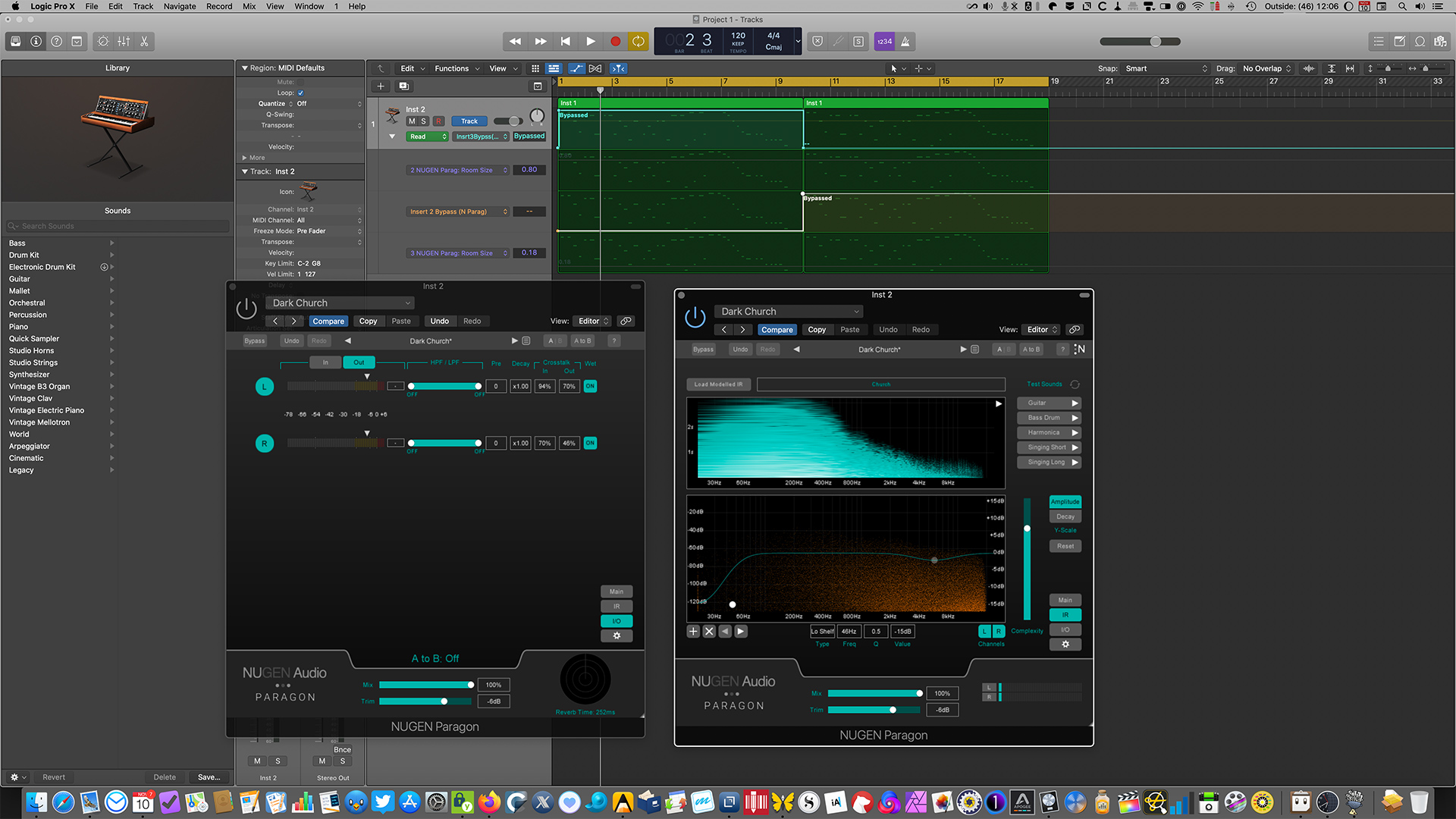 I compared Paragon to Apple’s convolution reverb plug-in for Logic Pro X, Space Designer. First of all, Space Designer has about twice the number of IR’s you can load and it has many parameters to tune that are also in Paragon, but there are significant differences. For example, while Paragon always uses an IR to start with, Space Designer has a synthetic mode that doesn’t use an IR. The latter is based purely on calculations, not on any particular IR. That is a huge difference with Paragon which is never “synthetic”.

One of Paragon’s channel independent parameters is crosstalk, which is a real boon if you’re adding reverb to voice recordings (like in an interview) and find that the reverb is drowning what is being said. You can just tone down the crosstalk for the voice channel in that case and it will all become so much more intelligible.

And Paragon goes even further, regardless of how many channels and the configuration they’re in you are outputting to. For example, in the plug-in’s IR section, you will see a spectrogram of the IR with test sounds listed next to it so you can hear how the environment sounds against the IR with several sound types — including the ones you don’t (already) have recorded yourself. 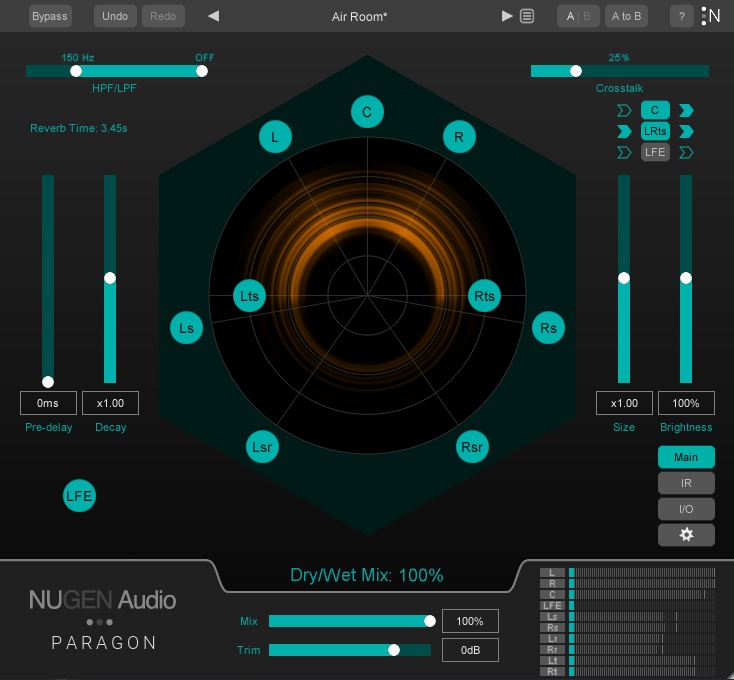 Below the spectrogram is an EQ display for the IR with a graph that plots it and the ability to plot nodes that equalises the IR. Furthermore, the frequency graph can represent amplitude or decay and each can have different node settings.

Another parameter that lets you configure Paragon and the sound it produces is the Complexity slider. If you’re after a very simple reverb, you can tell Paragon to lower the complexity and the result will be a less rich reverb with less impact on processing power.

Paragon’s I/O panel provides trim and monitoring controls for all channels, with controls for decay, pre-delay, crosstalk (in and out) as I explained already, and high/low pass filters. It lets you switch trim controls between input and output with corresponding meters.

There are even more advanced parameters in the plug-in, hidden behind the Credits & Options panel, including the ability to see how much processing power Paragon consumes and the ability to automate all parameters — a feature that will appeal to those who mix audio for film and video.

The latter is quite unique in that it allows you to automate scene changes. However, this is something that’s easier said than done. As Paragon is a convolution reverb, it must re-calculate its IR with some of the parameters you change. This happens quickly and almost in real-time, but “almost” is not good enough. It should happen in real-time. That’s why you can let Paragon re-calculate its IR in the background.

Using Logic Pro X, I took the room size as my parameter as that is the quickest way to a most outspoken effect. The workflow is like so:

You will see the instances calculate the effect as they go into bypass mode. What makes this very special is that you’re not limited to only the bypass and one other parameter. You can automate both the bypass and several other parameters of each instance as the playhead moves towards the end of your track.

In my opinion, Paragon, with its Dolby Atmos support is exceptionally well suited for not only music but also film and video projects, precisely because of features like these. Paragon is available directly from NUGEN Audio’s website for €509.