Nostalgia at the turn of a dial 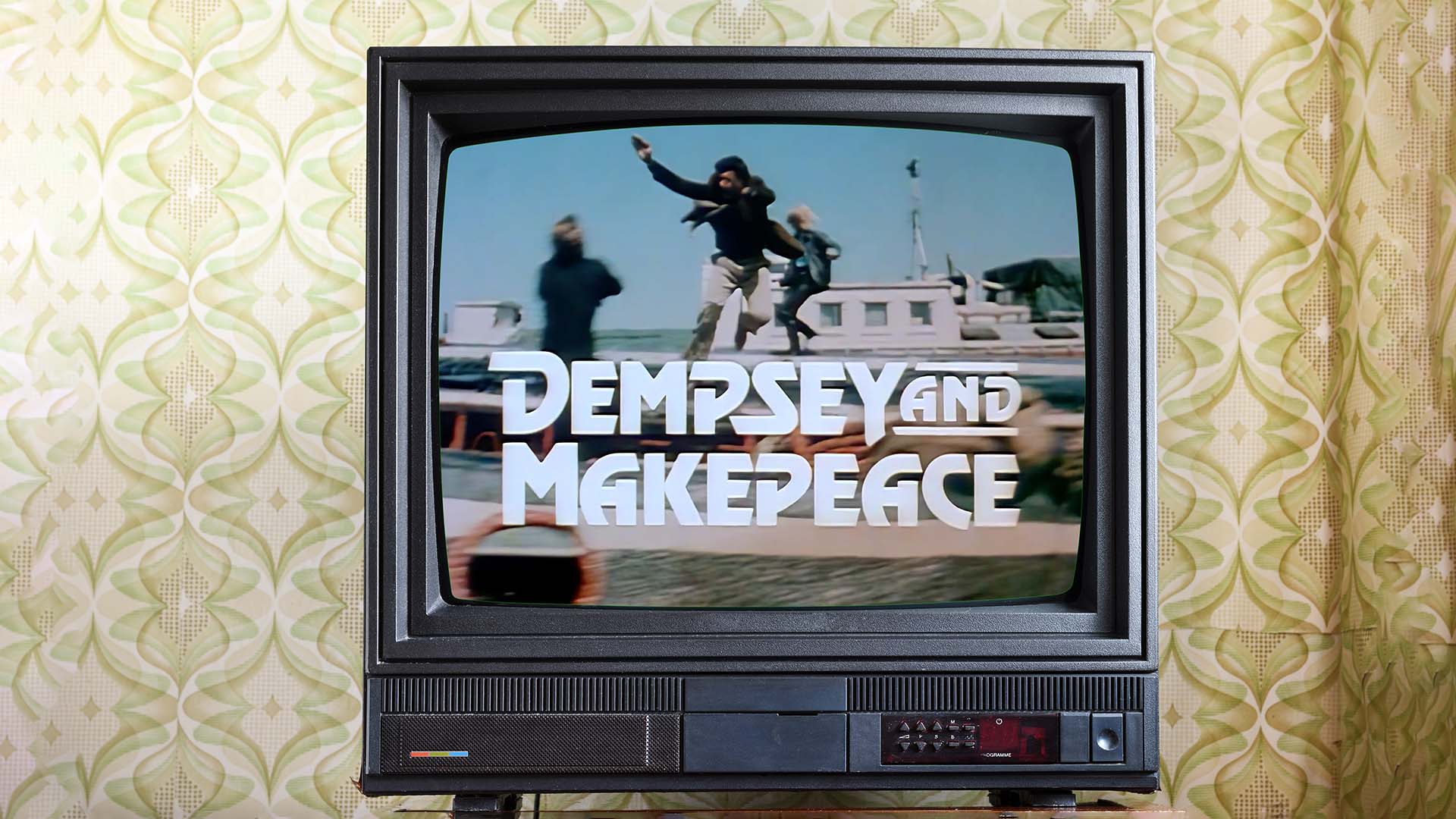 I'm very lucky to live some of the time in West Yorkshire, close to the world's most extensive David Hockney collection (in Salts Mill) and a few minutes' drive from Ilkley, which is a bit like Chelsea with sheep.

Close by are Leeds, the new home of Channel 4, and Bradford, an endlessly fascinating city and one that you absolutely should visit if you're in the north of England. (If you're from the UK, you're probably as puzzled as I am about why the government wants to privatise Channel 4 when it doesn't cost the taxpayer a penny and provides work for dozens of independent production companies).

Smack in the centre of Bradford is an IMAX cinema, and it's what I'd call "proper" IMAX, with a gigantic 60 ft tall screen that's totally immersive through its size and because you sit so close to it. You have to watch the bottom of the screen between your knees because the seats are steeply raked. But it's all good: it's a uniquely great cinematic experience.

The IMAX theatre is part of the National Media Museum and it's awesome. I've been going there for decades and it's just a good place to hang out, especially if you're into TV history and technology. One of the more-or-less permanent exhibitions is about animation, with "cells" from Tom and Jerry and scenes from stop motion animations like Aardman's The Wrong Trousers. (There's another current exhibition about the history of Cryptography - definitely worth a visit).

Childrens' TV shows from early in the history of the UK's TV service were often either animated or made with puppets. If you remember Andy Pandy and the Flowerpot Men, then, like me, you're definitely not a teenager anymore.

HD wasn't even a 'thing' when The Prisoner was first on TV. That's not to say it hasn't been improved by restoration.

Recently, I was in the Museum with my 26-year-old daughter, whose own childhood TV was more Tellytubbies than Muffin The Mule, and she was fascinated by a TV display that looked as though it was broken. Part of an exhibit about a 70s Childrens' TV show - I can't remember which - the screen was flickering badly. It was hard to watch. We both wondered why it hadn't been fixed.

And then I realised: it wasn't the screen that was broken, but me. I'd "forgotten" how to watch a CRT screen.

There aren't enough old-fashioned TVs around anymore for me to suggest you try this yourself. We've become so conditioned to flicker-free LCD screens that hard to remember how "bad" the CRT experience actually was - especially in Europe, where we have 25 frames per second instead of 30fps in the US. But this looked really awful. I couldn't imagine watching it for hours like we did before flat screens.

But back in the heyday of CRTs, it absolutely wasn't a problem. We got used to it. We grew up with it and never expected anything different. And eventually, our brains "filtered out" the flickering. I don't remember ever wishing my TV didn't flicker so much while I was growing up.

After a while, I focused on the picture. Apart from the flickering, it looked good: sharp and colourful (colour TV was introduced in the early '70s in the UK). It didn't occur to me that it would look better in HD or 4K, any more than it would have done at the time when no one was thinking about HD or 4K. I think we can draw a meaningful conclusion from this: that context matters. The medium matters. That standard definition TV program was made for that kind of TV. The program might have looked inadequate in HD or 4K. Apparently, this was a major issue for TV Soaps when they upgraded to HD: the sets just didn't hack it. For all kinds of reasons, productions were "bound" to the context of the display. But it looked good because no one expected any better, nor needed it.

I don't mean that to be damning with faint praise for the program makers: when you've got a limited medium, you pull out all the stops to make the most of it, and they had certainly done that.

Marshall McLuhan said, "The medium is the message," although I don't think he meant it to be taken literally, but if you do take it literally, then it makes sense for film and video makers. Of course, a plot or a script exists independently of the medium, but if you can either shoot natively in a given medium, or emulate it digitally, then you have a vast gamut of emotional and artistic options at your disposal.

Here's an example, from the world of audio. I love to noodle around with modern music technology, but I rarely finish any musical pieces. Partly that's because I have too many tools available to me! Bizarrely, one of my absolute favourites is a new one: it's an effect by Arturia that emulates a vintage preamplifier and tape recorder. You can choose from "wow" and "flutter" as well as "noise" and even mechanical grunginess.

Why would you want to put your incredibly detailed and accurate modern sounds through that? Because it evokes another age. It instantly brings me back to my childhood or listening to cassette tapes on a low-end tape recorder. It's almost like that effect has a direct connection with my memories and my emotions that accompany them. You can lay it on incredibly thick. I added some vinyl noise - absurd in the context of a cassette tape - and it was almost achingly nostalgic, in a sort of aggregate cognitive way.

I think it may even be true to say that our view of history is irrevocably connected to the consumer audio and video recording media from the time. Realising that this is true is a powerful force for filmmakers. Maybe we've always known it, but assumed that this type of historical verisimilitude was no longer available to us in the days of digital recording.

But, if anything, it's more available to us than ever now, through digital emulation and even physical modelling.

Going back to my music recording set-up: I mostly use software instruments, and many of these are physically modelled. What that means is that they are computer models of real instruments. Imagine an accurate 3D engineering model of an oboe. If you could blow through it, it would sound like the real instrument. And if you can model musical instruments, you can also model vintage media, like old mixing desks, compressors, vinyl records and cassette recorders.

And in the video domain, there are plugins and emulations of all kinds of film and video playback systems.

I think this is a complex equation. There are a lot of factors here. But I don't think we should be afraid to experiment with low-fi video and film - and of course, many filmmakers do. It's a tricky tool, but, like the flickering CRT display in Bradford's Media Museum, it's a shortcut to an emotional past.

But we can learn even more if we think back to the times before HD, 4K and HDR; back even before PAL 625-line standard definition. Were black and white TV plays any less dramatic because they lacked the colour and the resolution of today's TV technology? Did anyone fail to get excited by the 1966 World Cup final because it was in monochrome?

I know it's a cliche to say that it's the story that matters, not the medium. But in some ways, our lives have been defined by our consumer media, both in the content and the way it is delivered to us. In the sixties and seventies, TV showed us what we were like, and we showed it back as programme-makers and viewers.