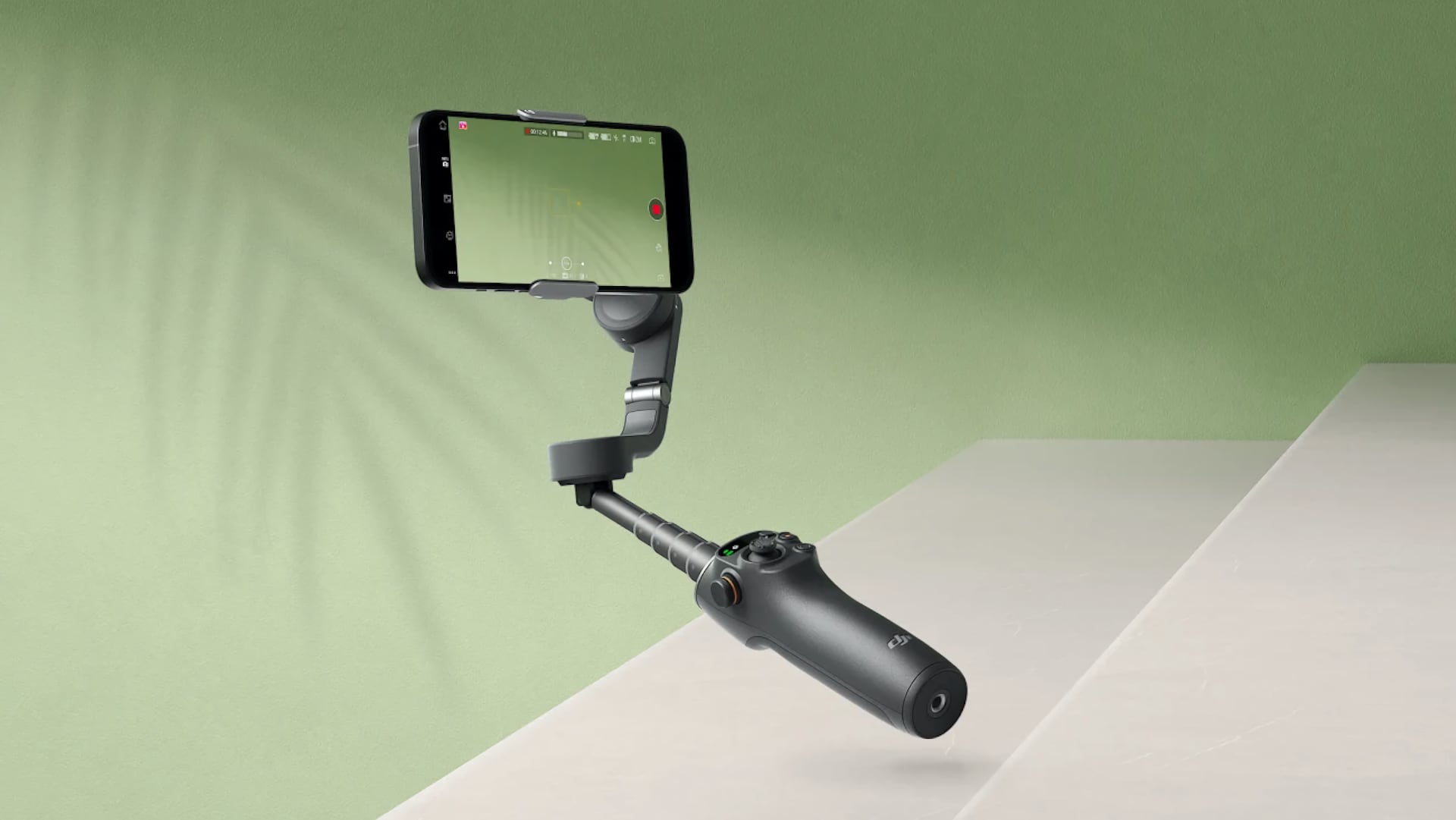 All told Osmo Mobile 6 represents a fairly decent step forward in the field of smartphone stabilisers, with DJI adding enhancements to the device itself, its software features, and also its editing software, as well as building in improved ergonomics and compatibility with larger phones.

In that area, it boasts a newly designed handle and larger clamp to accommodate phones, even when kept safely locked away in their cases. Overall weight is just over 300g, even with built-in extension rod.

The Quick Launch feature for iPhone users is an interesting one. Once unfolded, attaching an iPhone to the stabiliser automatically triggers the Mimo app alert to enter the camera view instantly. Preparation time is dramatically reduced as a result, with the device up and running three times quicker than previous models according to the company.

OM 6 also features an enhanced version of DJI’s ActiveTrack.  ActiveTrack 5.0 offers more stable tracking at longer distances and also allows the front camera to track subjects that turn to the side or spin.

A new built-in status panel and Mode button enhance usability, allowing users to quickly check the battery level and switch between the four gimbal modes. These, for the record, are:

● Follow: In Follow mode, the camera view follows the gimbal's pan and tilt movements and stays level during rolls. This mode is suitable for shooting up, down, and diagonally.

● Tilt Lock: The camera view only follows the gimbal's pan movement and stays stable during tilts and rolls — ideal for shooting horizontally or moving around a subject.

● FPV: In FPV mode, all three axes of the gimbal follow the movement handle. This is wonderful for dynamic filming of still subjects like landmarks, buildings, or statues.

● SpinShot: Push the joystick to the left or right to control the rotation of the camera view and create dynamic footage. It’s perfect for shooting push, pull, and high-angle shots.

Osmo Mobile 6's new Side Wheel allows easy adjustment of focal length and provides zoom in and out with buttery smoothness (DJI’s words). A press on the side wheel switches to manual focus control.