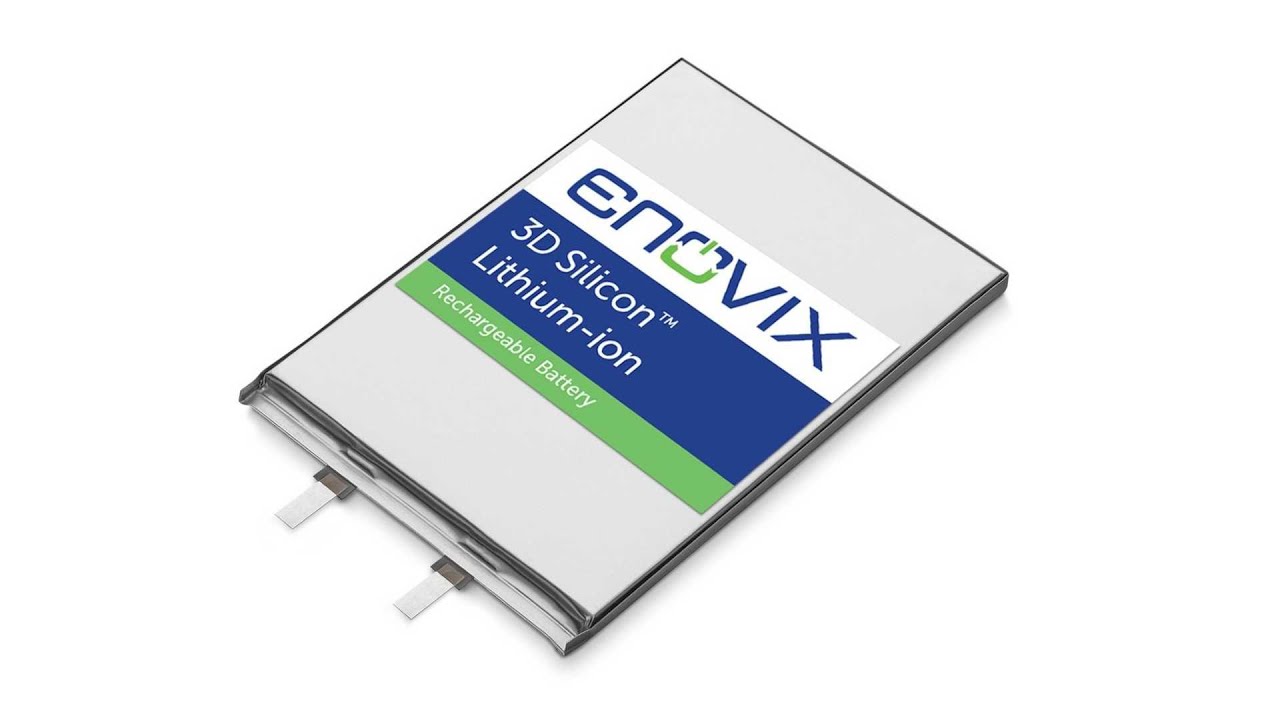 A new start-up is promising to mass produce a new type of Li-ion battery with double the energy density of existing technology.

Another day, another new story about batteries, and in the eyes of the world that generally means electric cars, but for RedShark readers it also means cameras and lights. We’ve been cautious about discussing new battery tech, for reasons I’ll discuss later, but this one’s interesting because it’s not so much a dubious alien technology promising phasers by next weekend, but an improvement in the battery's energy density.

To put the idea of energy density in perspective, one of the reasons that it’s been tricky to make electric cars practical is that the fuels traditionally used to run road vehicles has an absolutely enormous energy density. A lithium-ion battery achieves a bit more than half a megajoule per kilogram, while road fuels rate around 45. Even given the woeful efficiency of an internal combustion engine, which wastes 80% of the fuel as emissions and heat, it’s been very hard to beat the almost 90:1 benefit, kilo for kilo, in the energy available from oil.

Because of that vast energy density offset, a very large financial reward awaits anyone capable of improving battery technology. That’s attractive to venture capitalists with big ideas, who then go and fund lots of companies with ideas in the flaky-but-ambitious category. The result is that technology journalists often need a whole separate spam folder just for announcements about highly speculative new battery designs. They’re almost a cliché of the Silicon Valley venture capital scene, and for a while we’ve made a point of not writing about any project that’s still at the laboratory stage.

This battery is actually shipping

Enovix, however, while being a Silicon Valley venture capital project intended to improve battery technology, is actually shipping a product. Round of applause!

Not much product, to be completely fair, but the company talks extensively about plans to manufacture “at scale” in the near future, which is really the litmus test for any new design – can it be made in commercial quantities at workable prices? There are lots of approaches to making better batteries that have been demonstrated on a test bench, some of them promising practically supernatural performance. The challenge is to manufacture them affordably and reliably, using materials that aren’t expensive or in short supply, and achieving a respectable lifetime. Enovix seems very aware of that, and at the time of writing was promoting a showcase broadcast from its California HQ in just a few days on July 15th entitled “Enovix Advanced Battery Production Showcase.”

Enovix’s announcement does not make particularly outrageous performance claims and is based on fairly well-known science. It is an improvement of lithium-ion batteries, using a silicon rather than carbon anode. Silicon bonds with more lithium ions than carbon does, leading to improved capacity. The problem with doing that is that the silicon will swell as the battery is charged and shrink as it’s discharged. That leads, through a few slightly complicated physical processes, to reduced cycle life, perhaps as low as 100 cycles. So far, silicon anode lithium ion cells have not been practical.

Enovix’s approach is, to simplify terribly, to encase the cell in a stainless-steel enclosure that has enough strength to resist the swelling. The company refers to it as “3D Silicon,” with stacked components, and the benefit is something like a doubled energy density per unit volume. Energy density per unit weight isn’t discussed, although the company does talk about things like wearable devices, comparing its product to the performance of the battery in an Apple watch, and at that scale the weight penalty barely seems relevant. Even if it was, as the man said to the kid in Jurassic park: “Is it heavy? Then it’s expensive. Put it down.”

These steel-enclosed batteries offer, according to company numbers, a bit less than double the capacity per unit volume compared to conventional designs. It’s not a revolution in terms of weight or capacity and we know nothing about costs; the steel enclosure is described as “laser-patterned” and that does not sound like a low-cost approach compared to common battery manufacturing techniques, which can be fairly approximated as making a roll of plastic and chemicals and sticking it in a tube. Still, half to two-thirds the size? Certainly we’ll take that, and the electric car people will definitely take that.

To look at Enovix with the most jaundiced possible eye, the first thing under the photo album on the website is the title “Investor Relations” and the list of products is lower down the page. We learn about Enovix via a press release discussing its acquisition by Rodgers Silicon Valley Acquisition Corp, and that press release spends a lot more time discussing finance than it does technology. Still, at least the organisation has products, three cells that it describes, in increasing order of size and capacity, as suitable for wearables, handsets and laptops. Given that the innovation principally reduces size for a given capacity, these markets make a lot of sense.

Maybe one day we’ll see them in V-mount.