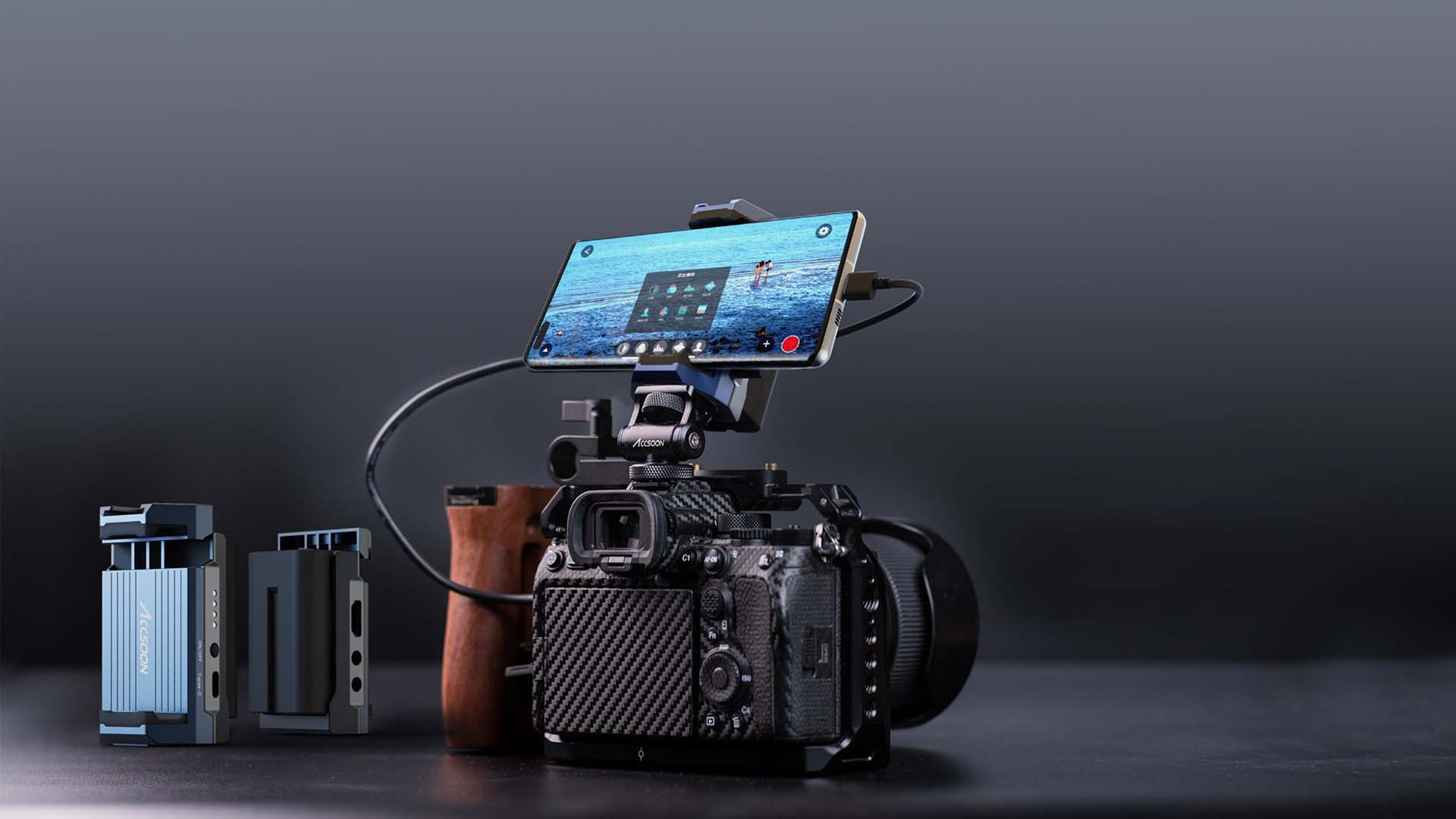 Accsoon M1: Use an Android Phone to Stream, Monitor and Record Video

Accsoon is introducing the M1 HDMI to USB-C adapter that will allow an Android phone to act as a monitor, recorder, and streaming device, all on one Sony NP-F battery. You’ll be able to attach the phone to your camera, and the adapter effortlessly sends the video signal to the Android.

The Accsoon M1 HDMI to USB-C has only been teased across the company’s social media, and a formal announcement has yet to be made. However, this looks like a real winner for filmmakers looking for an affordable streaming, monitoring, and recording option. While it’s only aimed at Android devices, it may be worth iPhone users purchasing a Galaxy, for example, to use with their camera.

The M1 will include the HDMI input and two DC outputs. As mentioned above, a Sony NP-F battery will power the Android and camera, and the adapter will be attached via a mounting pin.

Other devices from Accsoon include the CineEye 2 and CineEye 2S Pro wireless video transmission devices and the recent Power Cage for iPad, which is great for on-set monitoring.

Stay tuned for more details when we get an official announcement, plus Accsoon's site.

Adobe has replaced the auto button found in the Lumerti Color Panel with a new feature, Auto Tone (beta). This promises to quickly fix and enhance the look of a shot that you’re working on. There are sliders to allow further refinements to temperature, tint, exposure, contrast, highlights, and more.

If you ever selected the old Auto button, the results were less than satisfactory, since it was so limited. However, Adobe says their advanced algorithm will analyze the shot and make the proper adjustments via its state-of-the-art color science. Plus, you can further refine the look, as mentioned above.

It’s part of their beta apps, which you can access under Categories. Let us know what you think of the new Auto Tone feature, and it's available now as a beta. Check out Adobe's Premiere Pro site.

The Nova P600c comes with a diffusion panel that can be removed, so you can add a soft box or other accessories. There's a 4-light engine zone control; hue, saturation, and intensity (HSI); fully tunable green-magenta adjustment, max and constant output modes; a LumenRadio CRMX control box; and more.

The new Aperture Nova P600c will cost $3,290 USD, and $3,490 with a rolling hardshell case. You can also add a Chimera, Octa5, Medium Lightbank, and Small POP Bank for additional costs. It ships in the fourth quarter of 2021.

Learn more about the Aputure Nova P600C light on its site.

While the ads for the mobile filmmaking features are pretty much hype, there is a lot to appreciate with the Xiaomi 11T Pro. In addition to above details, it has a triple camera setup including a 108 MP wide-angle, 2x telemacro, and 120° ultra-wide angle lens. It also has a DisplayMate A+ rated 6.67’’ FHD+ 120Hz AMOLED display.

Powered by Android, there are plenty of filmmaking features ('one-click AI cinema') that ship with the Xiaomi 11T Pro, like Time Freeze, Magic Zoom, cinematic filters, etc. FiLMiC Pro would be an absolute essential addition to this phone.

The Xiaomi 11T Pro comes in 3 colors and you can get all the details on their site.