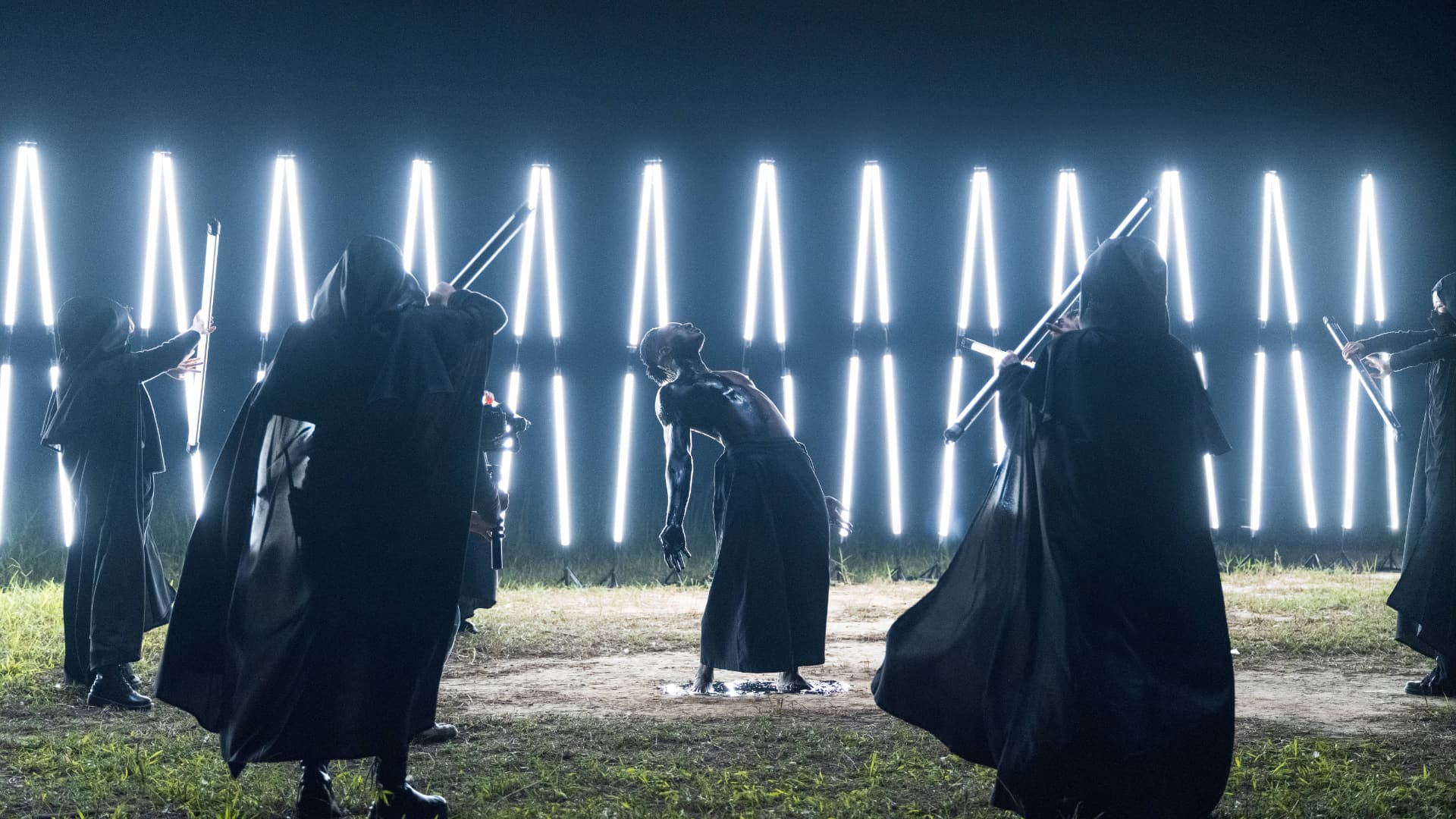 3 minute read
Getting creative with the PavoTube II

A bit of something for everyone as Nanlite updates both its compact LED range and its well-regarded tube lights.

Nanlite has started 2023 with a bang with new versions of two products in its increasingly popular range.

The company’s range of Forza compact LEDs gets a total of six new models, three daylight and three bicolour, comprehensively overhauling lights that were first introduced three years ago. 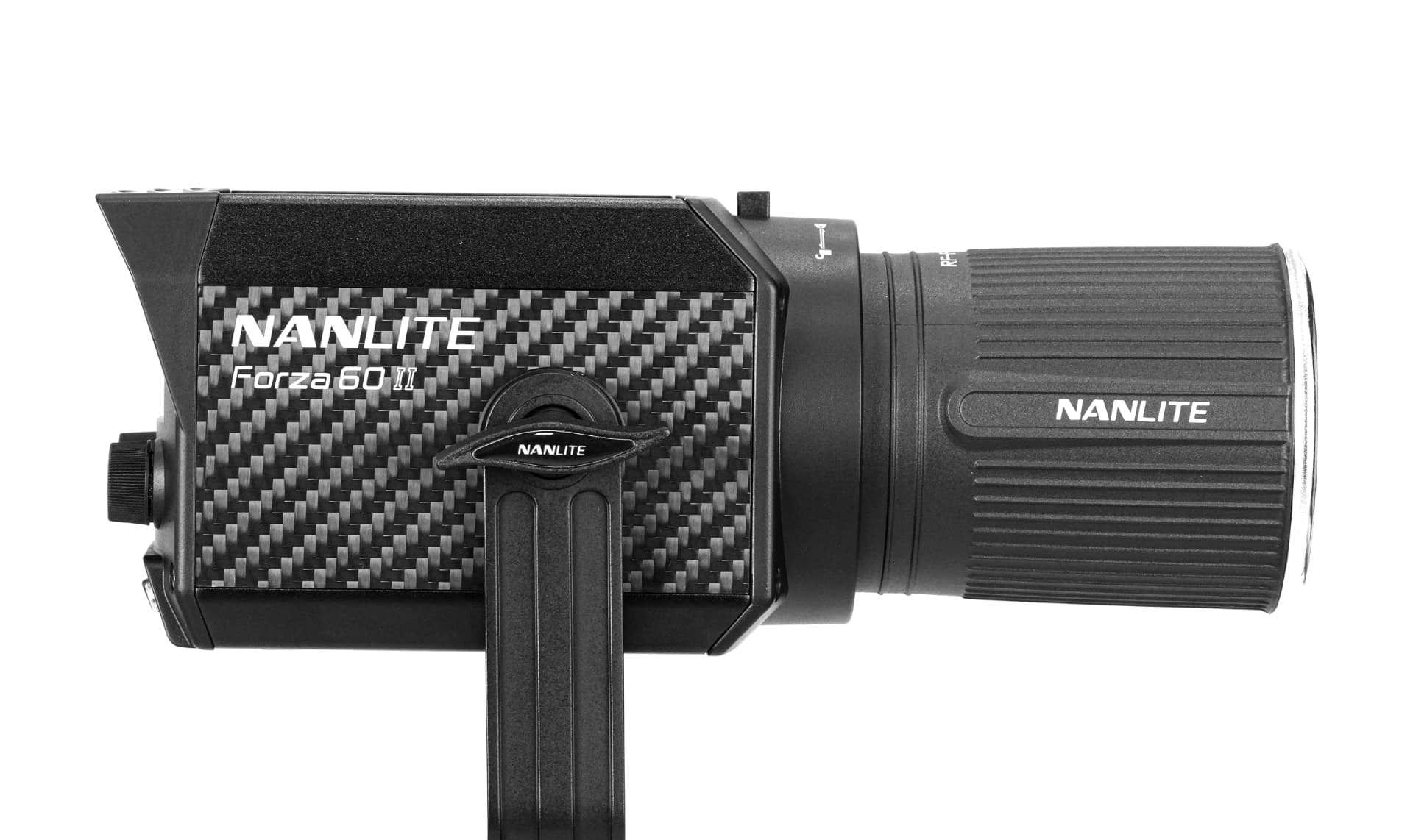 The Forza 60 and 60B II output 3420lux/2096lux @1m with light only, incorporate Maximum/Constant output modes, and the Forza 60B II features uniform light ratio while adjusting CCT from 2700K to 6500K. Both models also perform excellently in colour rendition and are CRI and TLCI rated at 96 and 98 respectively.

The lights include 11 and 12 special effects respectively with adjustable parameters, and feature multiple control options, including on-board, 2.4G, Bluetooth, and DMX/RDM. Noise level has been lowered to 20dbA and both use the same compact and sturdy FM Mount. An included adapter provides compatibility for Bowens mount accessories. Apart from AC power, the lights have a DC power option via a battery grip compatible with either an NPF or V-mount battery. Both also support firmware upgrades via the USB port on the bottom of lamp head, and Nanlite promises that new features and operations will be brought on board based upon user feedback via firmware updates.

The range continues with the Forza 300/300B II & 500/500B II, which the company says are the main dishes if the 60 and 60B II are the starters. Covering power consumption of 300W/500W and a CCT range of 2700K-6500K, the company claims that the typical intensity loss when adding bicolour functionality is avoided with these revamped lights. All fixtures feature W(RG)/WW(RG) color mixing systems with G/M±80 tunability. True-to-life colors look impressive, with the Forza 300/500 II producing CRI/TLCI scores of 96/97, and the Forza 300B/500B II CRI/TLCI coming in at 96/97. 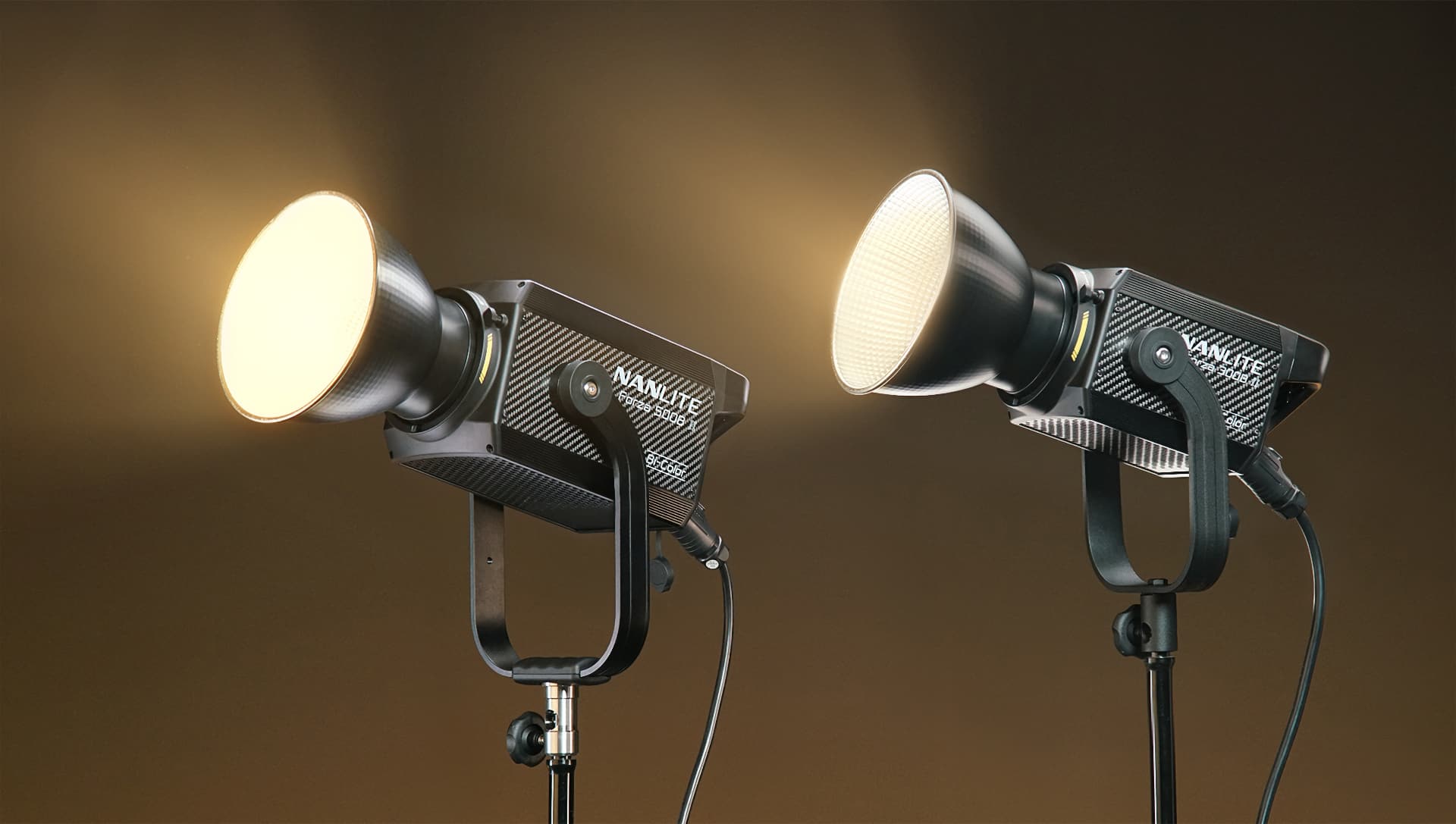 The control box features a new compact concept with the power adapter incorporated inside, reducing the overall control unit size of the Forza 300/300B II by 37% and the Forza 500/500B II by 16%. V-mount battery plates on both sides, curved yoke with one-sided locking mechanism and integrated quick-release device all provide more convenience on set.

All four fixtures include built-in 2.4G and Bluetooth dual modules, and support DMX/RDM control via wire connection to meet the demands of film crews for more complicated lighting control in groups with precision and stability.

They run on dual batteries (14.4V-14.8V batteries can be used simultaneously) and all units also support single battery power operation for fast power switching when in low battery crisis. This innovation enables hot plugging as well as hot swapping between AC/DC, and, talking of all things heat, noise levels are lowered down to 23dBA in smart mode, one of four available. 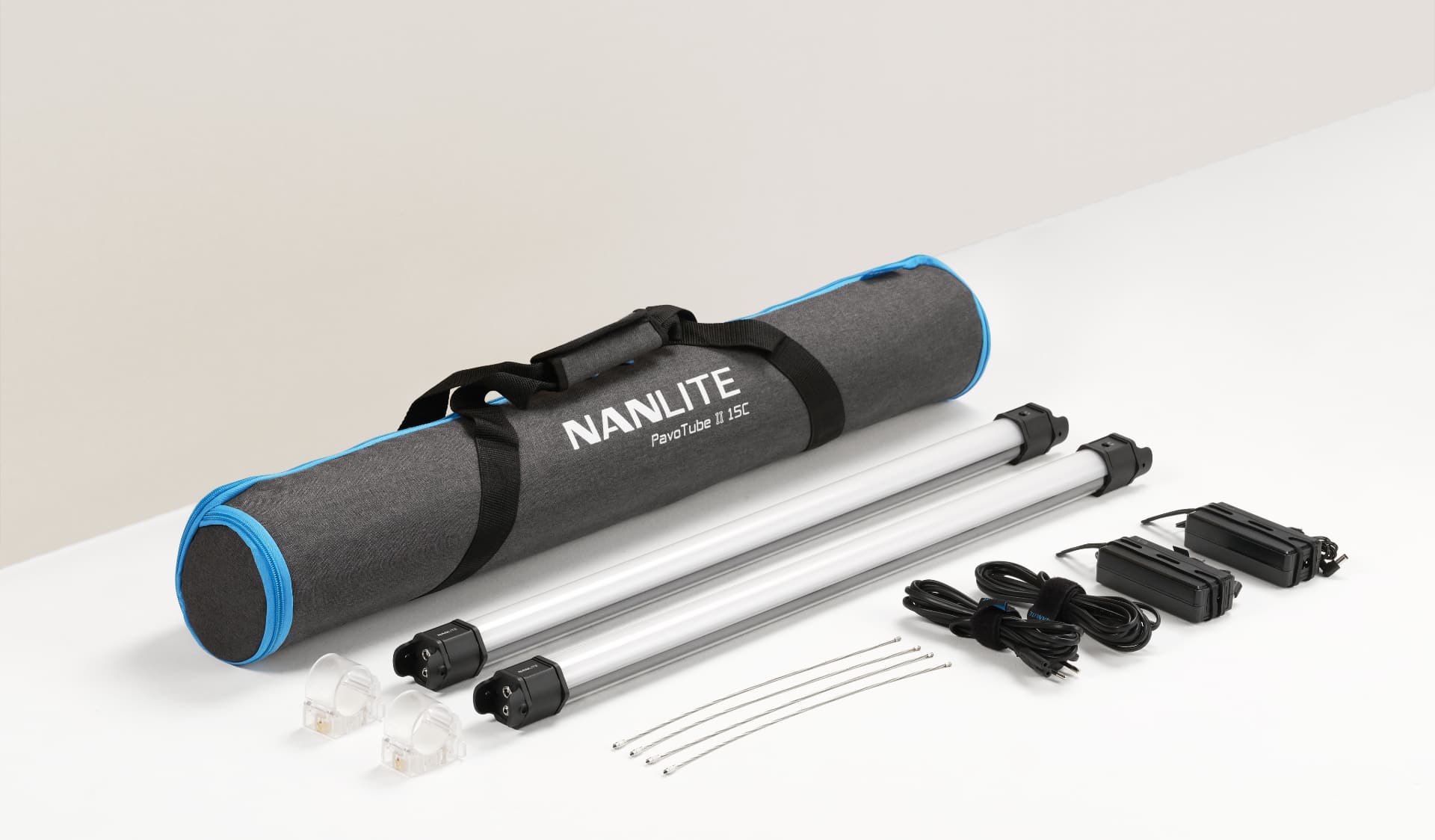 Then there’s the new PavoTube II 15C/30C, billed as an inside and out upgrade.

The two tubes output more power compared with the previous versions—although they come in almost the same dimensions — and are 10% and 20% brighter respectively. On-board control has been optimized with a much more intuitive two-knob operation. For example, one short press of the dimmer button reinstates the previous intensity setting instantly.

Both have built-in Bluetooth and 2.4G modules with NANLINK APP controllability. Multiple parameters are customizable under CCT/HSI/FX modes for more intelligent wireless control. All lights support wired DMX/RDM for control in groups, which can be a huge help when making a spectacular visual impact.

They allow for PD3.0 (Power Delivery) charging, power supplying and firmware updating via the USB Type-C port. PavoTube II 15C builds in 14.8V/2200aAM lithium battery and PavoTube II 30C builds in a 14.8V/4400mAH lithium battery. They can also be powered by connecting the included 15V/2A and 15V/4A power adapter respectively.

Built-in effects increase to 15 from the original 6, while a variety of accessories have been tailored for the new units including barndoor & eggcrate, clips and floorstands.