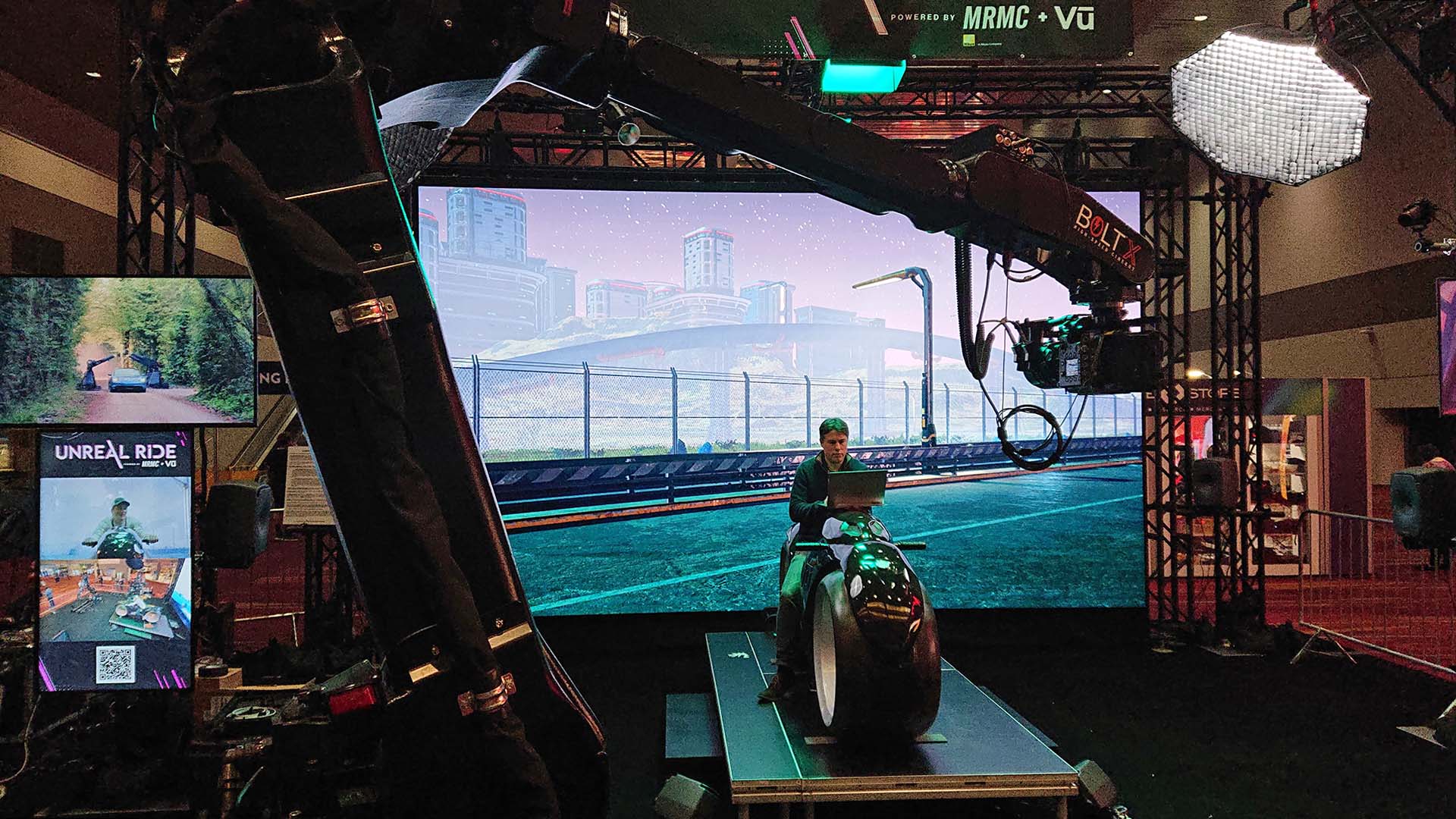 2 minute read
This is the year of Virtual Production. NAB 2022.

There’s a level at which using a motion control robot to shoot virtual production is cheating. Usually, the crew is free to throw the camera around wherever they’d like it to be, using entirely normal techniques, even operating handheld, using camera tracking devices. The first exhibit confronting visitors to the 2002 NAB Show in Las Vegas, though, is one of the whirring, blinking products of Mark Roberts Motion Control aimed squarely at a motorbike in front of a big LED video wall.

It’s usually easy to determine the principal theme of a trade show, and it’s very easy to describe 2022 as the year of virtual production. What’s less obvious is how well these keynote technologies are likely to do in the long term; after all, shows like this one spent several years raucously cheerleading stereo 3D. There was always a lot of caution about 3D because it sometimes didn’t work very well and was being pursued with too much of an eye on immediate-term saleability to the viewing public and not nearly enough on its actual effectiveness.

Even if we take into account the hype generated by a certain well-known Star Wars spinoff TV series, it’s hard to claim that LED video walls don’t have a certain something; hence their almost universal popularity. Even among actors, and their presence in the central concourse of the Las Vegas Exhibition Centre.

MRMC’s purpose is to demonstrate the integration of its motion control systems with virtual production. It should hardly be necessary, after all, to perform optical motion tracking on a camera that’s already mounted on a device designed to position it very precisely in space, as the Bolt robot is. Built much more like an industrial robot arm than the company’s long-established products, Bolt, as the name suggests, is designed to move fast enough to follow things like falling liquids and tumbling coffee beans. 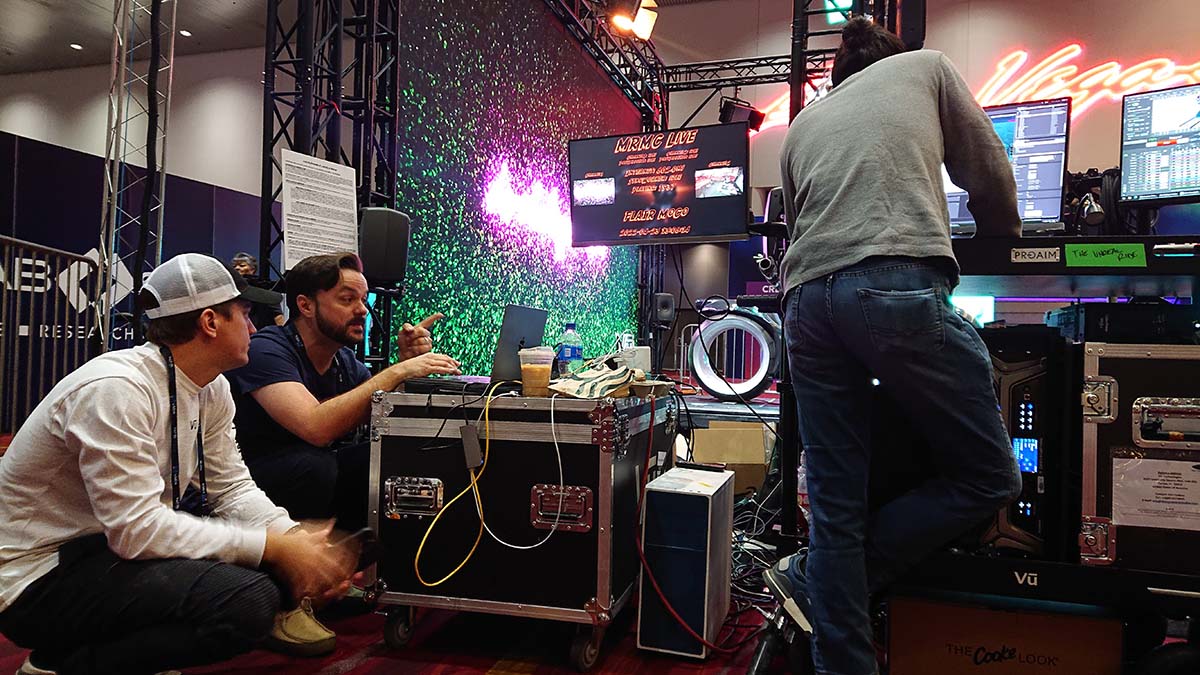 In the same way that anamorphic lenses are demonstrated with flashlights, motion control robots, it seems, must, by law, be shown photographing plummeting food. Now, it seems, they can be used to photograph raspberries falling into yogurt in a virtual production environment. However, the ability of many video walls to achieve very high frame rates, as would be required for a lot of that kind of food-commercial work, will naturally place some limits on this most traditional of motion control subjects. With some productions booking robotic cranes to guarantee a smooth, repeatable camera move on an otherwise conventional shot, MRMC’s virtual production integration will undoubtedly be valuable.

As the stack of computer equipment by MRMC’s exhibit demonstrates, full virtual production currently requires something of a Jenga tower of technologies to manage camera position data, render the scene, and display it on the LED panels in a way that’s acceptable to the camera, not to mention the setup of the camera itself. There seems to be no great imperative to unify all of this into a single product, in much the same way we like to keep cinema production cameras reasonably modular to enhance their flexibility.

That being the case, it’s no surprise to find a selection of relevant companies at this year’s show, including Mo-Sys, the company behind the StarTracker system which works in situations where we aren’t mounting the camera on a precision crane, and Brompton, the company responsible for many of the video wall controllers used in virtual production. But, of course, displaying images on LED panels in a way that looks as it should on camera is not necessarily a completely straightforward thing, as anyone who’s taken a cellphone snapshot of a big LED hoarding will know.

Precisely because of that sort of subtlety - and because it’s likely to be such a big deal as we advance - this is a subject to which we’re likely to return, even if, for the time being at least, the sheer costs associated with this sort of virtual production are likely to keep it reasonably exclusive.