Loupedeck Live has great potential to speed up workflows 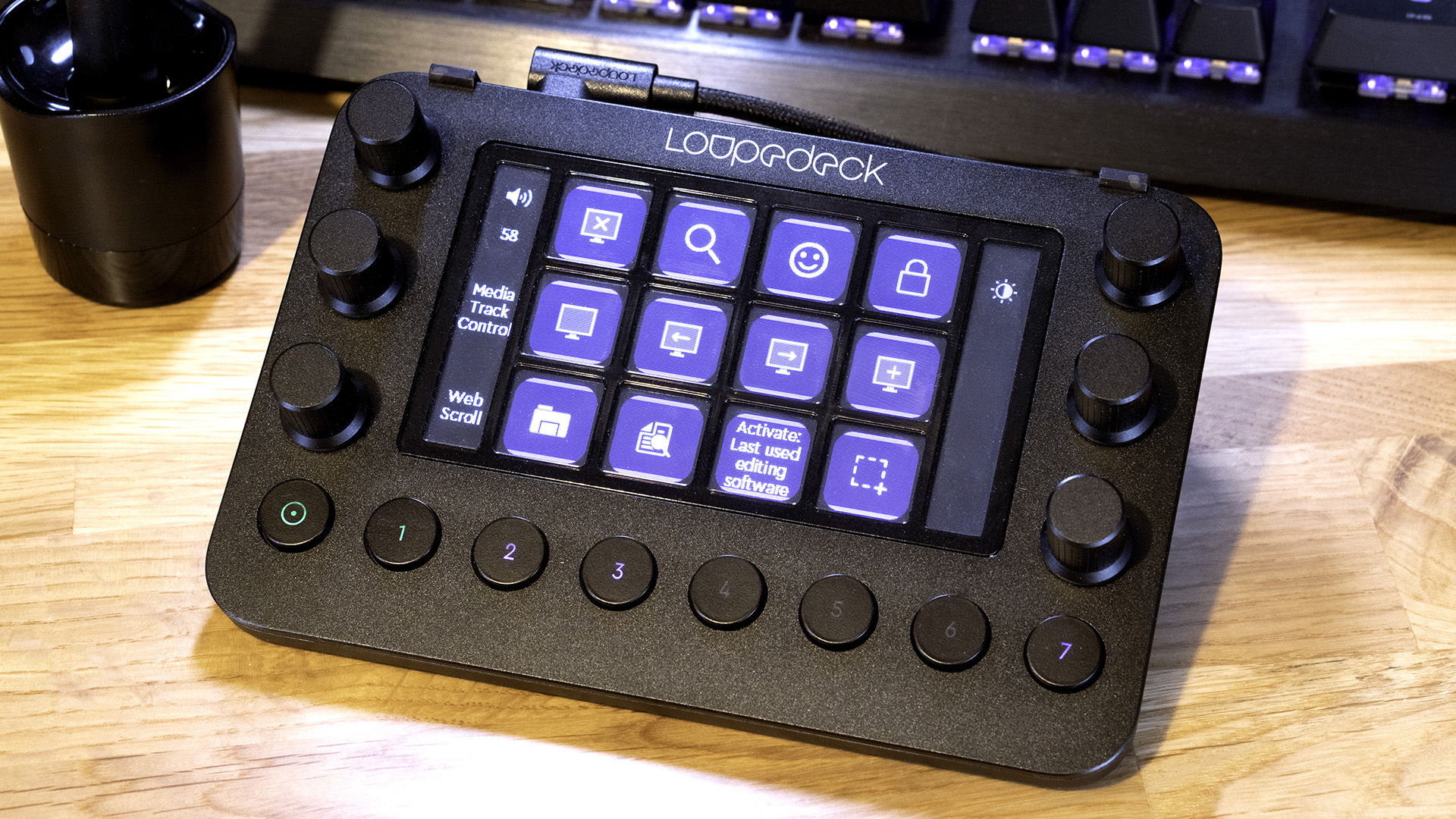 Loupedeck Live Review: The Loupedeck Live is an affordable control surface aimed at live streamers. But as we find out, it is capable of much more besides.

It can be difficult to choose – or even know if you need – an additional input device on your desk and this has been made all the more difficult recently as there has been a mini explosion in this device category. Loupedeck have added another product to their range of consoles - aimed at the live streamer and content creator this device retails at £229.

It almost entirely replicates the top half of the more expensive Loupedeck CT. This smaller device houses a 4.3-inch 480×272 pixel LCD with capacitive touch panel which is subdivided into 12 buttons each with it’s own label and every button has raised edges so that you can locate your fingers fairly easily.

The screen also has 2 vertical panels which act as labels for the 6 adjacent rotary controls. Each of these controls has detents as well as a secondary function button. Below these are 8 round buttons with RGB backlights which can act as shortcuts to workspaces although these are only simply labelled 1-7 and Θ. Included in the box is a simple but effective stand, a detachable USB-C to C cable with a right angled plug on one end and a USB-A adaptor

Initially I had setup issues with the software on Windows 10 as it was not seeing the device; I managed to sort it out by making changes to my VPN settings as it’s installed as a network device. The first thing I discovered was that the Live has haptic feedback which can be adjusted from within the software and you can also easily disable it. One other useful feature is that you can use the touchscreen to swipe between pages of buttons. This isn’t the only way of doing this though as you can assign touch buttons to act as a ‘next & previous’ page controls. 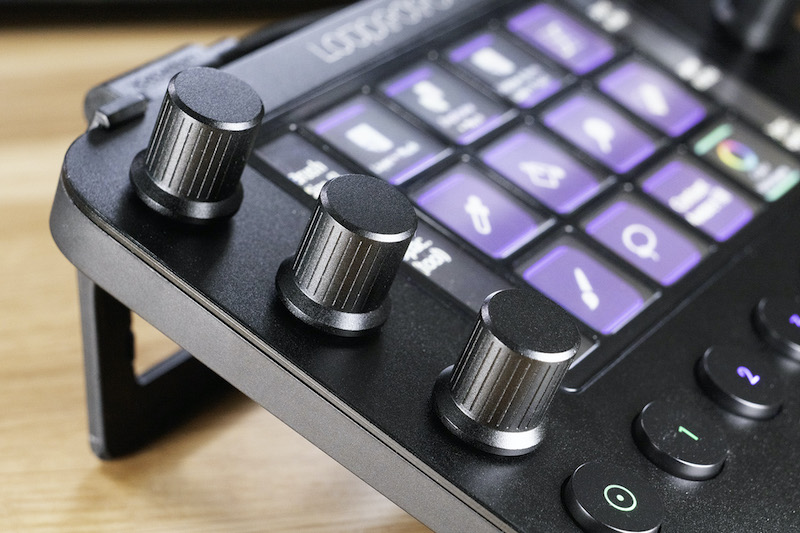 Dials on the Loupedeck Live.

Layouts are assignable on an app or program by program basis, even Adobe camera raw has its own set of sub commands which can be used and re-assigned at will.

The sheer number of options available is a little overwhelming when setting it up. You can have 7 different work spaces (within a single programme) which you select by using the 7 buttons on the bottom. The button on the left can act as also act as a home button.

Loupedeck make available several presets for popular apps and programmes, although these are divided into 2 categories – creative plugins and custom profiles. With the purchase of this device you get access to all available plugins and profiles without any additional cost. The plugins differ from the profiles in one key area, native API access which allows a workflow that’s a lot more intuitive.

The Loupedeck Live works well for Photoshop, especially when teamed with a Wacom tablet or similar. Although you may need to spend a considerable amount of time tailoring the profile that Loupedeck have to suit your way of working. There is no limit to the amount of buttons you can add -  although you can’t drag buttons between different profiles or pages within the same profile, a bit of an oversight.

I also tried using it with Davinci Resolve and whilst it does provide some handy shortcuts you really need a secondary control, something like a jog shuttle wheel with transport controls. The downloadable default Davinci profile has JKL assigned to one of the rotary controls and was rather too sensitive. I also found that when using these controls at the side of the screen it was quite easy to activate one of the touch buttons with the side of my hand or one of my fingers when it was located to the side of my keyboard and using only one hand.

As to what is missing? Well, I would prefer to have all tactile buttons, I know they’ve tried to give you some positive feedback with haptics but it’s just not the same. I’d also have liked to have some of the rotary controls without detents and some way of adjusting sensitivity of them.

Price Vs features is a difficult balance to strike for products like these, overall - in the right hands - it has the potential to help speed up workflows with a useful mix of touch and tactile controls.